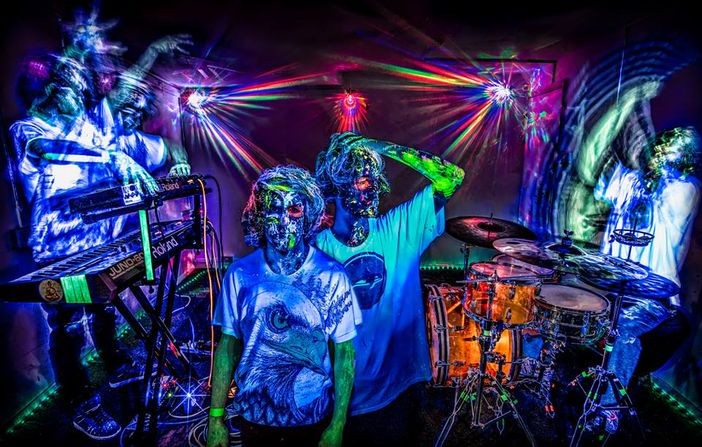 Armed with a collection of not-so-well-known tunes and an inquiring mind it’s Getintothis’ Mike Stanton firing Unknown Pleasures at your face once again.

More synthy goodness for you this week and we have two synth-heavy tracks either side of some sun-kissed psychedelia for your delectation.

From Dublin (a current hotbed for electronic talent) Jason Dowd aka Any Colour You Like produces lo-fi atmospheric electronica. There are obvious comparisons with artists such as Boards of Canada, Ulrich Schnauss and Tycho but Dowd has managed to cultivate a sound of his own. Dowd is the owner and founder of Eyesix Records where he looks after several other bands as well as releasing his own music.

It’s all about atmospherics and melody for Any Colour You Like and building layers of psychedelic-tinged downtempo moods. With more than a nod to Tangerine Dream Crepusculine has the feel of moving to the next-level and shows real progression. It is undeniably IDM and could have been written and recorded in the early 80’s. Filmic in its construction and wide and expansive it seems to hint at a story, there is a narrative there to explore.

Any Colour You Like is prolific in his output and there is a huge selection to be found on the Eyesix Bandcamp page, a place of much goodness and joyous exploration.

Californian five-piece Kid Bloom have released their brand new single Lately It Feels Alright. The track is taken from their upcoming debut EP A Different State Of Mind out later this year.

Lately It Feels Alright is out now.

Retro-wave, synthwave or just plain synth-nostalgics, Soccer96 definitely exist in that 80s revival factory that has been sweeping the globe like a planetary sunset. Dan Leavers (Danalogue) and Max Hallett (Betamax) normally curate synths and drums respectively at London-based jazz, electronica, funk and psychedelic rock outfit The Comet Is Coming. Here on Megadrive Lamborghini they have given free-reign to their innermost 80s fanboy by combining anthemic synth-scapes, gossamer-fused production and bouncy groove-shaped beats that create warm and fuzzed drama. Melody is key and it melds with dream-like vocals and a smooth soulful vibe.

Megadrive Lamborghini is instantly catchy and a sure-fire summer soundtrack, all it requires is a slow-glow sunset and amber clouds.

Their album As Above So Below will be released September 23rd via London label Slowfoot Records.