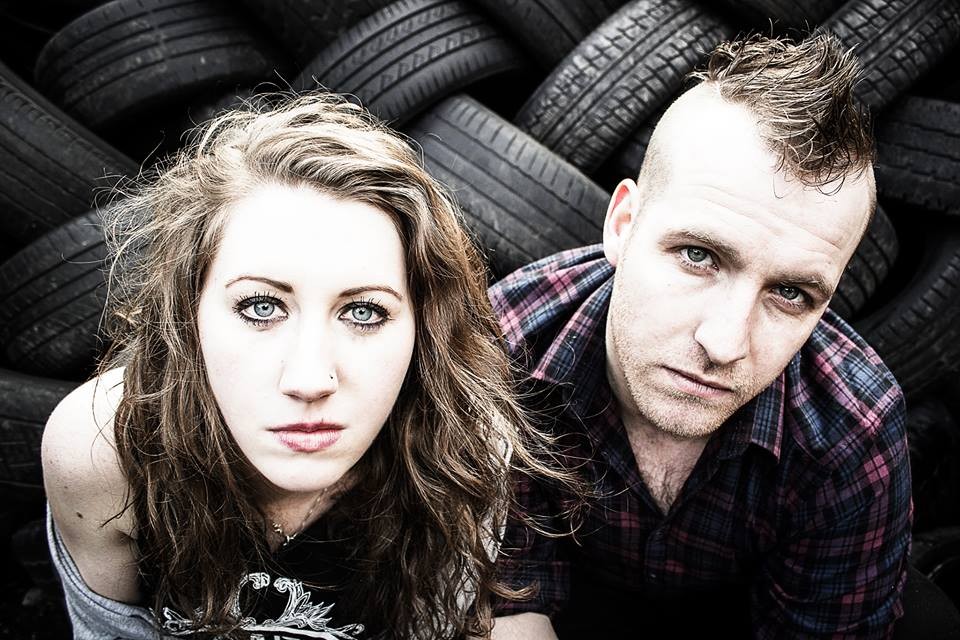 Having earned their place among the country’s heaviest rock acts, The Hyena Kill are back with a UK tour, Getintothis’ Mark Davies has all the details.

In 2016 The Hyena Kill have sold out a string of shows in their home town of Manchester, killed it in the Netherlands, had spots at Chaos Fest and Bloodstock and released their long awaited debut LP ATOMISED.

The album followed their gnarly 2012 EP GUSH and was released via their own Proud Cow imprint. The adrenaline-fueled duo have returned to lay waste to the country proper with a full UK tour, including a stop at Arts Club on October 13.

Boasting eight tracks of furious, full-tilt rock’n’roll, The Hyena Kill‘s debut LP makes no concessions to those looking for a nice wholesome band to bob their head to. These guys want you to set the world alight, whilst screaming your face off. ATOMISED represents a band who aren’t afraid to carve out their own space when other Manchester scenes can’t handle their particular blend of uncompromising venom.

Check out our monthly metal column, Dysgeusia, for all things heavy

Recorded and mixed by Tom Peters at the Grand Studio in Clitheroe and mastered at the legendary Abbey Road studios by Christian Wright (who also cut Radiohead, Blur and Ed Sheeran to name a few). You can order ATOMISED via the bands bandcamp site.

Atomised promises to be a powerful, snarling snapshot of what it means to be young, adrift, and frustrated in modern Britain.