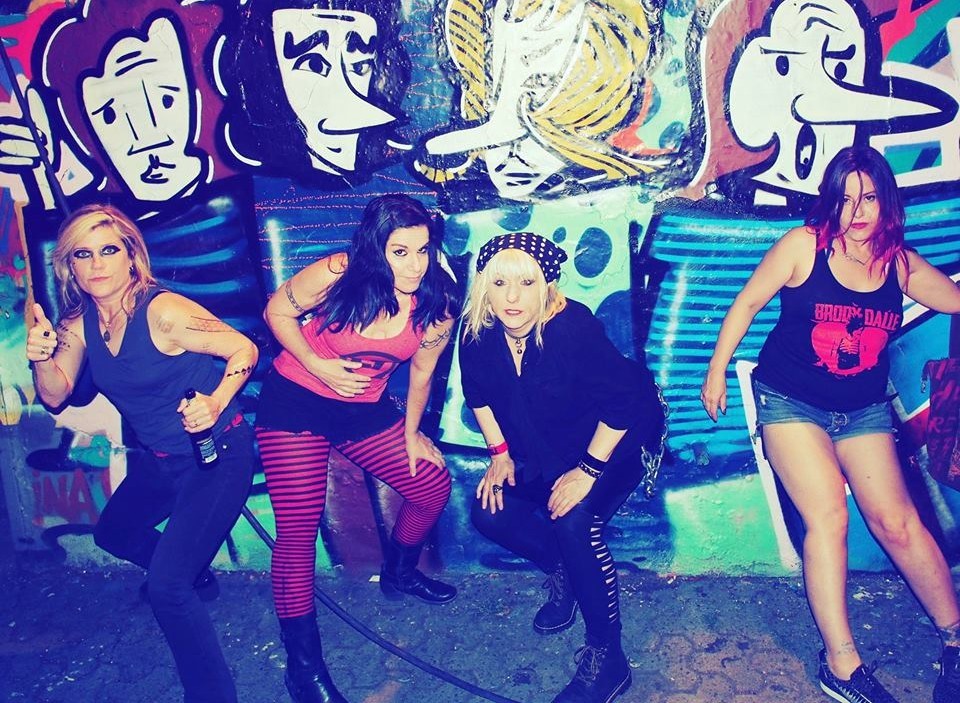 As a reunited L7 find a new audience receptive to their articulated rage, Getintothis’ Joe Ray Woodhouse channels his anger and joins the adrenalin rush.

With its buoyant music scene, the early 90s was the ideal time for the jilted generation to be alive. Alternative rock blew up, grunge became a thing, and it was easy to hook onto something which explained your frustrations away. The likes of Nirvana, Pearl Jam, Soundgarden, and Alice In Chains empowered millions. And then it all went away.

The frustrations didn’t though, and millennials don’t really have ready access to the sort of music that channels such thoughts so easily, in comparison to what Generation X’ers had anyway. The above names either no longer exist or have become a weathered, calmer version of their former selves. Being angry isn’t popular anymore, it’s such a shame.

Thankfully L7 have recently reunited to save us all. Or those who are aware of the band with that one good song anyway.

L7 (Donita Sparks, Suzi Gardnr, Jennifer Finch and Demetra Plakas) are a little bit grunge and a little more metal. They released six heavy hitting albums and one hit, Pretend We’re Dead, over the course of eleven years, before finally going their separate ways in 2001. Fast forward thirteen years and overwhelming demand from fans, the band reunited. With no label to back them up, and no new album to promote, the band could do what they do best, which is to rock the tits off their fans. Their words, and they don’t tell lies.

Here’s what else is going down in Manchester this month

The Manchester 02 Ritz show was a pure adrenalin rush. There was little downtime between songs, and any conversational moments felt like lead-ins rather than random tangents. “Hello darling, hello buttercup, hello jackass” felt like the only way to enter into the song Slide (“I’m kickin’ you out and you know why“), then playing the ‘Have You Ever‘ game in regards to listening to L7 was the perfect way to have a little bit of fun, creating a sense of unity in the process. “Have you ever tried meditating to L7 which ended in masturbation?” It’s an easy thing to do.

The magic of L7 is how easy it is to latch onto the lyrics, how natural it feels to scream them out and feel a little stronger because of it. Song titles such as Shove, Drama and Shitlist don’t hide any subtleties, and work wonders with the furious guitar riffs that accompany such fuck you lyrics. This is music for those who are sick of being treated as a lesser being, for those sick of having their heads filled with doubt. It’s the Gen X mentality, now pumped out live for those who couldn’t be there back when, or for those who needed to return because life continues to be full of the worst sorts of people. It’s like medicine, there is no other way to describe it.

As for as reunions go, L7 do feel like they’ve been away, but away in the sense that the band have taken a long break so they can actually kick out the jams without appearing tired. With so much energy, passion and chemistry on stage, it’s a better outcome than those bands that kept on trucking only to start resenting what they play. No new music might make some people choke on their cynicism, but it’s better to play the past well than to do a Pixies or Stone Roses and churn out music which almost sounds like a parody of their past. They have the original line up playing their best to the fans, no need to ruin that. No need to fling some shit at that.

Have you ever listened to L7 play live whilst screaming away your anger?

If not, you should try it.