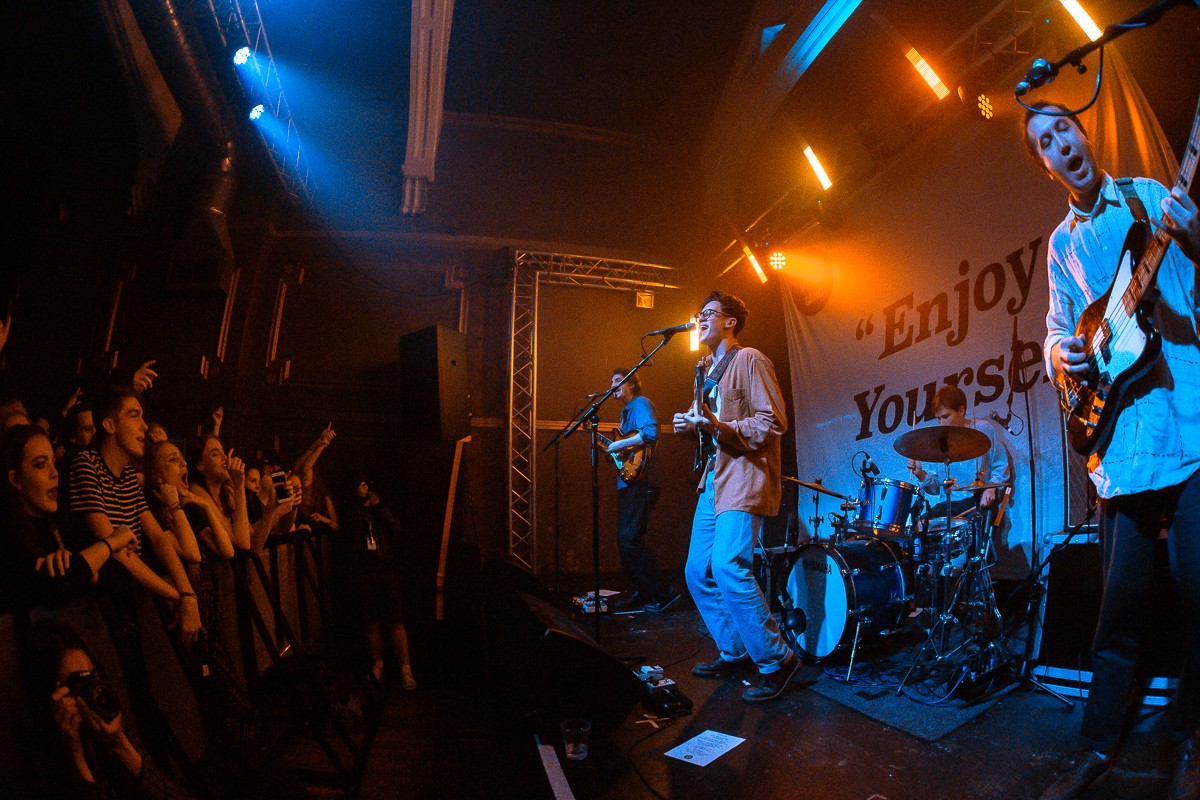 The Magic Gang spread their magic on a drizzly September evening at the Arts Club and Getintothis’ Rick Leach was there to witness a band building momentum.

You’d not expect much of a turn-out on a drizzly and quite frankly miserable Monday night at the tail -end of September. You’d probably be better off hunkering down in front of the TV and watching Corrie or catching up on Bake Off. We were therefore surprised, to say the least, to find the Arts Club Loft, if not rammed, then fairly pretty full for a headlining show by Brighton’s very own Magic Gang.

Before the Magic lads hit the stage we had a couple of support acts to watch; Two Tonnes  and Kagoule. Due to traffic issues we’d unfortunately missed out on Leap of Faith, but from all accounts, they’d kicked proceedings off pretty well.

Even for a couple of support acts from out of town, there was a fair bit of interest. The predominantly young audience, all of whom seemed to be at least under 25 years old, if not still in their teens, were hanging around at the front of the stage, not yet old or cynical enough to wander around in a faux disinterred state. It was good to witness genuine enthusiasm for music.

We’d half-expected some of the audience to be Magic Band fans, rather than Magic Gang fans. Captain Beefheart afficiandos who’d mis-read things in a “should have gone to Specsavers” way, but no, there were no ex-hippies there waiting to see Zoot Horn Rollo and the boys. It was all a young crowd.

Two Tonnes played a very, very short set; barely 20 minutes long. Whether this was due to a paucity of material or because they were third on a bill it is difficult to say. Their sub-Vampire Weekend poppy songs went down well with the crowd, although to us it all sounded a bit samey and a tad flat. Still, they smiled and grinned a lot and brought a touch of late summer into the Arts Club.

Things rattled on a pace. After a short break, Nottingham’s Kagoule bounced onto the stage. Well, two of them did. Lucy, on bass, having suffered an injury to her leg, hobbled her way up and played the whole set sitting on a chair. What a trouper! The show must go on etc and it did. Kagoule were a bit of a polar opposite to Two Tonnes, all tricky rhythms and time signatures, spiky and a bit noisy. Their fey and somewhat mannered vocals and thrashy guitar work reminded us of a weird mixture of Television and Sonic Youth. Their longer songs, with all those difficult and intricate structures head very oddly into early Genesis or Van Der Graaf Generator prog territory. Quite strange, but worth investigating further. They ended in a squall of feedback, polite “thank-yous” and smatterings of applause from the crowd.

It was then time for the main attraction. The Magic Gang.

The handful of people who’d stuck it out by the bar headed towards the stage. From the first song, the joint was, as they say, jumping. Hands held aloft, phones waving in the air, mass bouncing and hearty sing-a-longs. For a band with just two E.P.’s to their name they were going down a storm. Having played at Reading Festival and recently signed to Warners it’s easy to see that they’ve built up a head of steam. Confident and competent, they already know how to work a crowd and they played it to the max from the get-go; microphones being thrust crowd wards in the very first song, to pick up the roar of a couple of hundred young voices singing every word as if their lives depended on it. The Magic Gang played the Arts Club as if they were headlining at Glastonbury.

They straddled the divide between the two support acts; as poppy as Two Tonnes and as noisy as Kagoule. They whizzed through all their E.P’s  and tracks like ‘Only Waiting’ and ‘Start to Rain on You’ ratcheted everything up and up until mass delirium was breaking out. A perfectly paced set with the addition of a couple of brand new tracks, all of which went down a treat, showed that The Magic Gang are building something that has a bit of traction.

‘You are the best, Liverpool!’ we were told to mass cheering as they wrapped things up. We probably are and The Magic Gang are consummate professionals. 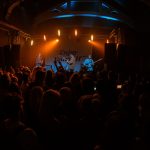 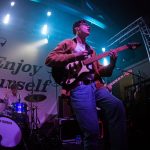 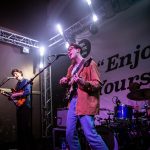 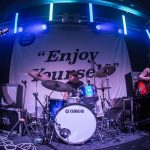 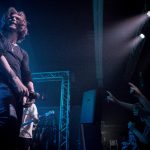 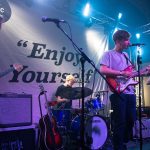