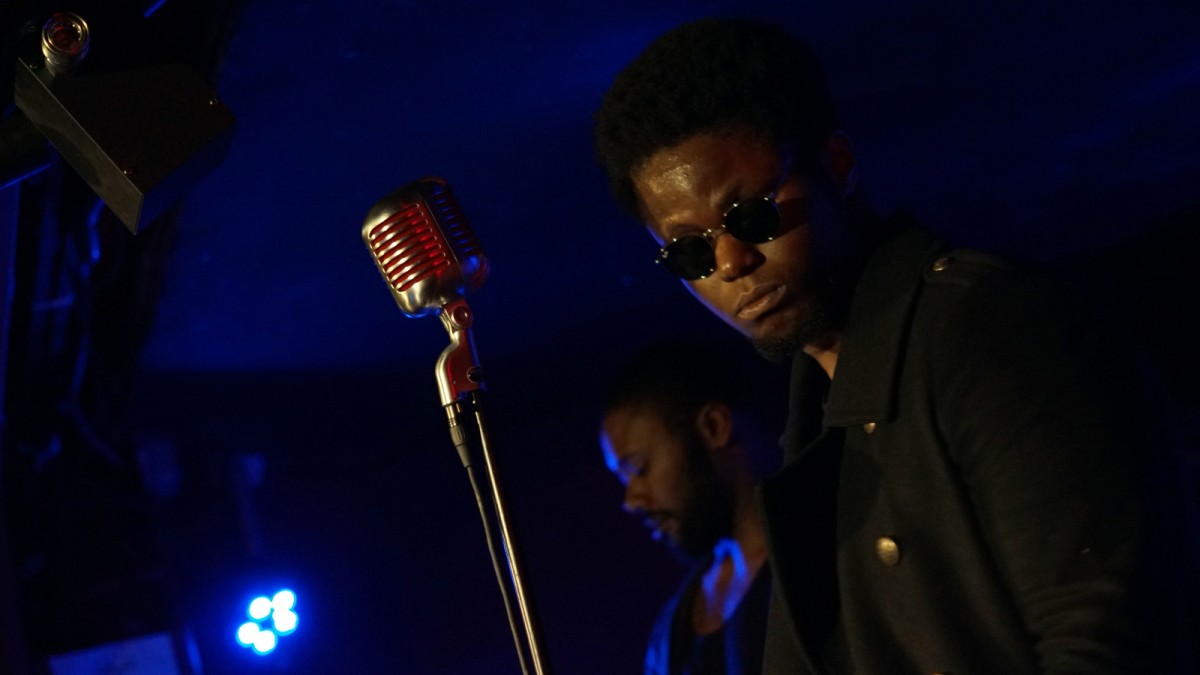 Days after the release of his Chirality EP, XamVolo returns to Liverpool, as Getintothis’ Cath Bore enjoys a night of Liverpool soul.

Liverpool’s Sub Blue did the sensible thing, taking time off from playing live and dedicating the best part of two years working on his craft in the studio and songwriting, and it’s paid off – his set at LIMF in July and the Fusion Festival at the beginning of the month showed how strong he’s become vocally as well. Tonight, supporting XamVolo,  he played to a larger and more sympathetic crowd than outside in a daytime field, and it was bloody beautiful to see other local urban, soul and pop music artists such as Amique in the audience.

Sub Blue, short for Suburban Blue, previously Tyler Mensah, showed his RnB and soul mettle, his own songs standing up against his cover of Craig David’s Fill Me In, and indeed we’d have preferred to hear more original material from the 19 year old. He’s got the moves too, and once he builds up even more confidence – tonight he brushed aside minor technical problems with more efficiency and calm than artists with many more years’ experience – it looks like we’ve got a new star on our hands.

For info on who else is playing in Liverpool over the autumn and winter, read our gig guide.

XamVolo, the Londoner who originally came to Liverpool to study architecture, is there already. His thirty minutes on stage displayed what a class act he’s become. Thanks to him and Sub Blue, this evening is one of soul singers in shades, and made all the better for it – because putting on a show is part of what it’s all about. With his trademark sunglasses and gold Elvis-mic, XamVolo gets that.

This evening, the songs took us by the hand and led us around foggy streets after dark, deep down shadowy alleyways and into smoky jazz joints with hidden corners. We loved the sax, smooth and as filthy as hell at the same time. XamVolo’s cute little giggle, chirpy greetings and cheeky smile between new songs like Down and the splendid Runner’s High add an unexpected charm against the melancholia. But make no bones about it, this man means serious business. He’s playing a free gig at Constellations, a BBC Introducing and 1Xtra Live event on September 30. Go see.

Liverpool had choices to make on Tuesday, tempted this way and that. With Deap Vally crowd surfing over at the Invisible Wind Factory and the Liverpool game distracting much of the local population, we weren’t confident that a relative newcomer laying on jazzy neo-soul at The Magnet would do well footfall-wise. Football splits everything, gigs sacrificed when it comes to the oft quoted “beautiful game”. Air sucked in between teeth “I would come, but the football’s on, so…” is something we’ve heard many times. But we needn’t have worried. It was buzzing at The Magnet tonight for Xam Volo, Deap Vally on the other side of town not doing too shabbily either.

A sign of optimism, we think and hope. Because sometimes, quality wins out.