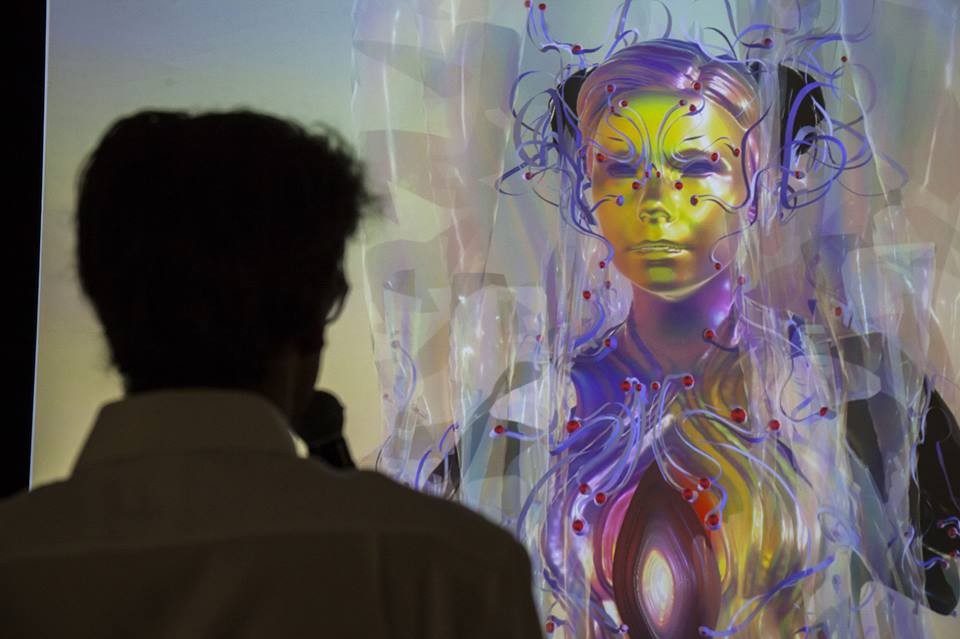 Following 20 years in the industry Bjork is still considered once of the most innovative musicians, not least by Getintothis’ Janaya Pickett, who attempts to pick her ten favourite tracks.

What can we say about the Icelandic force of nature that is Bjork Guomundsdottir? For decades she has been considered an auteur, a true artist, an icon of her times. Even if she’s not your chosen brew it’s hard not to associate these conflated terms with her name.

There are those individuals in history that we can argue make a profound impact on their surroundings. Those people that we would describe as ahead of their time, forward thinking and who seem to be on a mission completely separate from the rest of us: Cultural pioneers who drag us on their proverbial coat tails into the future. This is Bjork.

She transcends the boundaries of popular musician into something more. She doesn’t simply create music she deals in capturing the human experience in the same way as every other icon – her own way.

Bjork is known as a pioneer not only of electronic music, but avant garde fashion, art and science. Her 2011 album Biophillia was the first to be released as a series of apps, narrated by Sir David Attenborough and exploring themes of nature and science.

She’s been welcomed not only by the ‘in crowd’, but the hardcore scientists and explorers of National Geographic who acknowledge her output as valid exploration of the natural world in their own right.

We could easily list our Top 20 or 50 Bjork tracks. Indeed, until the 11th hour we were swapping and changing, agonising over what our ten favourite are when simply put they’re ever-changing. They’re all our favourite (even though we admit Medulla was a bit of a struggle).

So here’s our Top 10 of the moment, in a sort of chronological order with the hopes of turning some of you into full on Bjorkites.

From her aptly titled debut solo album Debut, Big Time Sensuality is Bjork‘s love letter to the hedonistic early 90s British music scene. In it she is all feeling, riding the cultural wave that would later be known as Britpop, declaring “something important is about to happen“!

Big Time Sensuality captures Bjork‘s thirst for life at this time, as well as that distinctive rave sound. In the video we see Bjork in all her pixie-phase glory, fresh off the bus and loving every minute of her youthful adventures.

“I don’t know my future after this weekend and I don’t want to. It takes courage to enjoy it, the hardcore and the gentle. Big time sensuality“

Play Dead was originally created for the soundtrack of The Young Americans, in collaboration with David Arnold and Danny Cannon. The song proved so popular that it was added to later releases of Debut. It stands in stark contrast to the rest of the album as Bjork is singing in character.

Her usual joie de vivre is gone and she delivers a convincing performance of someone in the grip of depression. Nevertheless the blend of orchestra with giant hip hop beats is epic and we get to hear the true extent of Bjork’s vocal abilities.

“I play dead, it stops the hurting. I play dead and the hurt stops. It’s sometimes just like sleeping, curling up inside my private tortures”

This track is one from Bjork‘s 1995 album Post which she produced in collaboration with 808 State‘s Graham Massey, trip hop producers Nelle Harper, Tricky and Howie B. The Modern Things is now over twenty years old but is still incredibly fresh. In it Bjork explores our growing dependence on technology by viewing them almost as an extension of the natural world. Her ever curious use of language creates intriguing images in the mind – a kind of parody of our own world.

“All the modern things have always existed. They’ve just been waiting to come out and multiply and take over. It’s their time now”

Possibly Maybe is another of Bjork‘s tracks that sounds as if it may have been recorded yesterday. It concerns her breakup with boyfriend of the time (and director of the video) Stéphane Sednaoui. The emotional and physical distance between the couple is emphasised in the opening bars where an unanswered telephone ring breaks down into a slow, almost heartbeat like, hip hop beat – showing that she can capture a feeling with subtlety as well as with the grandiose style of Human Behaviour or Isobel.

“Electric shocks? I love them. With you, a dozen a day. But after a while I wonder, where’s that love you promised me? Where is it?“

Hunter is the opening track from Bjork‘s 1997 album Homogenic. Seen by many as a landmark in her career, Homogenic is definitely a more mature piece than Debut and Post. By this time Bjork was really honing her craft and the album had a more coherent feel to her previous releases.

She had done away with her pixie image and in collaboration with designer Alexander McQueen adopted the character of a steely warrior. This has since become a kind of trademark of Bjork‘s: creating different personas for the album art that represent the music within.

“If travel is searching and home what’s been found, I’m not stopping. I’m the hunter. I’m going hunting. i’ll bring back the goods, but I don’t know when”

As the 90s ended Bjork took a break from the big techno beats and in 2001 released Vespertine – an album with themes of hibernation, introspection and purity. All the sounds chosen for the record reflect the delicacy of the subject matter. There’s ample music boxes, harps, choirs and even the crunching sound of snow underfoot used as a back beat. Although her music is often packed with raw emotion, Bjork is also a master a creating incredibly uplifting hymns to human perseverance and Undo is one euphoric example.

Opposite both in style and sound to her previous releases Medula and Vespertine, Volta is loud, riotous and almost tribal. In it Bjork is focusing more on global issues such as climate change and terrorism. She collaborated with producer Timbaland on what would later be dubbed her ‘hip hop album’. As well as elements of hip hop Bjork uses brass musicians throughout, putting together an all female fourteen piece ensemble and performs duets with Antony Hegarty. Volta is not as revered as some of Bjork’s output, but nevertheless it packs a punch and, again, was ahead of its time. Wanderlust chronicles Bjork‘s need to ever-change and reinvent herself.

“Lust for comfort suffocates the soul. Relentless restlessness liberates me. I feel at home whenever the unknown surrounds me. I receive its embrace aboard my floating house”

From the infamous and infamously confusing app album Biophillia, Cosmogony is a look at the history of the universe and the passing of time – on an album that attempts to tackle all aspects of science and nature.

This track however is quite simple in its composition, with traditional chord progression and nostalgic synthetic horns. This is an example of Bjork at her most profound, creating familiar ways in which we can comprehend the incomprehensible. As Bjork has matured so has her involvement in lobbying for education on the natural world and green technologies, especially in her native Iceland. It is this oneness with nature coupled with a futuristic outlook which has arguably had the most impact on her music.

“Heaven. Heaven’s bodies whirl around me, make me wonder. And they say back then our universe wasn’t even there until a sudden bang. And there was light, was sound, was matter. And it all became the world we know”

From the broadest of subject matters to the most personal, Bjork followed Biophillia with her ninth and most recent album, Vulnicura. Vulnicura focuses solely on the breakdown of her relationship with longtime partner Matthew Barney and does so in chronological order.

The album was adored by critics who appreciated Bjork taking it back to basics as it were. Vulnicura is overflowing with emotion (with tracks having second titles, indicating when exactly they were written during the relationship breakdown). Stonemilker, aka ‘9 months before‘, is the first track on the album and absolutely sets the tone of heartbreak. It is a devastatingly sombre piece of music. Along with the single Bjork released a 360 degree music video to heighten the intimacy of the subject matter. Virtual reality is another exploration in which Bjork not only dabbles, but leads the charge.

“A juxtaposition in fate. Find our mutual coordinates. Moments of clarity are so rare I better document this. At last the view is clear and all that matters is who is open and who has coagulated”

Our last song is again from Bjork‘s latest album Vulnicura. As mentioned previously, Bjork has a nack for ending her albums on a high or positive note. From the troublesome indifference of Stonemilker, to the crumbling despair of Black Lake, Bjork ends her journey with Quicksand, a measured and empowering take on her situation.

As ever she finds meaning in suffering, which pushes her to carry on and repeats the cyclical nature of life and relationships “when we’re broken, we are whole and when we’re whole we’re broken“. After an album quite sparse with sound, Quicksand erupts with electricity reminiscent of her raving days, suggesting that she has found strength in her own identity.