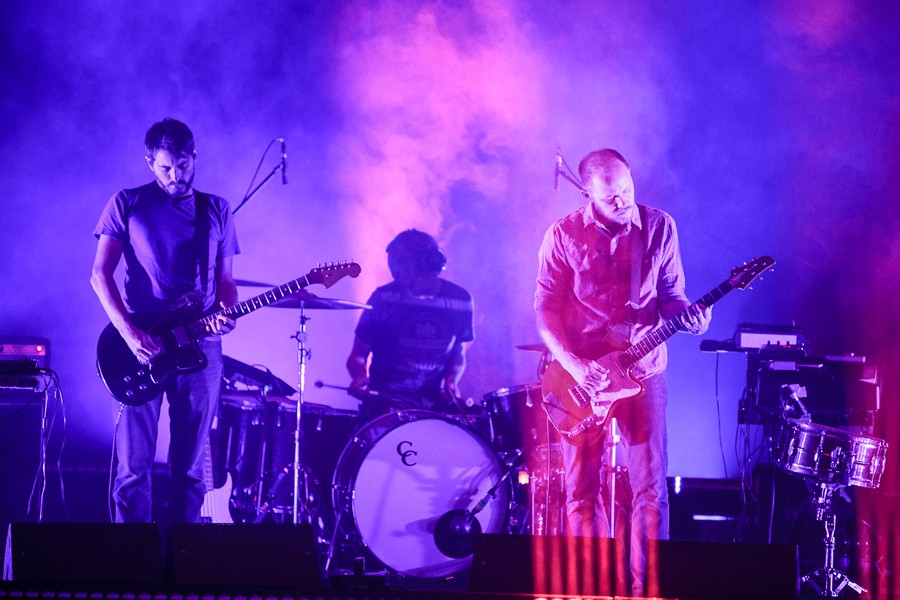 Explosions In The Sky

Post-rock royalty graced the stage of the Liverpool Philharmonic Hall, and Getintothis‘ David Hall was on hand to witness an unprecedented display of majesty.

Explosions in the Sky last played Liverpool at the now-defunct Barfly in 2004, when their third album The Earth is Not A Cold Dead Place was still bedding in. Since then, that album and its two closest relatives – Those Who Tell the Truth Shall Die, Those Who Tell the Truth Shall Live Forever in 2001 and 2007’s All of a Sudden I Miss Everyone – have come to be viewed as post-rock textbooks. It has been a long time since the band have graced the UK, never mind the shores of the Mersey.

In their time, Explosions in the Sky have done as much for the third wave of post-rock as Tortoise did for the first and Mogwai did for the second. They can rightly be termed as royalty in these circles. A five-year wait between the stopgap-feeling album Take Care, Take Care, Take Care has been breached with latest release The Wilderness, and the sense is one of reinvigoration.

Post-rock is an awkward label, one that the band themselves have repeatedly shied away from, but these big fish have now returned to what feels like a small pond. Instrumental bands these days are more content with being defined as krautrock than post-rock. It is perhaps a genre whose time in the sun has come and gone, especially since a fourth wave has arguably stalled.

The Phil auditorium meanwhile was spottily populated early on for a fearless performance by Entrance. Cutting a lone figure onstage, like Jeff Buckley in his Sin-é days, his performance frayed marvellously by the end, his powerful tenor leaden with atmosphere. In a thigh-length velveteen plum jacket, he played a right-handed guitar left handed, all foreign looking chord shapes and bluesy Luther Perkins licks. These were ditched in his final song for a lovelorn acapella performance in his alien vocal tones; throughout, Entrance entranced.

From the dingy Barfly loft to the Philharmonic concert hall represents a considerable step up in venue, both in terms of size and grandiosity. This felt much less like a gig, much more like an occasion. This wasn’t just some grotty club Explosions in the Sky were rocking up at, this was the Philharmonic Hall.

How would their twinkling, quiet riffs come across to seated, possibly disengaged audience? How would their immense, thousand-foot precipices of molten distortion fare in such a big, booming room?

All of these concerns and more quickly melted away. As did the audience, pinned back in their plush opera seats with gales of guitars, laid on thick enough to chew upon.

Is completionism pointless and does every band only have three good albums in them?

The venue was a perfect home for the band’s cyclical riffs and structural movements, who were just as concerned with the creation and resolution of tension as any composer whose music has been featured there down the years. The band coiled the crowd like a spring before their vast, blinding moments of catharsis took hold. The five piece throbbed and pulsed onstage like a jellyfish moving in time to an eye-searing light show that followed the music from stately minimalism to pounding trippiness.

The Only Moment We Were Alone was an inarguable highpoint, crescendo after crescendo engulfing unsuspecting audience members. Even nearly a decade and a half after its recording, it still sounds utterly unique and powerfully perfect. But new tracks such as opener Wilderness sat proudly alongside Catastrophe and the Cure and the huge With Tired Eyes, Tired Minds, Tired Souls, We Slept.

It seemed a telling play that none of tonight’s setlist was lifting from the placeholding Take Care. There was an enormous slab of the new album, and carefully chosen cuts from the Explosions in the Sky back catalogue.

This was a crowd-pleasing, greatest hits turn, the audience couldn’t have wished for much better short of the Texans playing Those Who Tell Truth in sequence, followed by The Earth is Not A Cold Dead Place in sequence.

Post-rock is may not be in vogue currently. But as long as Explosions in the Sky take to a stage, it is alive, well and truly vital in them. 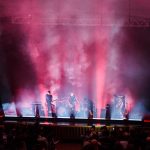 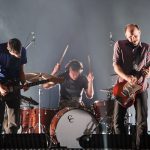 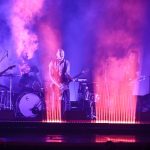 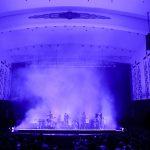 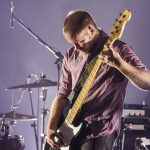 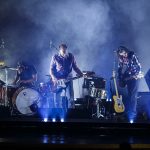 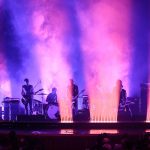 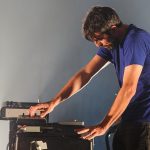 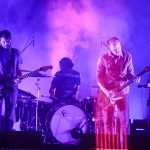 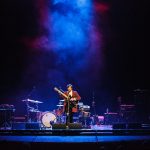 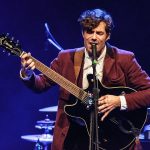