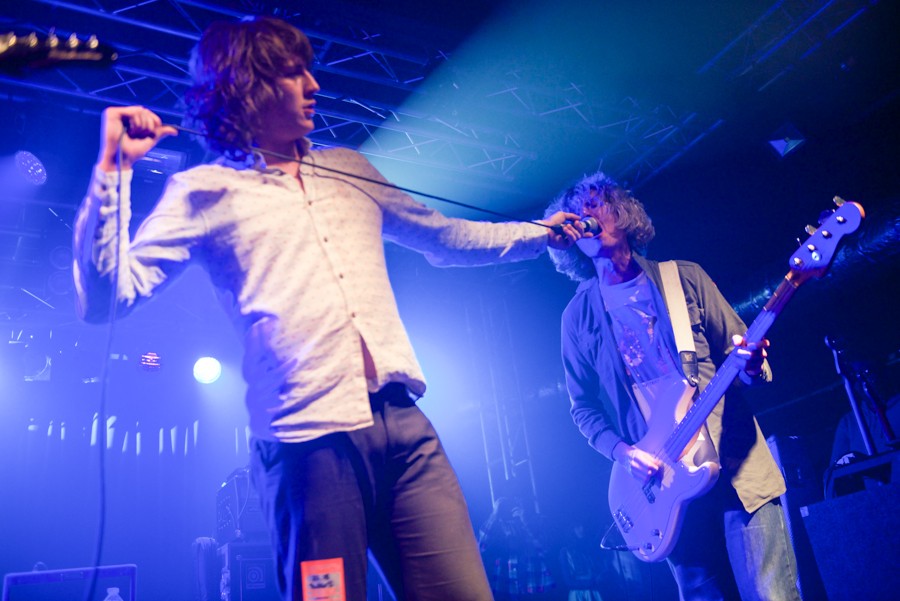 As the rabble-rousing five-piece plan to descend upon Merseyside soon, Getintothis‘ David Hall looks at a band most acts aren’t a patch on.

One of the most passionately-touted and hotly-tipped new bands in the UK are set for a date in a Liverpool basement, in Hardman Street’s intimate The Magnet venue. Cabbage are the Manchester five-piece on everyone’s lips, playing an old school brand of confrontational punk.

Working their way up from sold-out debut Le Chou, followed by the frenzied attack of latest EP Uber Capitalist Death Trade, Cabbage are well on the way to a full-length album.

Now a newly-announced trawl through the nation’s shoebox venues is a surefire way to build up a stringent fanbase. Support slots with the likes of Blossoms can similarly have done Cabbage‘s development no harm.

Playing what the band themselves term as “an idiosyncratic, satirical attack in the form of discordant neo post-punk”, Cabbage are not short on brash attitude. Support comes in the form of the equally bolshy swagger of local proto-punks Psycho Comedy and the spacey echo of FUSS, both increasingly making a name for themselves on the Merseyside live scene.

If the nation’s tastemakers are to believed, this could be the last time Cabbage could be caught in such a small venue, so Evol gives Liverpool chance to see tomorrow’s act today.