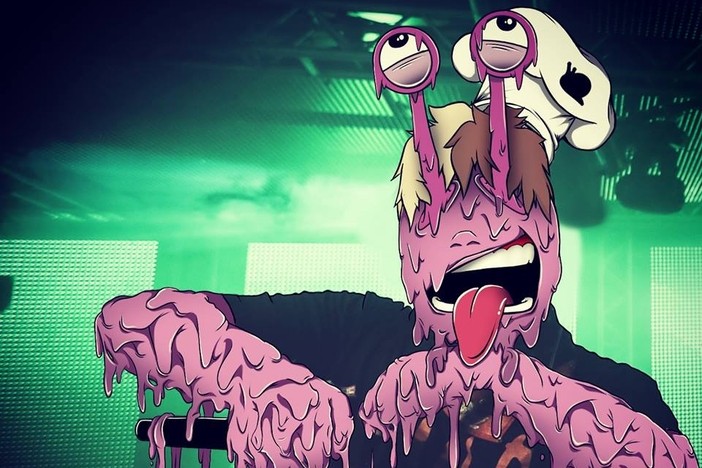 As various forms of dubstep are endlessly introduced, Getintothis’ Ste Knight dons his luminous vest and tiny shorts and asks whether we’ve now taken everything a little bit too far.

Dubstep, as a musical style, came to everyone’s attention in the late nineties. Born in the bedrooms of budding South London producers, the dubstep sound brought together a number of pre-existing styles, including garage, dub, jungle and reggae.

It was a sparse, minimal sound which found popularity with almost immediate effect, thanks to producers such as Kode9, Zed Bias, Skream, and Benga, all of whom flung the newly born style into the laps of those eager listeners who attended their Forward>> nights at the Plastic People club in Shoreditch, and listened to the (then) pirate radio station, Rinse FM.

Here’s what some dubstep by one of its pioneers, Oris Jay, sounds like.

Different producers added different elements to the sound, some focused heavily on the dub aspect of dubstep, while other producers geared their tracks more towards the step, a formula that evolved out of 2-step garage.

Since then, we have seen the bastardisation of the original dubstep sound into one that has, by-and-large, rendered it unrecognisable when compared to the roots from whence it came. If we listen to a lot of what has been termed dubstep nowadays, we can see that it has moved from the dark, brooding productions that pushed it into the social conscience, and is now more reliant on ‘drops’ – a term used to define the moment when the saw-wave heavy mid-range is brought back into a track.

It is tempting to start bandying names about, pointing the finger as to who is to blame for this. So, let’s give in to that temptation and have a go at finding a scapegoat.

Back in late 2010 and early 2011, dubstep began to register with the American public. This push into the US market meant it was picked up by producers who were unfamiliar with the sound, and began to put their own stamp on the production style. One notable figure who ‘pioneered’ the dubstep revolution in America was Skrillex, who adopted the sound and went about trying to make it his own.

Check out our Footsteps on the Decks, vomitstep-free column, here

This is all well and good, but in doing so a whole new sub-style was born: brostep. This bullying little brother of dubstep achieved commercial success in the states very quickly and, without warning, dubstep – the unassuming parent to this style – became a style to be emulated (or ruined) by all manner of wannabe Skrillex impersonators.

Once the change was underway we were treated to a sudden influx of different *insert adjectival indicator here*steps. Fancy your bass music with a bit of a circus quality to it? Oh, you’ll be after the clownstep section, sir. That’s just over there to the right. Does your dubstep make you want to punch your peers in the face? OK, I have the perfect thugstep to fuel that fire.

There seems to be little to differentiate between these styles. Along with similar forms such as the ultra-tinny ear-grating Jump-Up style of drum and bass, metalstep (a term seemingly invented solely for the purpose of a collaboration between Skrillex and nu-metal outfit Korn), and Trap, the only real difference appears to be a variation in the pitch of the ‘wobbles’, the intensity of the ‘drop’, and the overall tempo of the track. 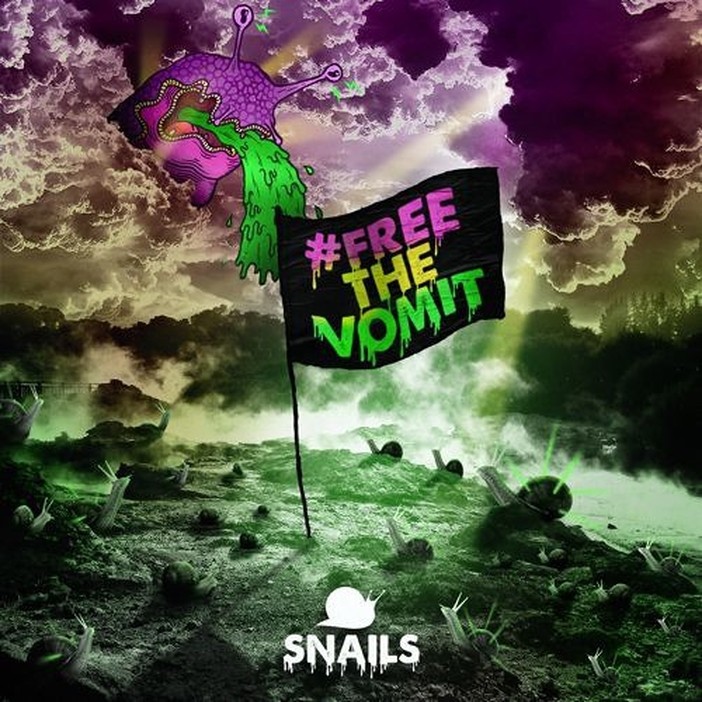 The cover for Snails’ #FREETHEVOMIT single

DJ Snails (who’s Twitter name is Nine Inch Snails), however, has gone one step further (pun unashamedly intended), with the coining of the term vomitstep. Once again, there’s no real discernible difference between the US-inspired brostep and vomitstep, save for perhaps some extra synth twiddling on the drop (a phrase which is almost certainly as annoying to you as it is irritating this writer).

Here, have a listen to Snails for yourself and see what you think…

If that doesn’t make you want to go full thugstep on your headphones then we don’t know what will, but needless to say this is a far cry from the roots that first defined the dubstep sound. It is fucking horrible.

As if ‘inventing’ vomitstep wasn’t enough, our monopedal friend Snails has also produced a track imaginatively titled Frogbass. Top marks to anyone who can guess exactly why the track is titled thus? Yep, its because the bass sounds vaguely frog-like.

We’re pretty sure, at this point, that Snail’s procures all of his samples from the Casio my first keyboard that his Mum and Dad bought him for Christmas when he was nine. Where, at one time, he would simply press the ‘demo’ button and pretend to be playing Wake Me Up by Wham, he has now found out how to use the keys to express a sound and has discovered the pre-programmed frog sample which he has pillaged to full effect on this track…

Is all of this constant re-branding of styles necessary? Can’t we just call it electronic music and have done with it? Surely it isn’t necessary to rename whatever style of dubstep it is you are playing just because you accidentally nudged the LFO and the pitch a little bit too far so it sounds like you put your cat in the tumble dryer with a load of metal coat hangers.

This, of course, is a wider issue, in which some artists feel the need to define themselves by naming their sound with some new and fucking stupid term like vomitstep. It is also the fault of some of the listeners, who get bored of the latest faddy nonsense ‘step’, and hunt for a newer, more idiotically named one so they can jump around in their gym-wear and pop their ‘molly’ before it reacts badly with their steroids and they start punching each others’ heads clean off their shoulders.

This, obviously, is not limited to dubstep, bass music or any specific kind of music in general, to be fair. Since the dawn of the first musical note, human nature has attempted to label and categorise it, and so this might seem like an unfair swipe at people who are just trying to enjoy themselves to some really awful shite. But vomitstep? Come on now.

Anyway, let’s all just put some Burial on and have a smoke, shall we?