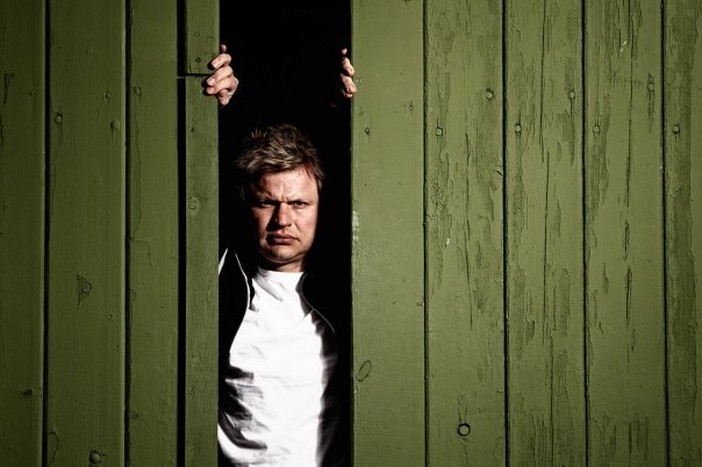 As Cocoon at the Asylum returns for another 13 hours of fun, Getintothis’ Lorna Dougherty joined the party.

For the 3rd year running The Asylum event has been a sell out. Situated in the abandoned mental hospital in Newsham Park, is there a better venue for a halloween spectacular?

After attending events similar to this, it was a fairly odd situation to be in; how does one review a techno event? It of course doesn’t include the same musical depths of a live performance were one can comment on guitar riffs or drum fills, yet, as this writer found out, none of that seemed to matter. The atmosphere throughout all the night, is comparable to next to nothing.

It was genuinely ‘a see it to feel it’ kind of moment. A particular thought that reoccurred throughout the day was one that there seemed to be some sort of secretly arranged dress code, that everyone subconsciously knows; “we’ve acknowledged it’s halloween weekend, but we’re not dressing up specially.”

There was some fake blood on the neck and a lot of weird coloured eyes, but, my god, if you dressed up you stood out like a sore thumb. It was kind of to be admired, though. A sort of ‘conformist not conformist,’ were everyone looked the same, yet different from everybody that wasn’t at that event. We liked it.

It was a very strange feeling entering an outside venue, during the last legs of autumn, whilst EDM music played…in the daylight. When someone says “rave”, the first venue that springs to mind would be an inside venue, dark; lit only with LED beams of light, but The Asylum had a bit of charisma that added something extra, that was otherwise missing at the after party.

Check out Footsteps on the Decks, our monthly dance music column, here.

Starting off the set was Asylum regular and Liverpool’s own, Jemmy, who gradually built his set up into the early evening. His powerful set, mixing hard-hitting house and techno, saw the crowd two stepping into the sunset.

The crowd continued to drink their (very expensive) beverages, yet spirits were high and everyone seemed to have found their feet, or lost them – depending on how ‘wonky’ one was at this stage of the evening. As the evening darkened, Tim Green’s Asylum debut banged out a heavy continuous beat which set the crowd into rows of synchronised foot tapping.

Ilario Alicante proved why he has found his way onto Cocoon Recordings over the last few years. Despite being outside, that set provided for a sweaty, t-shirt dripping techno storm. A perfect warm up for the dance music godfather that is Sven Vath.

And smashed it he did; Sven did not disappoint. At this point of the night there was no return trips to the bar and the crowd swarmed round the DJ. As Vath’s beat ticked on, his extended set cleverly mixed a repetitive deep beat into risk-taking house drops, which caused the crowd to make a sort of ‘ahhh’ noise and then they continued to dance in ore of the dance king’s ability on the decks. We’re not the only ones who could have had six more hours of his set.

The organising of the transport between The Asylum and 303 after party was poor, though. There were signs that said the tokens, that were exchanged for drinks, could also be used for the bus – which was not the case when getting on. This did cause an upset as the tokens could not be used anywhere else, so meant a waste of money for many. After this, it kind of put a downer on the night – the queue to get into the academy was long and then the venue had a weird aroma of vomit.

However, Timo Mass’ set cleared the air and soon everyone settled back into the two stepping routine, as the 3-decade hero spun the whole of the tech spectrum.

Despite the minor upset with the organising, the day proved why Liverpool is regarded as one of the world’s best cities for dance and music culture. Cocoon at The Asylum only made certain that Liverpool is the gift that can keep on giving.