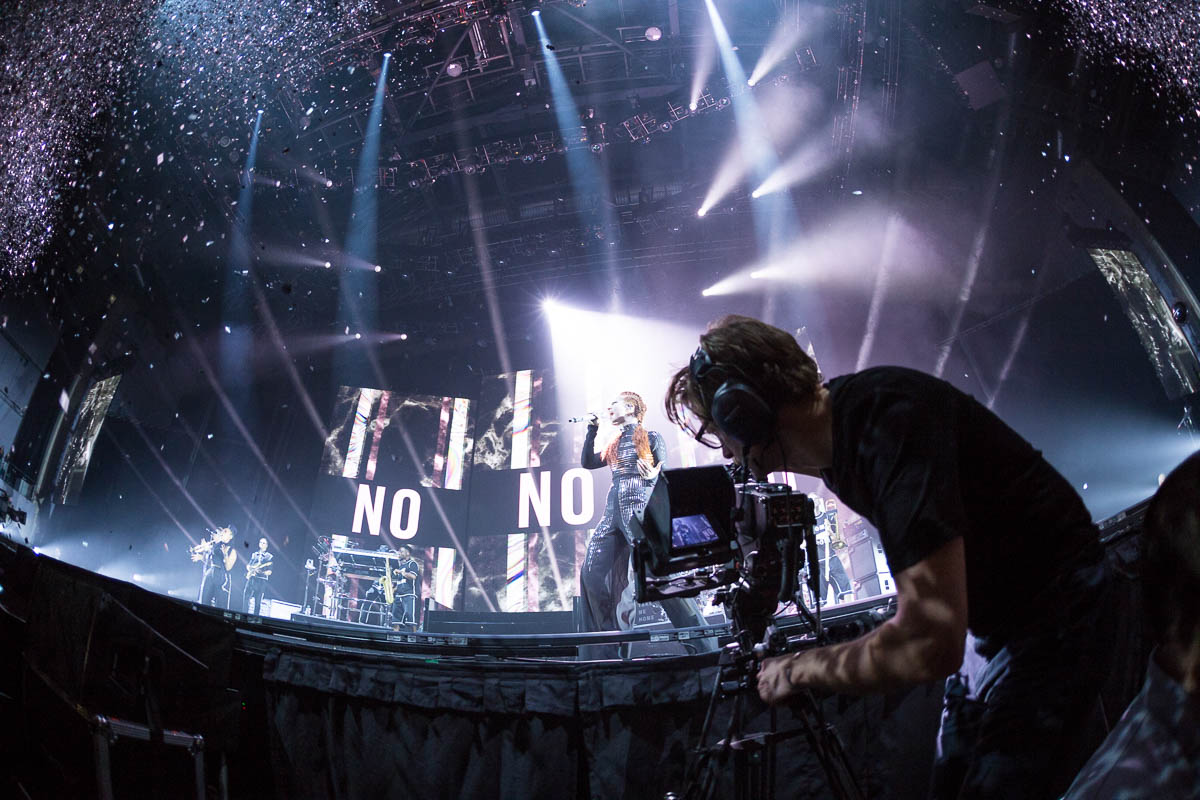 You don’t always have the pit to yourself

The Getintothis photographers are used to the standard rules, ‘first three songs, no flash’ sometimes even less and photographer Martin Waters takes a look where that lucky number three came from.

The default setting for any gig is ‘first three songs, no flash.’  Sometimes it’s a little more but most of the time it’s a lot less. Some of the big acts not only make you shoot from the sound desk, but they’ll also cut that three song minimum down to one.  I’ve been hauled out of the photo pit on many occasions well before the allotted time.

Now don’t get me wrong, us photographers know we lead a charmed life and any one of those fans on the barrier would love to swap places with us, but we still have a problem with that damn rule.

The problem with the three song rule is simple.  No one is really warmed up in the first three songs*, not the acts and not the crowd, so generally the best stuff is after we’ve been ushered out of the photo-pit and sometimes out of the venue (you don’t actually think we get to see the whole show for free do you?)

Snappers tales: Read all our In The Pit archive here

None of those icon rock images of yesteryear were taken during the first three songs, they were taken when the adrenaline, the crowd, and the occasion combined to result in that smashed guitar, stage dive, real rock and roll moment.  But we make do with what we’re given.

*A disclaimer on this – this doesn’t apply to the Flaming Lips who are awesome to shoot from the start.  They had pyro going for their first song at Sound City 15 for God’s sake. 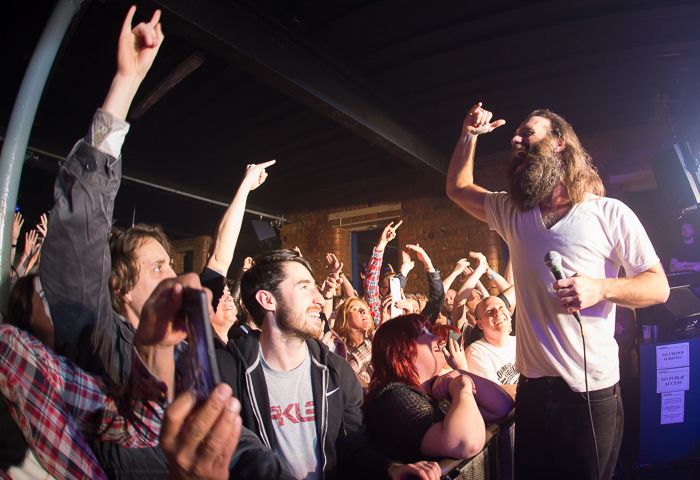 So three songs is the norm, but it is beginning to get harder and harder for the poor old snapper.  Sometimes the pit is completely off limits and you’re shooting from the soundboard at the back.  The worst I’ve had to put up with is shooting 1 song from a 4-hour performance while seated at the very back of an auditorium.  I tried to break the rule and got shown out and it probably won’t be the last time that I get a tap on the shoulder and pulled from a venue.  But it is the time restrictions that’s making its mark with some stars taking it to the extreme. Think 30 seconds extreme.

That’s it. The original plan to shoot Janet Jackson’s Unbreakable World Tour (before it went tits up) was 30 seconds as the maximum amount of time you’d have to shoot the show.  30 seconds.  Not even enough time for a well-orchestrated wardrobe malfunction. That’s not just the amount of time stage front either, that was for the entire show.  You also sign over copyright to all your pictures.  So you can use the shots you got in 30 seconds only once in the publication you’re working for but that’s it, you can’t even use them in your portfolio without written permission afterward.

The argument as to who’s right and who’s wrong, who benefits more: the artist or the photographer, will run and run and I’m not getting into the issue of those contracts here.  I’ve not yet had to sign my soul away to one of those contracts, 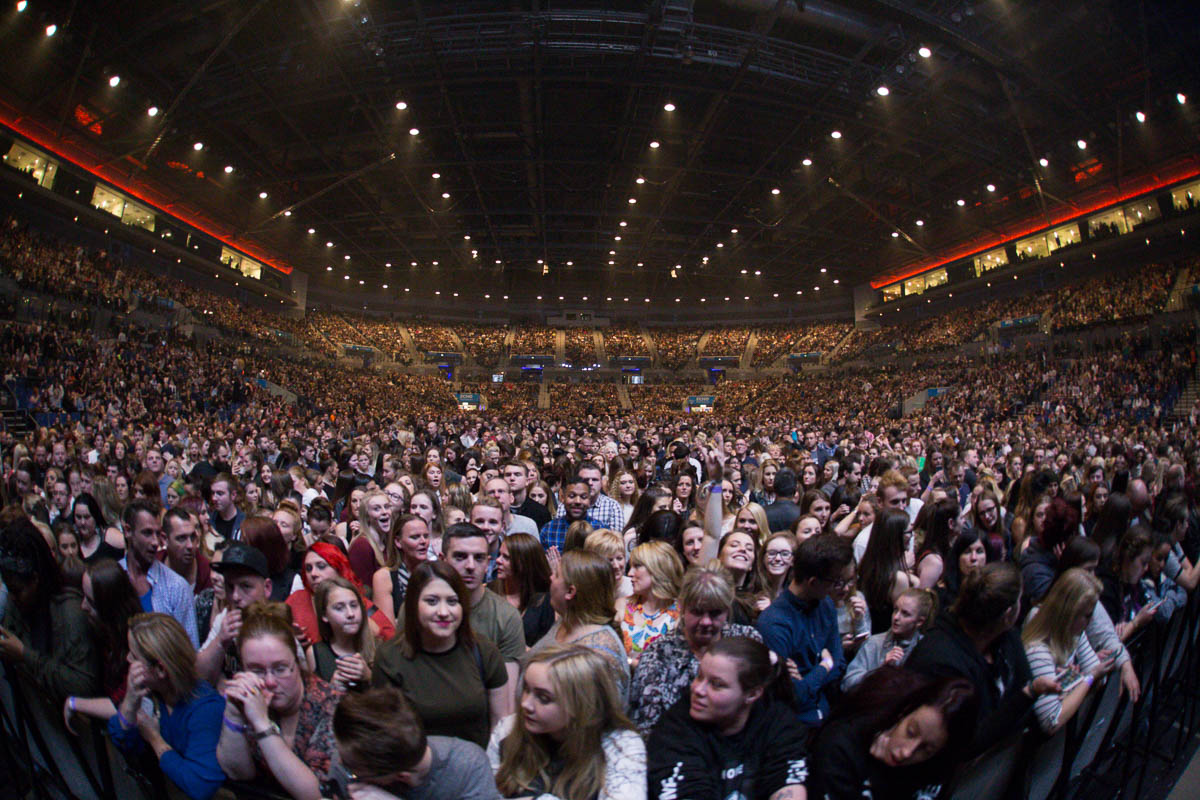 The last thing you want to do is get in the way of this lot. Sometimes 3 songs in front can be too much

But I’m generally old school.  A firm believer in you have to work with the time, location and conditions you’re given so there’s no point moaning.  You know it’s going to be a challenge, but that’s half the fun and, as I said earlier, there’s an awful lot of people who would happily take your place.

What I was more interested in is the birth of these restrictions in the first place and who was responsible for first dictating that shows could only be shot for the first three songs (roughly 15 minutes in old money).

The rule apparently came into play in the early 80’s and it was none other than Bruce Springsteen who was reported to have been the first act to start limiting photography.  Access to shoot shows was clearly more relaxed back then and photo-pits were often stocked with a number of photographers, including what were essentially paparazzi.  They’d pretty much camp there for the whole show distracting the artists and in many cases annoying the fans with their incessant use of flash.  ‘The Boss’ was the first to put his foot down saying something had to be done and the suggestion was made that access should be limited to the first 15 minutes and under no circumstances should flash be used.  In those days running time for each song was roughly 5 minutes and so the now infamous three song rule was born.

So what’s the effect of the three song rule?  Does it limit the type and quality of images you’ll see – well, certainly from the photographers in the pit shooting one off shows.  We’ll all be shooting pretty much the same thing before the show really gets going so you only get a limited sense of the atmosphere.  Some of the best ones will be when we’re out of the pit and mingling with the crowds but unless it’s a smaller venue you often don’t get the chance to even to do that.

So the three song rule looks set to stay a while longer but give it time and soon we’ll be harking back to those halcyon days when three songs was a luxury.  And anyway it’s not the three song rule that music photographers are wary of, it’s those contracts for image usage that’ll cause the problems, but that’s a topic for another time.