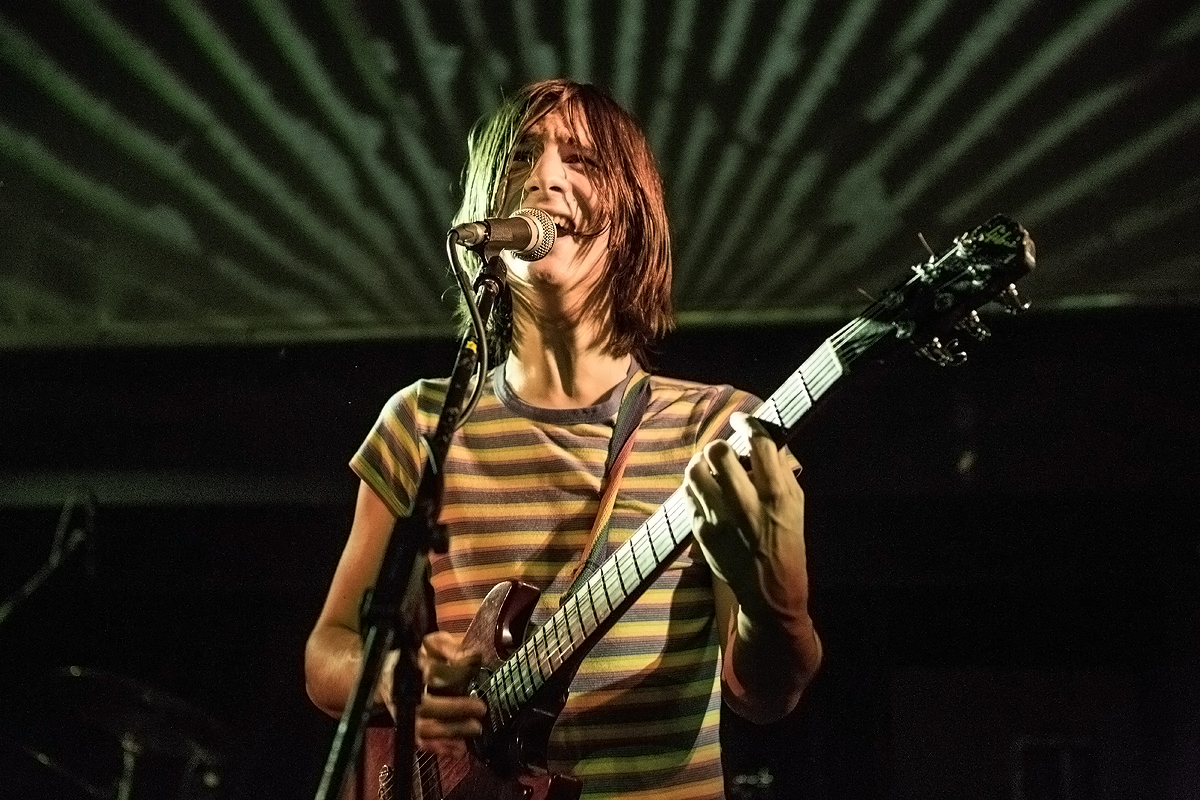 Lemon Twigs hit District as if it was Madison Square Gardens and Getintothis’ Joe Giess was rooted to the spot in a hurricane of drum rolls.

At Lemon Twigs tonight the crowd was one of uncertainty, yet expectation, with a diverse and thrilling bill.

In support were hot prospects from the Rough Trade roster – Goat Girl. With bountiful anticipation surrounding them; in light of this, they do what you would a expect a DIY Punk band to do – tentatively come on stage, pick up their instruments, take place and demurely announce “This one’s called Scum”.

Lead lady Lottie could have Ghost World’s Thora Birch as a spirit animal. The rest of the battalion sit in the back with dour indifference while spitting out intoxicating skittish riffs over sweeping bass lines which are impossible to chat over. They fuse, lunge, and lurch rollicking rock & roll and the biting musical venom of The Slits, with haunted harmonies acting as the glue to keep the ship together.

They confidently launch into their single Country Sleaze as their bewitching subtleties sweep over the audience, and a dedicated congregation starts to appear at the front of the crowd. It seems that they’re supremely powerful in their cool indifference. Musical comparisons can be drawn to Hole covering Brian Jonestown Massacre, and as quietly as they stepped up, they step off and take place at the front of the stage for the Lemon Twigs’ arrival.

Before we start, there is something to be said about that mystical connection that members of a family possess, especially when applied to music. The ability to finish each other’s sentences and sharing thoughts simultaneously. You can see in effect in a range of bands with The Watersons, Heart and Oasis, amongst many more, that unspoken connection is nothing less than otherworldly. Tonight is a prime example of that – with these excitable anachronisms coming across as one single unit.

In amongst an awaiting crowd The Lemon Twigs swagger on stage, full of zeal and flamboyance. Their cheeky and joking personas instantly warm the crowd. They slip into I Wanna Prove To You to crack the set open, with Danny Ayala and Megan Zeankowski on keyboards, bass and doo wop duty.

Brian D’Addario’s gifts us with the first half of the set, more refined than his younger sibling. He holds the presence of an aristocrat of baroque pop, and leads the more complex forays into pastoral prog-cum-psychedelia with songs like Frank, which swells and builds until it seeps into the big single –These Words.

It possesses that earworm harmonious quality that embeds itself into the mind and it’s strong, stunning performance. It’s always been a wonder what The Beatles would have been like if they had kept on the road instead of being locked up in the studio for the latter half of their career, and it’s a good insight with tonight’s offering.

How Lucky Am I? brings Brian’s side of the set to a close and the younger of the two steps up, commandeering the limelight like a Laurel & Hardy duo. He brings all the rollicking excitement a Jagger stereotype would bring, but looking a bit like Michael Cera with a footballers mullet. He comes with thick distorted licks and dirty bass lines with Night Song and So Fine sounding like it’s been plucked straight from the 1970’s. It’s like having The Beatles and The Stones in two halves of a set on a single night.

At times it becomes questionable if The Lemon Twigs think they’re performing District or Madison Square Gardens, in one second thrashing away on their tiered drum kit and in another Michael is high kicking over his own head it’s an unstoppable barrage of energy. When the younger of the two notices that a member of the audience is sporting a Big Star top – evidently pivotal in the brothers upbringing – he signals to the group and launches into a stunning cover of Alex Chilton’s All Of The Time

The beauty of the music is the self-awareness, with nods to the self-indulgent drum solos of Rush and the shredding of Ted Nugent it could boil over to become a dull pretence but the tongue-in-cheek theatricality just lets it simmer to ample amounts of fun.

The set builds and builds until we reach Michael’s own single, As Long As We’re Together with all the excitement and anthemic qualities of a Tommy musical. They close it off with a top-notch performance of The Great Snake and an encore of The Queen Of The School to leave the audience swooning and smiling.

Although on paper this pastiche of 70s rock with Beach Boys harmonies, high kicking and guitar splits could come across as a worn out homage or a parody (ahem The Darkness) The Long Island gang manage to make it seem original and fresh, a real captivating show that left everybody in high spirits and eager to seek out some flares.

All photography by Getintothis’ Tomas Adam. 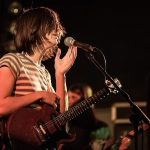 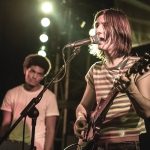 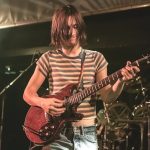 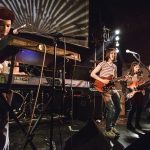 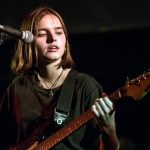 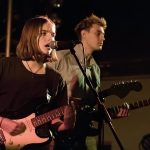