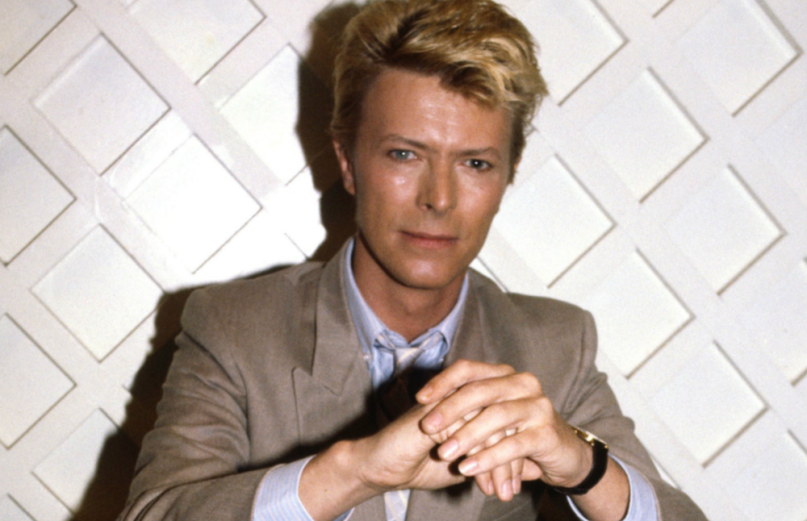 Getintothis’ Matthew Wood welcomes in the New Year with some hectic lo-fi punk, some mysterious psych jazz and a posthumously released track to mark a very special birthday.

We crowned Lazarus as our single of the year last month and what better way to kick start the new year than with a magical new track from our Starman? Released to mark his 70th birthday as part of the No Plan EP, the title track follows a similar vein as those featured on Blackstar.

It’s a gentle jazz trip that tiptoes along some what ominously, but glows with twinkling guitar plucks while Bowie‘s quavering vocal permeates the ghostly track, with enchanting vocals that leave us hanging on his every word.

Happy 70th Birthday to you David Bowie, you continue to inspire and astound beyond the grave, thank you!

Cut_ aka Cut Underscore, are an Amsterdam-based electro-pop duo gathering considerable attention since the release of their debut single Tune In Tune Out with millions of plays on Spotify already.

Their second track, Undertow explores the frightening reality behind fame, drug use and life in the public eye, seeking to touch upon the darker aspects of what to many is a dream world.

Musically, it’s a magnificent construction of experimental electronica, furnished with beautiful vocals and infectious trap beats that make this one an instant hit for the home, or indeed, the strobe-lit dance floor.

Following up their sophomore album, Pennied Days, with a five-track EP, this was my pick of the unreleased tunes from Night Moves.

While the band’s massive track, Carl Sagan, utilised hefty grooves and spliced raw guitar work with celestial elements, Drum Test meanwhile is somewhat like peering out of a spacecraft window at the earth below surrounded by cosmic sounding synths.

It’s a big, spacious track that allows your mind to meander and recalls the organic sound of Animal Collective with warped vocals and thick, syrupy synth work.

Morphing a healthy dose of psych with elements of jazz and helpings of that sweet My Bloody Valentine fuzz, All Them Witches return with a dark mind-twister that moves in very mysterious ways.

The track comes to life with a deep murmur, followed by a math rock style drum pattern, keeping you guessing from the off. The band then plunges us into a mesmeric jam of quick time changes and scuttling fills for more trickery amid the moody medley.

For the finale, they indulge in that MBV fuzz which comforts the brain with a mellow buzz.

Encapsulating the delicacy of human life in this melancholic, yet beautifully subtle track, Julien Baker‘s stripped back, heartfelt constructions are not for those feeling in any way fragile.

The track moves along blissfully on plucked strings, but is tinged with a sadness that resounds through the track and its title. Baker’s powerful vocal soars mesmerically over the Leonard Cohen-esque soundscape and marries the sombre with the beautiful in her efforts.

A mini slice of hectic lo-fi punk from the Irish mountains via the Wirral, 21 year old Laurie Shaw has an astounding back-catalog of music to his name (reportedly 57 albums) and Shaw isn’t about to stop at just 57 varieties.

Juice is charged with driving basslines, racket-y drums and made that bit more mental with consistent, fuzzy woops. Sounding somewhere between White Fence and Ty Segall, Shaw’s boisterous brand of lo-fi is a perfect source of motivation, ready to get you pumped for any occasion!

Swimming bobs gracefully along, featuring neat wisps of acoustic guitar among the serene backdrop produced by the harmonium, effectively a comfort blanket for the rest of the band to rest upon, occasionally flickering with their own splash of melody.

Fantastically simple, Swimming allows you to get lost in its chord progression, evoking thoughts and emotion that only arrives with such patient simplicity.

You can see Modern Studies in action supporting King Creosote at the Philharmonic Hall, January 20.

An uplifting, sleepy jam from the far North in John O’Groats, Neon Waltz look deep inside themselves with this stripped-back, melodic effort.

A satisfying lullaby built around some crisp chords and lilting vocals that call into the wind and delicately morph with the mellow backdrop.

They embark on tour starting February 17 including a Manchester, Soup Kitchen appearance!

If there was ever an argument for the joy of ‘sitting on the fence’, then GLOK‘s latest krautrock-infused electronica is a pretty good one. The solo instrumentalist from North London touches upon that slice in time when the old world becomes the new, and vice versa. He neither commits to one generation nor the other; he chooses to exist on a middle ground.

He creates music using new technology, yet still feels retro, harking back to the likes of German icons Neu! and Kraftwerk as well as the legendary music figure who pioneered minimalism; Steve Reich.

Projected Sounds is a magnificently buoyant track with motorik tendencies which spirals through in a manner that you’d be happy if the track was quadrupled in length.

A monstrous live performance of Pigpen from Brooklyn-based Slothrust taken from their third album Everyone Else.

Slothrust encapsulate a large proportion of all that was great about American 90’s guitar bands; the wonky guitar work of Pavement, the roaring energetic screams of Dinosaur Jr. and the simplistic Country feel of Built To Spill, topped off with the sweet vocal of Leah Wellbaum.

If you’re into any of the bands above then I can 100% guarantee you’ll fall for Slothrust on first listen, this a fantastic track from an equally cracking album!

A celebration of all things Swedish as Stockholm sound merchant Mr. Tophat joins pop sensation, Robyn for some sinister, pulsating disco taken from their three-track EP, Trust Me.

Reaching beyond 9 minutes in length, Right Time gathers momentum through funky influence and deeply disco beats while incorporating something darkly urban with industrial sound effects and vocals that wiggle unconventionally at times through the thick, racing disco.

Get your next party started with this one; it’s heavily funky with a nice dose of weird.

Existing in stark contrast to the Russian political climate; dabbling in psychedelics and creating their own world to live in, members of GNOOMES have endured the unimaginable, including an evacuation due to the impact of Chernobyl.

Their goal as artists is deeply admirable, their willingness to endure isolation, to grapple with the law, they’re a shining example of truly liberal rock and roll amid a restrictive climate. They won’t let anything prevent them from exploring the dark chasms of their mind and creating music that is turning so many heads.

It’s abrasive, sonic whirlwinds of Soviet synths from the Cold War, gruelling dark basslines and contrastingly gentle vocal displays that make this venture one of earnest escapism, but also fantastically enjoyable for a broadminded audience.

Tschak! is out March 10 on Rocket Recordings, and it’s going to blow us all away.