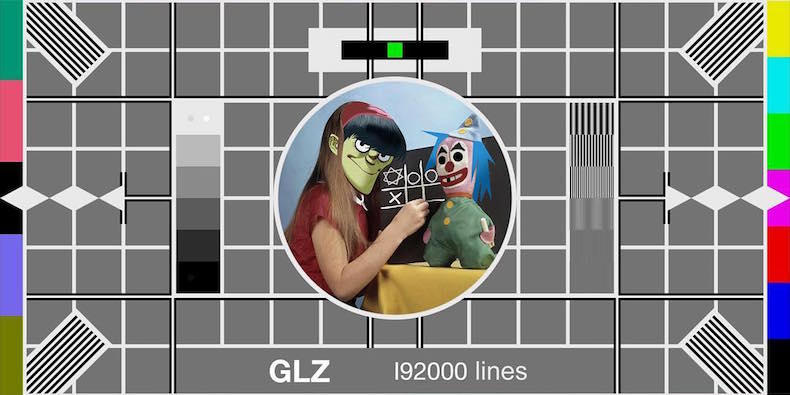 In the wake of political turmoil, Getintothis’ Matthew Wood greets the return of the world’s favourite virtual band, soaks up some Seattle hip-hop and some fine compositions from a Yale graduate.

With the world as we know it already starting to fear for it’s future, Gorillaz return to unnerve us further.

Benjamin Clementine adopts the role of charismatic story teller, and preacher. His vocal delivery is fantastically unorthodox and, like liquid, his lyrics overflow and merge leaving us hanging onto his every word as he begins a chorus in worshipping money.

Later, Damon Albarn joins the mix in typical fashion, sounding as though he’s just called in from an unknown location on a phone with minimal service; softly spoken, fuzzy and philosophical.

A spoken word passage serves to comfort us amid this political turmoil as Clementine affirms ‘Don’t worry my friend, if this be the end, then so shall it be‘.

Dipping into a varying pool of influence, they harness a formidable force with the backing of some familiar greats in the world of math-y alternative rock.

Colossal synth chords catapult this one to lofty locations while a crunchy snare and delayed plucks of guitar add much needed texture. A monstrous chorus follows crashing like a Tsunami of sound without warning, a track that could really do some damage when performed live!

Vaureen – Before the Rectangles Take Over

Sun-scorched chords resound crisply over this track’s vast opening, before a heavy chug brings rise to a bone shaking bass that urges it into life. Vocals of a distinctly folk-y heritage are like the wind flowing through the holes in a roaring motor car; smooth yet sinister melodies soar amid the deep growl of the engine.

A patient build up ensures this one really feels the force of a simple yet resounding drum beat, complete with ghost notes and crystal clear cymbal crashes. Overall it’s a monstrous conjuring of droning stoner doom with elegant measures of organic folk.

Ahead of the release of his debut album, Watercolour, due out on March 10 on Sub Pop, Seattle’s unique rapping talent Porter Ray brings us this chilled collaboration.

Ray‘s flow allows him much versatility, spiralling lyrically amid some glitchy synth samples while splashing urban images onto the practically melodically blank canvas.

With a troublesome past behind him, Ray arrives with buckets of passion and emotion yet tailors them with his interpretable poetry and vivid depictions of the daily struggle.

The Dears – Here’s To The Death Of All The Romance

Montreal’s alternative Renaissance outfit The Dears mark their return after six years with this track taken from their upcoming album Times Infinity Volume One, due on February 3.

Retaining their staple characteristics, this one is a sinisterly dark, orchestral composition echoing the likes Arcade Fire and stealing the show is an outlandishly tricky piece of drum work that fits the bill perfectly.

They’ve gathered much critical acclaim for their astounding live shows, delivering an emotional performance that ticks all the boxes for the more highbrow spectators, as well as drawing in a wide audience via their pop driven philosophy.

Open encapsulates such a massive scale of influence; recalling the fluid electronica of Panda Bear, the sharp sophistication of The National and even elements of Golden Age film scores.

It’s rare you’ll hear anything as accomplished as this, I urge you to wrap your ears around this!

Sankofa – Into The Wild

Opening like a Clint Eastwood western; squinty eyed, a cheroot clenched in lips and clad in a poncho, Sankofa’s latest transports us to the wild wild west with a gritty, leather-skinned belter.

The dusty jam plods steadily along, riding on a real, deep-south bass line and sizzling chords and some neat guitar flourishes.

The band change gear gradually throughout the track, launching into a fierce screaming of ‘this is the end!‘ as the track seems to be reaching a close. Sankofa, however, have more gears than most and propel us into a full-throttle face-melting solo and some classic heavy rock power chords for a monumental finale.

Emerging from a musical hibernation, having announced their break up in 2013, Wrexham’s Gallops are back and ready to launch a ferocious, bone-shaking attack on our senses.

Dark stabs of an industrial synth has this one marching like some Terminator figure through a post-apocalyptic landscape; and he’s forming an army!

The track encroaches on your very soul, abrasive, violent but seriously infectious; it’s a track does everything to make you turn it off, but that’s the last thing you want to do.

At the five-minute mark, the track explodes into a mighty, metal-tinged breakdown, a real treat for those partial to a mosh pit I’m sure.

Is it just me or does anybody else reckon that the whole fad of changing an ‘i’ to a ‘y’ or ‘w’ to two v’s has long exhausted itself? Sure it might make a band more ‘Google friendly’ but for me it just comes off as unimaginative.

Thankfully, Lyves make up for their lazy, ;Urban Outfitters playlist’ band name with their shimmering brand of RnB infused soul. Opening with irresistible atmospherics that remain potent throughout, there’s a professional touch to this one.

Francesca Bergami’s vocals are delicately delivered and drenched in effects that recall the masterful work of James Blake. Together with a shuffling beat they’re on to a win, and cleverly, Bergami gives us only just enough of this winning combination, breaking between each chorus to whet our appetite and then leave us craving more.

A beautifully crafted piece of work via collaboration of the music industries most enigmatic talents. UNKLE, who boast former member DJ Shadow and collaborations with huge stars such as Thom Yorke and Richard Ashcroft provide a spiritual, string-laden backdrop.

Keaton Henson, who rarely performs live due to anxiety brings something special, and I don’t say that lightly. His lyrical prowess is phenomenal and his vocals slip like honey between the cracks of the oaky, organic soundscape.