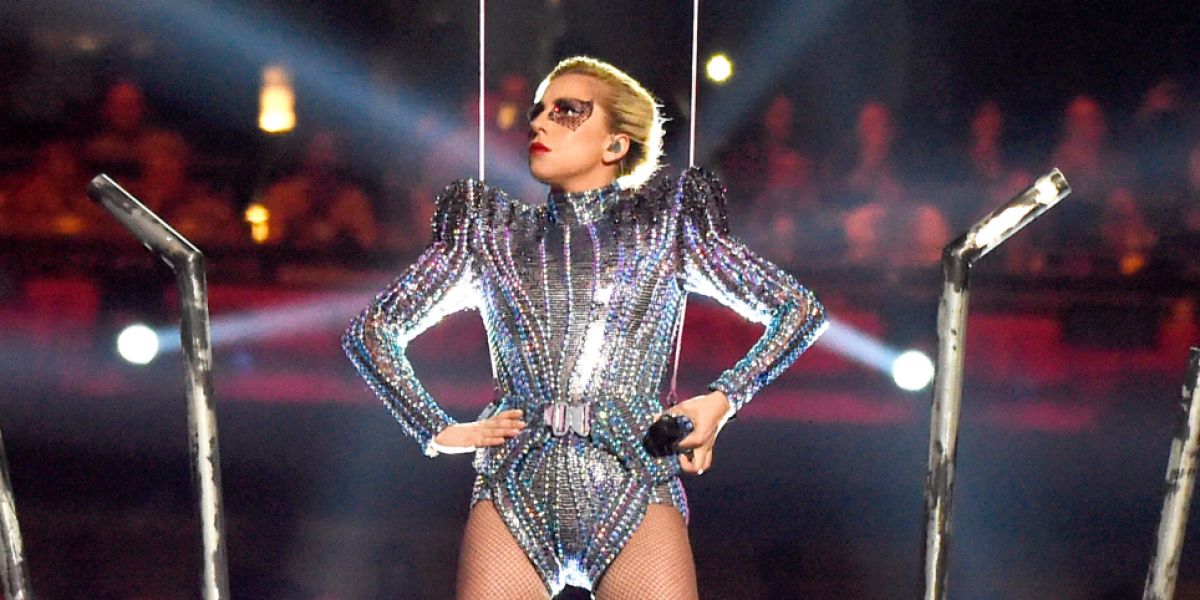 Despite plaudits from fans and the media, Getintothis’ Shaun Ponsonby noticed a strange school of thought developing around Lady GaGa’s Super Bowl performance.

America really isn’t the place to be right now, but they do know how to grab your attention over there.

Take a look at the Super Bowl. Millions of Britons tune in every year, and most of them don’t have the faintest clue what is going on. They just know it is an event. A very American event, at that. And if there is one thing that America can do that we can’t, it’s put on a show.

It wouldn’t fly here, of course. We look at that incessant show-putting-oning and scratch our heads with bewilderment, but that is because we are so bad at putting on shows. We pulled off the Olympics, but that was one event five years ago. One success in millennia doesn’t mean we can do it regularly.

Take a look at last week’s Super Bowl. It began when the two teams made it on to the pitch to Ozzy Osbourne’s Crazy Train and Trick Daddy’s Let Go. Then, country superstar Luke Bryan sang the national anthem and the cast of Hamilton performed America The Beautiful, after which former President George Bush Sr performed the coin toss. Halfway through the game, everything stopped and Lady GaGa jumped from the roof of the stadium to perform a medley of her greatest hits amid fireworks, dancers,  a couple of costume changes and 300 LED-equipped drones.

All this, despite the fact that American football is boring, a slow moving plod that keeps stopping and starting like a scratched DVD or a buffering HD YouTube video. Maybe that’s why they ramp up the star power, to make it somewhat interesting.

Imagine if the UK took all of this on board with halftime shows at the likes of the FA Cup Final. You know it would be dreadful; someone who was in Atomic Kitten 15 years ago would sing God Save The Queen, the halftime show would be performed by Olly Murs and Pudsey the Dog, with a brief cameo from the actress Pauline Quirke. We just haven’t got it in us.

I couldn’t call myself a bona fide GaGa fan, but I do kind of admire her. She was one of the few people who were actually interesting and/or entertaining when she broke through. Not musically, that just sounded like any number of 80s revivalists at the time, but she wasn’t boring. If she went on TV she would do something weird. Sure it was contrived, but so was Bowie.

Shaun doesn’t worship Satan – in fact, reading the Cosmic Slop archive shows he doesn’t even like anything, never mind worship it

And her show – which, unlike past years, didn’t rely on guest stars – went down pretty well, apart from some stupid comments on Twitter body shaming her for not being anorexic, which incidentally is the kind of commentary that turns people anorexic (good going, trolls – shouldn’t you be under a bridge scaring Billy Goats?). But then there are the “satanic ritual” people.

Ah, yes, a catalyst in the development of our post-truth era, the YouTube conspiracy theorists. You see, after every single performance by a major star on national television, a plethora of videos make their way online explaining why this performance proves that the star in question is a Satanist. It happens for every year at the Super Bowl, at the Grammys, at midnight mass on Christmas Day.

First of all, saying Satanism is merely the worship of the devil is waaaaay off. There are different strands that actually have nothing to do with the devil. For example, LaVey Satanism is an iconoclastic atheist movement that doesn’t believe in either God or the devil and is instead a title intended to be ironic, and whereas the Christian deadly sins include pride and lust, as opposed to LaVey Satantism, where they list the likes of “Stupidity” and “Pretentiousness” as sins.

Another strand – The Satanic Temple – once performed a so-called “Pink Mass” over the grave of the mother of  Fred Phelps of the anti-LGBT+ Westboro Baptist Church to turn her into a lesbian. Pretty funny. There is also a theory that believe that the devil is “the good one” because God judges you and the devil doesn’t.

Point is; broadly screaming “IT’S SATANISM!!!!” like Fearne Cotton on coke isn’t specific enough, and I’m nothing if not a pendant.

You should watch some of the videos for comedy value. They would be hilarious if it wasn’t so frightening that these people are allowed sharp objects. Some of the reasons that GaGa’s performance was apparently satanic are pretty creative; the star shaped platforms look like pentagrams, there were fireworks, she moved her hand in a certain way, the stage had a fucking chequered floor. A CHEQUERED FLOOR, PEOPLE! Because nothing screams spawn of Lucifer quite like a kitchen floor pattern.

In America, the theories are pushed forward by people like Alex Jones from Infowars. Jones is like the American version of David Icke, a failed footballer-turned-Snooker presenter-turned self-proclaimed son of God who told us that the world was going to end in 1991 whilst wearing a turquoise shell suit, and yet is still held in significant regard by a good percentage of easily swayed morons. The main difference between the two of them is that Jones is loud and shouty, whereas as Icke is long winded, and boring, and…takes…forever…to…say…anything…and…repeats…himself…again…and…again…whilst…taking…a…long…time…to…say…thing…that…he…is…saying…for…a…long…time.

But, the people who have really taken the theories and run with them are members of the Christian far right movement – frighteningly, the people currently filling the offices at the White House. What I find interesting is that if the world is run by these illuminati Satanists, does that mean that Satan is more powerful than your God? Because surely your God is more powerful than the devil?

The Wombats, The View, The Cribs, the bloke from The Enemy. There are way too many crap indie landfill bands doing 10th anniversary tours. I didn’t even think these bands were fondly remembered. Shows what I know.

Tom DeLonge is directing a film about UFO’s and skateboarding, but to be honest that just sounds like a remake of E.T: The Extra Terrestrial, with the skateboards replacing the bikes. And that sounds shit.