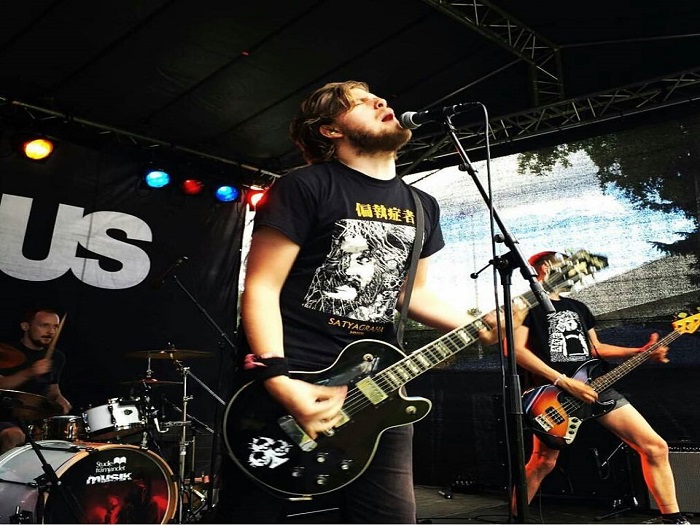 Drop The Dumbulls have lined up a mouth-watering range of gigs over the next few months and Getintothis’ Rick Leach sizes up the talent.

As a pioneer in the North Docklands, Drop The Dumbulls is pushing forward into 2017 with a series of gigs which for sheer diversity has to be seen to be believed.

Nestled close to the Titanic Hotel and a mere stones’ throw from the Invisible Wind Factory, Drop The Dumbulls is a 140-year-old converted pub, The Bull, on Dublin Street.

For the past two years or so, its role as an art gallery, a rehearsal space and live venue as a vanguard of culture surrounded by empty warehouses, light industrial units, garages serving taxis and tyre fitters (new, remoulds and part-worns) can’t be underestimated.

Now ideally placed for the much-vaunted Ten Streets regeneration project, Drop The Dumbulls aren’t pulling any punches with what they’ve managed to set up through February, March and April.

Kicking things off on February 18 with a promise of ‘live techno/heavy ambient/light industrial/dark dance’ from the joined forces of Cartier 4 Everyone and Pale Master, there’s the delights of UKAEA, ASAKA, Recsund, Jacques x Isocore, JC, Big Effigy and more.

A mere week later, new Bass artist Malux pops up on February 25 supported by a roster of skilled local DJs. Recently signed to MethLab Recordings, techy and edgy neurofunk is the order of the evening and a chance to see a rising and skilled act such as Malux is not one to be spurned lightly.

However, scroll forward a few weeks to March 8 and there’s a veritable and quite different treat in store. All the way from the City of Angels, LA’s Zig Zags bring an unashamed riff-heavy, dirty rock and roll, no pissing around ethos to the shores of the Mersey for their first Liverpool visit.

This one promises to be a cracker. Their second album, 2016’s Running Out Of Red, is a 12 track gem and in a live setting they’ll blow your socks off. Support on the night comes from Sheer Attack and Short Fuse.

Core, core, core, core, core. Count them all; there’s five. On April 20, Drop The Dumbulls have Grindcore from Sweden, Exeter and Leeds respectively in the shape of Livet Som Insats, Human Cull and Lugubrious Children as well as local acts Chinsniffer and Gastank.

With eight years of grinding away behind them, Livet Som Insats most recent and critically acclaimed album, 2016’s Check Your Grind, packs 24 tracks into 23 minutes. What greater recommendation do you need?

Finally, Drop The Dumbulls are part of the Wrong Festival on April 22 alongside neighbours and co-hosts, North Shore Troubadour and The Invisible Wind Factory.

Among the myriad of artists playing at the event there’s Bo Ningen, The Wytches, Part Chimp, Elevant, Evil Blizzard and many more. It promises to be a near perfect antidote to predictable festival line-ups and something that’ll take us, heads well and truly cabbaged, into a long and hot summer.

If all this is a sign of what lies ahead in a creative sense in the North Docklands, then it’s all looking good.