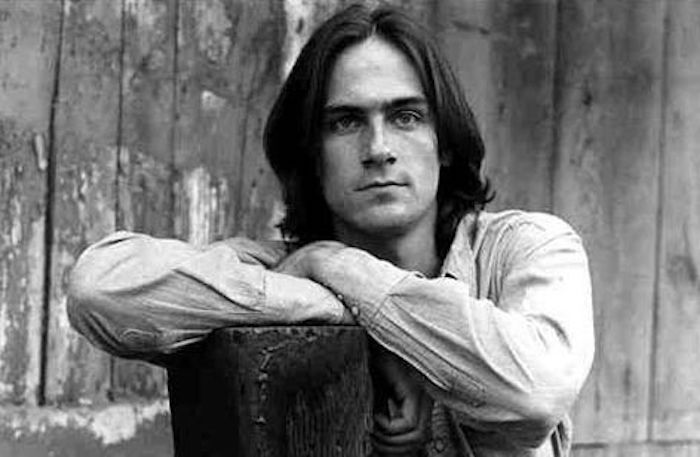 Forty years on from the release of his most successful record, Getintothis’ Katie Murt explores the importance of the music of James Taylor.

“The secret of life is to enjoy the passing of time.” Being raised on James Taylor you would think I would heed this seasoned advice that births James Taylor’s The secret o life. However I have continued to fiercely fight time elapsing as quickly as it seems to do. Forty years on from the release of JT, James Taylor’s most successful studio album, he is still releasing pensive folk rock, with his most recent release; Before This World in 2015.

Unfortunately, I wasn’t born to “cool” parents, they were never massive music fans. Nevertheless, the one thing that my Dad did introduce me to, was James Taylor. Taylor’s music is born from love of the country, struggles with mental health, conflicts with addiction, and the breakdown of relationships. In a time when the American nation was reeling from world events such as the pressure of the cold war, and the assassination of President JKF, people needed someone to provide some timeless, wistful rock. Right from Taylor’s first self-titled release he was creating refreshing and optimistic music, despite coming from such difficult and dark circumstances.

Starting his early life checking himself in to a Massachusetts hospital due to depression, this could’ve stunted his growth as both a human, and a musician. However, Taylor rose from this, later stating that these feelings were “an inseparable part of his personality”.

After beginning his musical journey playing the cello, this opened the pathway to develop into playing guitar, James honed a plucking technique which he discovered was simpatico with his accented vocals.

1966, New York, held up in a small studio, Taylor and two other musicians recorded in the midst of a heroin culture. Steeped in the throes of addiction, he formed his first band; The Flying Machine, which had very little success. James then travels to London, being at war with an intense dependence on substance he struggled to keep up with his lifestyle, this inevitably resulted in a lack of attention for his debut.

Addiction created a mature quality to Taylor’s music, affecting his lyrics in a sometimes sombre way; influencing songs such as You Can Close Your Eyes and Carolina in My Mind, singing with a sense of escapism and fondness of the place where he spent a large part of his critical teenage years. This song became one of Taylor’s best loved, even featuring vocals from The Beatles members Paul McCartney and George Harrison, referencing them when he sings “a holy host of others standing round me”.

Taylor’s second release Sweet Baby James had a much larger success than his debut album, signed with Warner Bros in the February of 1970, driven forward by the single Fire and Rain. This was the work that sparked the singer’s inevitable popularity, with both his debut album and Sweet Baby James eventually earning places in the charts by 1971, putting the term singer/songwriter on the map.

Despite having written some timeless country rock music, some of Taylor’s most celebrated songs are covers, consisting of Carole King’s You’ve Got a Friend, and Marvin Gaye’s How Sweet it is (To Be Loved By You). Putting his signature mellow folk in to a fair few of his cover versions.

Revisit some classic records with our Albums section

Sweet baby James was the album that was played relentlessly during our sticky and painstaking 18 hour annual pilgrimage from Liverpool to Spain most summers through my childhood. The songs on this album demonstrated in me what its like to have a song reach you enough to stay with you for donkey’s years, to know a song inside out. This album has a more folk, less rock edge, but still keeps it’s worldly and relevant rock and roll lyrics.

The leading single, Sweet Baby James, tells you a narrative, leaving a nostalgic, contemplative and almost candid taste in your mouth; “sweet greens and blues are the colours I choose, won’t you let me go down in my dreams”. This song is the perfect example of an ageless lullaby, which is not often stumbled across in modern music.

Between ‘68 and ‘77 James and then wife, Carly Simon, quickly became America’s sweethearts, by then he had released eight studio albums, with JT being the bestselling studio album he would ever produce, featuring Carly’s vocals on tracks Terra Nova and Handy Man. Despite the marriage between the two musicians being far from perfect, James proclaims nothing but sincerity when speaks directly to his wife in Here We Are; “So though I never say that I love you, I love you, darling I do, Carly, I do love you.”

Having a range of heavier blues tracks I Was Only Telling a Lie, immediately contrasted with a melodic and romantic Looking For Love On Broadway, JT brings a lot to the table, in not a directly obvious way. While on the surface having a largely feel-good folk vibe, when stripped back this album has a lot of rawness. In Bartenders Blues he sings in a calm and easy-going tone, he takes his time with his words, as if tasting each one. Juxtaposed with his lyrics, Taylor in reality, sings of hopelessness; “I burned all my bridges, I sank all my ships and I’m stranded at the edge of the sea.”

Taylor approaches scenarios that everyone will experience in their lives, not enjoying his work, relationships, the frustration of being stuck in traffic. In Traffic Jam, James takes a completely inconvenient and mundane subject and turns it inside out, as a means to reflect how he is viewing his life course; was he even raising the issue of global warming where he sings: “Now I used to think that I was cool, running around on fossil fuel, until I saw what I was doing, was driving down the road to ruin.”

The subtle theme of self-doubt and exploration continues to rear it’s head throughout the album, constantly questioning, sometimes answering. Terra Nova has an almost religious sound, talking of sailing the sea while pondering what he owes his family, returning to relationships, even spiritual awakenings.

As often most songwriters do, Taylor would write stories within his songs, leaving you to wonder if he is relating to you a personal experience, or telling you a humble story with hidden guidance. When listening to Fire and Rain you can’t help but feel like a friend you have cherished dearly for years is telling you tales of his life, his pains, and his realisations. Largely down to his vocal range, using his discernible soft accent, Taylor makes you feel personally involved in each and every song.

So here we are, many moons have passed since James Taylor’s prime, 40 years to be exact. Spending these years wisely, no doubt applying the secret of life and enjoying watching the years pass, he has continued to consistently produce another nine albums worth of beautiful music.

There is an expression that says an artist can be the ”voice of a generation”. Some may be inclined to express James Taylor this way, however, I disagree. I believe that the bluesy folk rock that Taylor perfected can, at times, be a voice for anyone. His music is timeless, and he has remained one of my favourite artists of all time, not only because the strong nostalgia for many of his songs, but because James Taylor’s music grows with you, consistently teaching you new things about the world, and yourself.