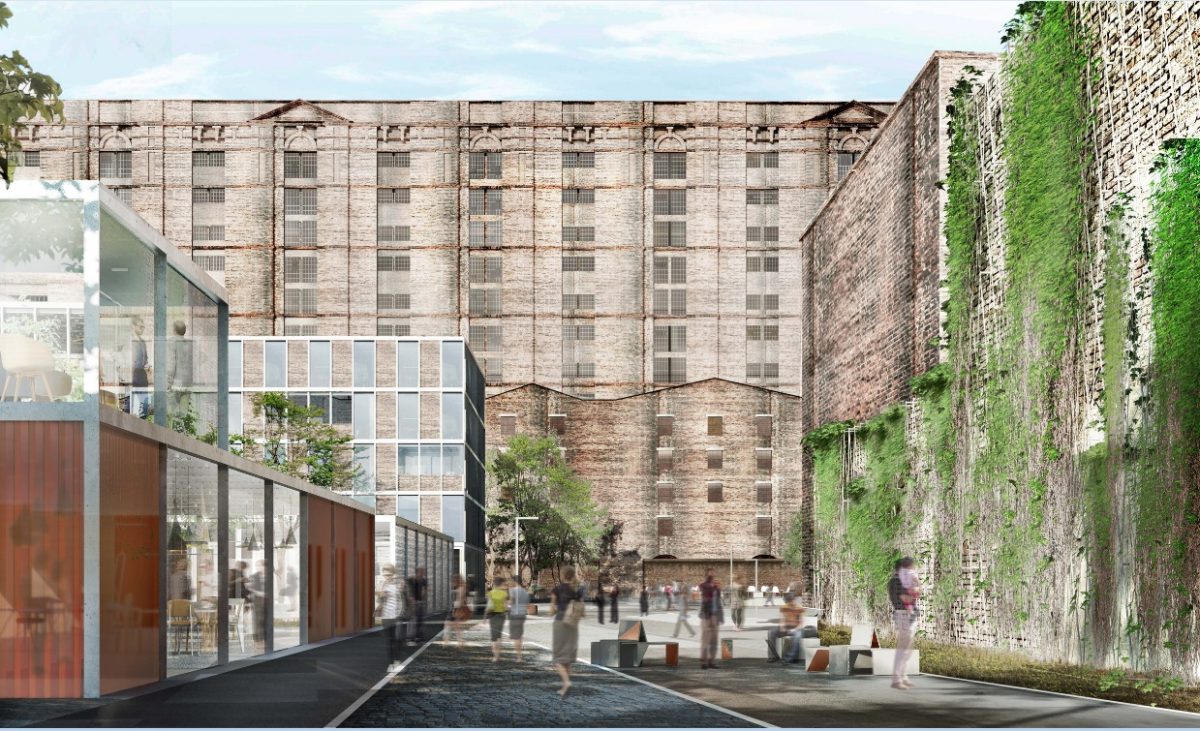 An artists’ impression of Ten Streets

A UK first is set to debut in Liverpool’s new creative district, as Getintothis’ David Hall brings you all the details.

Last year we brought you news of the Ten Streets project, which now begins a stage of public consultation on the future of the North Liverpool Docklands area. Now a major performance venue featuring a revolving auditorium, will be at the heart of regeneration plans for Liverpool’s new creative district.

The new music and arts venue will stand as the UK’s first ever stage-around theatre, based on a blueprint from a hugely successful performance space in Amsterdam. The stunning venue will be part of a multi-million pound programme to attract creative businesses to the Ten Streets district.

Kees Abraham, of Stage Around, explains the unique concept: “We’ll add a new dimension to the UK and the Ten Streets offer with the first ever stunning new Stage Around theatre and music venue in the country. The cutting-edge revolving stage, which originated in the Netherlands and has had break out success in Tokyo, will provide audiences with a genuinely immersive experience built around an international quality performance programme.”

The vision for the historic dockland encompasses an area where digital business rubs shoulders with creative and artistic enterprises to mark a vibrant new urban district for the city region.

The 125 acres of former dockland will incorporate new squares and public spaces, in the area surrounding live music venues including the Invisible Wind Factory and DROP the Dumbulls. Ten Streets is set to take in £11 billion worth of investment and create a total of 40,000 new jobs over the next decade.

At this stage, Ten Streets will be launched as a vision to engage local businesses and the wider public in a debate about the area’s future with, comments and feedback generated during a month-long consultation campaign. The starting point for the consultation is titled Ten Big Ideas, which will provide a basis for future policy and an emerging vision.

The next phase of work for Ten Streets will be undertaken by the multi-award winning Paris-based architects AWP, whose recent work includes the 365 acre strategic masterplan for Paris’ Central Business District.

Take a tour around Ten Streets and the Ten big ideas set to shape it.

Posted by Getintothis on Thursday, 2 February 2017