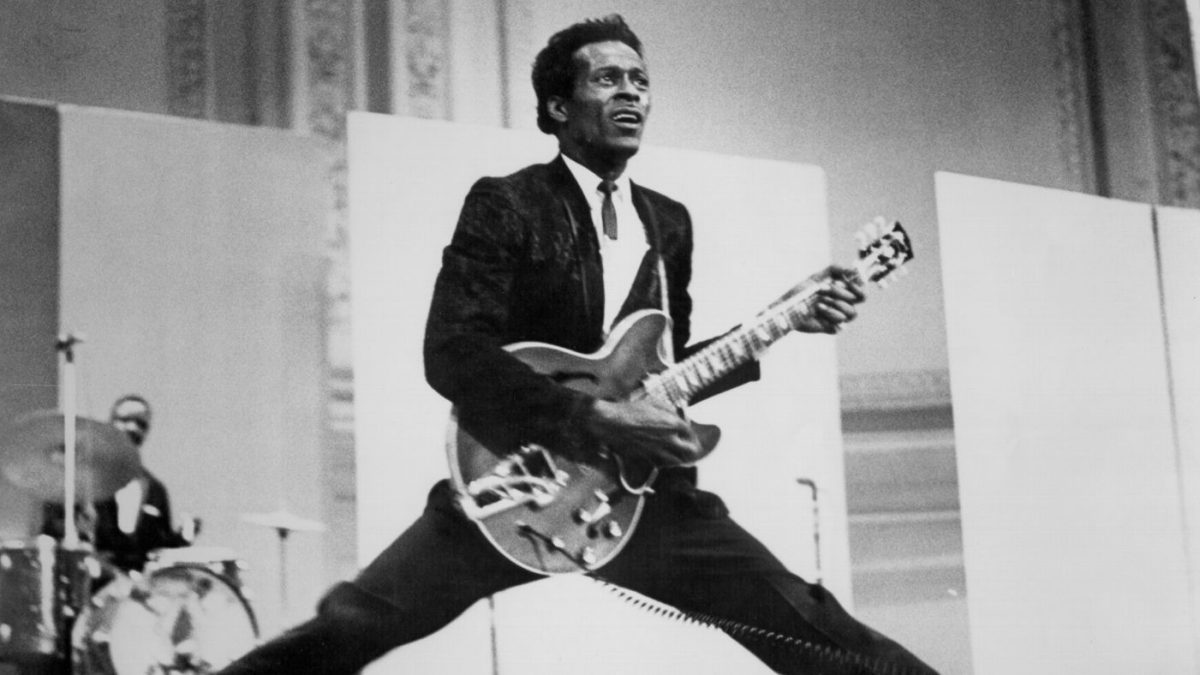 Following the death of the original rock and roller, Getintothis’ Peter Bowman recalls first falling in love with the music of Chuck Berry.

‘I got the rockin’ pneumonia, need a shot of rhythm & blues‘

I’m not sure one should write about how important Chuck Berry was to you after a surfeit of Pinot Grigio, but he was, very important.

You’d noted the arrival of rock n roll, Little Richard and Jerry Lee Lewis, but in my case, you were only about eight years old. Adolescence was accompanied by people I still like such as Bobby Vee and Del Shannon, but as A Levels loomed the search began for something special. Avid reading of sacred texts like Disc and Music Echo and Melody Maker revealed new Holy Grails – we heard of labels only available on import like Tamla and Chess. In 1963, young Englishmen like Lennon and Jagger name checked our new heroes. The foremost name was Chuck Berry.

OK, so it wasn’t the 100 Club or Eel Pie Island, but the R&B nights in the Maids Head in Kings Lynn was the forum and Chuck was the muse and soundtrack. Bands like the Tea Time 4 (led by Boz Burrell later of Bad Company) played Berry covers to die for. Rather than the familiar clips of the great man, a better memorial would be footage of young provincial Englishmen singing about the ‘New Jersey turnpike in the wee wee hours..‘, but this I can’t yet locate.

My idolatry for Chuck Berry was sealed by two succeeding events. In 1963, Chess Records secured a UK outlet on Pye International (I remember the fun to be had convincing the record shop assistant that there really was a disc called Bo Diddley by Bo Diddley) and the first pay packet I ever got (fruit picking in West Norfolk after O Levels) largely went on two LPs – Please Please Me by you know who and Chuck Berry by, well, Chuck Berry. Then in 1964, there was the Second Coming – Chuck (fresh out of prison) was actually touring, over here! The Maid’s Head ran a bus and we all decamped to Nottingham. It was a great bill – another legend, Carl Perkins and a blistering new band called The Animals almost outshone a careworn Chuck.

Over the years I’ve accumulated most of the tracks. I suspect Britpop or garage/techno generated the same camaraderie, but we were true believers clutching our single LP. Now I can listen to Johnny B Goode on my phone, or one keystroke takes me to the lot on this laptop.

It’s late, but I might just go there – RIP, Chuck, the music won’t never stop.