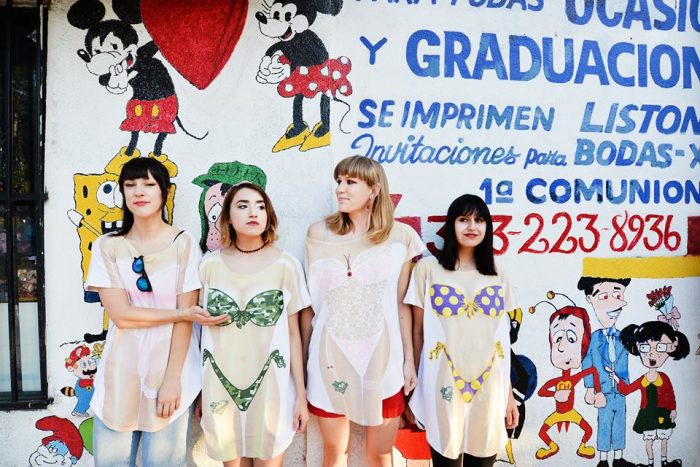 Taking a stroll down familiar roads, Getintothis’ Lorna Dougherty brings another 3 hidden artists to the fore.

From the little town of King’s Lynn, we have 4-piece The Extons.

The quartet released their debut single, I Won’t Leave Lonely October last year. This song is old school punk rock with a sprinkle of roll for good measure.

Gravelly vocals which resemble Jake Burns from Stiff Little Fingers, matched with aggressive drums, and distorted heavy guitars, it grabs your attention and keeps it throughout. As a single its great, as a debut single its excellent, and definitely put the young lads on the map as ones to watch in the future.

Staying patriotic, we jump a little further south to William Dop, aka Iyesaya.

This under-the-radar treasure records all his work from his bedroom in Dorset.

His song Bite sits in the liminality in between psychedelic, dream-pop, and indie. With jangly guitar riffs, and soft percussion it’s quite the contrast to our previous chosen song, but  therefore part of the rich tapestry the UK has to offer at present; he is our very own Mac DeMarco.

In order to mark the start of International Womens Month, we felt it was only fitting to include an all-female 5-piece band; LA based Peach Kelli Pop.

The bands singer-songwriter, Allie Hanlon, had an idea to create music from her room at first for herself, but then she began to write for an audience. She includes serious topics including the challenges and pressures faced on women.

Peach Kelli Pop have played with all women for the past few years in order to refute the male-dominated music industry.

Halloween Mask has layers of high pitched harmonies, which create a fun catchy song and a chorus that’ll have you singing in your sleep, yet it is contains a sinister undertone with an important message – basically screw the superficial ideals that women are expected to meet.