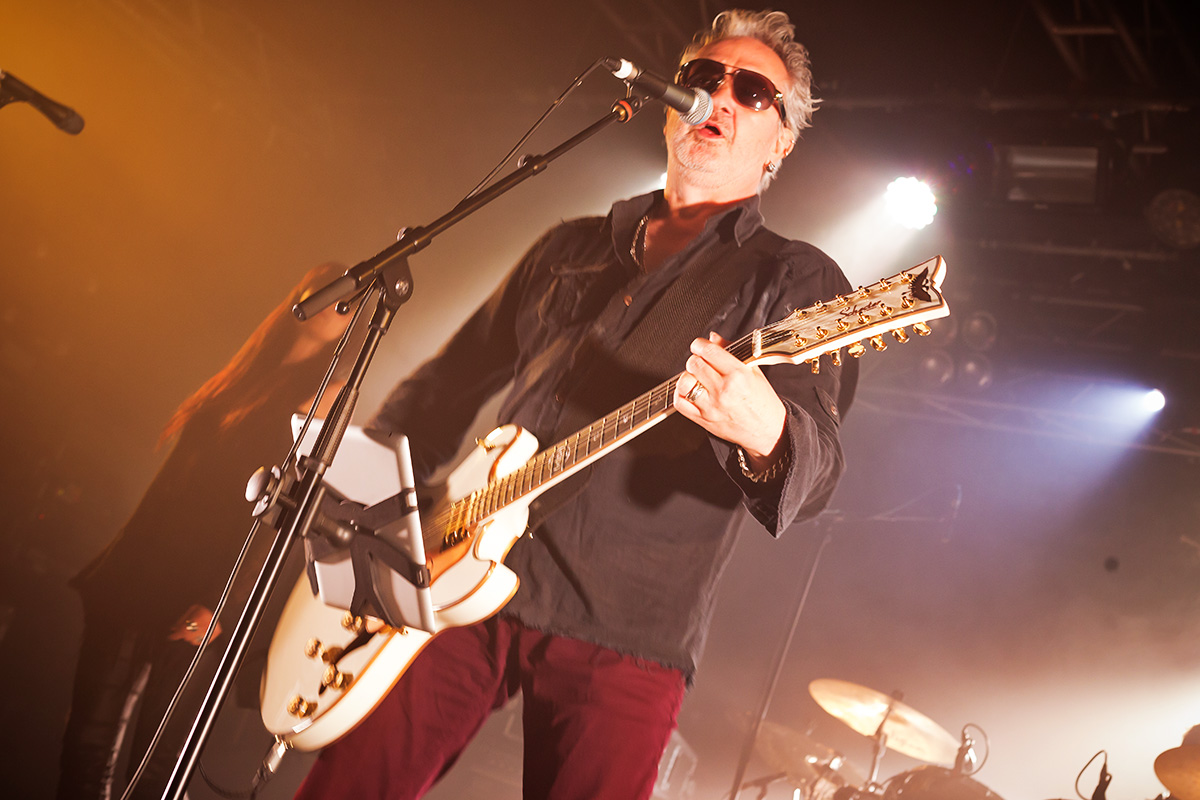 As The Mission brought a goth invasion to Liverpool’s O2 Academy, Getintothis’ Banjo was there to report from the front line.

Tonight, Liverpool is subject to a mini goth invasion. The city centre, Lime Street and surrounding pubs see an influx of Mission t-shirts, leather jackets and long hair. The Mission, it seems, are still enough of an event to attract fans from far and wide. Those who have made the pilgrimage may have grown older, but the fires have not dimmed, and there is much to be admired in this.

First support act Pauline Murray plays to a small but dedicated audience, with many singing along as she plays songs from throughout her career. She cuts a lonely figure, sat on the Academy’s stage with just an acoustic guitar for company, but her voice is an iconic one, immediately calling to mind hearing Penetration on John Peel as a young punk. The audience builds, but as third on the bill, her time is short. A taster for Penetration’s forthcoming Liverpool gig.

Next up are Skeletal Family. While never reaching Mission-like levels of success, The Skellies, as their friends call them, were a mainstay during the goth years. They turn in an impressive and energetic set tonight and their reunion is definitely a good thing. Singer Ann Marie still has the voice and all the goth-siren qualities she ever had, a whirl of flame red hair and leather trousers. The rest of the band have perhaps not aged quite so gracefully, and in my mind I conjure an identity for their guitarist where he is an IT worker called Nigel who is using some annual leave to take to the stage.

They all seem to be having a great time of it, with Ann Marie gyrating with abandon and Nigel from IT throwing some suitable rock star poses. Their enjoyment makes it off the stage into the audience and gets things warmed up very nicely thank you.

It would be easy to classify tonight’s proceedings as another exercise in nostalgia, but in truth, The Mission are far more than a backward looking band. Touring their 11th album, The Mission have a wide ranging selection of songs to draw on, meaning they do not have to remain tethered to the past. They also have an audience devoted enough to be able to sing along to pretty much any song the band care to play.

From Bristol to Brazil – Read our Wayne Hussey interview here

They have a long history of playing some of the world’s biggest stages, and it shows. They still behave as if they were headlining Reading Festival, their stage presence makes them come across like superstars.  Tonight is a masterclass in putting on a good show without having to rely on show-stealing lighting or elaborate staging.  Charisma still goes a a long way.

Starting with Beyond the Pale, they launch into an hour and a half’s journey through their back catalogue, mixing the old with the new to great effect. In the audience, a smiley long haired type takes to throwing his arms around an older Catweazle type figure, in a gesture of male bonding. Catweazle however doesn’t like this and rains ineffectual punches on our long haired friend’s arm to discourage him. It doesn’t work.

Much has been written about The Mission’s audience and their devotion to the band. In the live arena, this translates into a hands-in-the-air, standing-on-shoulders experience that reminds us all just what an incredible experience live music can deliver. Fans sing along to new songs and old and audience participation levels such as these are seldom seen. Mission fans are a crazy, dedicated bunch and the band are very lucky to have them.

Catweazle is now trying to take photos, but Long Hair has his arm around him again and is jumping around so forcefully that the camera is jostled, making photo taking impossible. More limp punches are thrown but go completely unnoticed.

Playing a Gretsch 12 string that is a thing of rare beauty, Wayne Hussey leads the band through Mish classic And the Dance Goes On, with the crowd taking over the chorus as Hussey steps back from the mic and smiles. By Garden of Delight, Catweazle and Long Hair seem to have reached some sort of mutual accord and are happily jumping around together. Now this writer loves a happy ending and visions of the two becoming mates and going for friendly beers seems a definite possibility.

The quintessential Mission moment is the beginning of Wasteland, where the audience hurl mounds of paper shreds into the air on the songs first drumbeat. A ritual that is now many years old, but never fails to raise a smile. God knows what a person seeing The Mission for the first time would make of it all.

Tower of Strength still sounds like the epic it was always intended to be, with encore Butterfly on a Wheel close by in epicness stakes. As the former plays, Catweazle and Long Hair have once again fallen out. A shame, I had such high hopes for them.

After 70 minutes, the band walk off and, once again, The Mission’s audience come into their own. Cheers, shouts and stomps bring Wayne Hussey and backing vocalist back on stage, Hussey showing his voice to great effect. Strange to think that their record company initially wanted the band to have another lead singer, putting such names as Pete Murphy, Gavin Friday and even Classix Nouveaux’s Sal Solo up for consideration! Thankfully, sanity won out, and it is now hard to imagine The Mission without Hussey’s distinctive voice.

The encore’s good vibe is contagious as Catweazle and Long Hair are once again reunited. Not wanting to spoil this happy ending, I slip out as the band play their last song of the evening. With a Planet X after party planned, the evening is far from over. In my mind, the two new friends were there, jumping around in unison, two worthy additions to The Mission’s touring family. 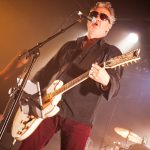 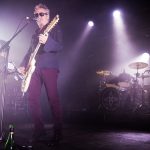 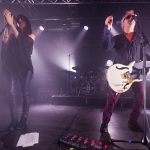 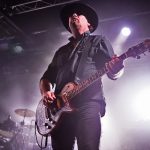 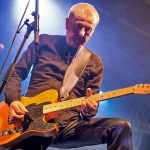 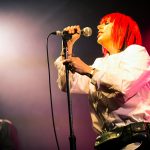 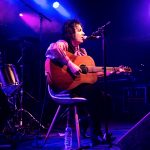