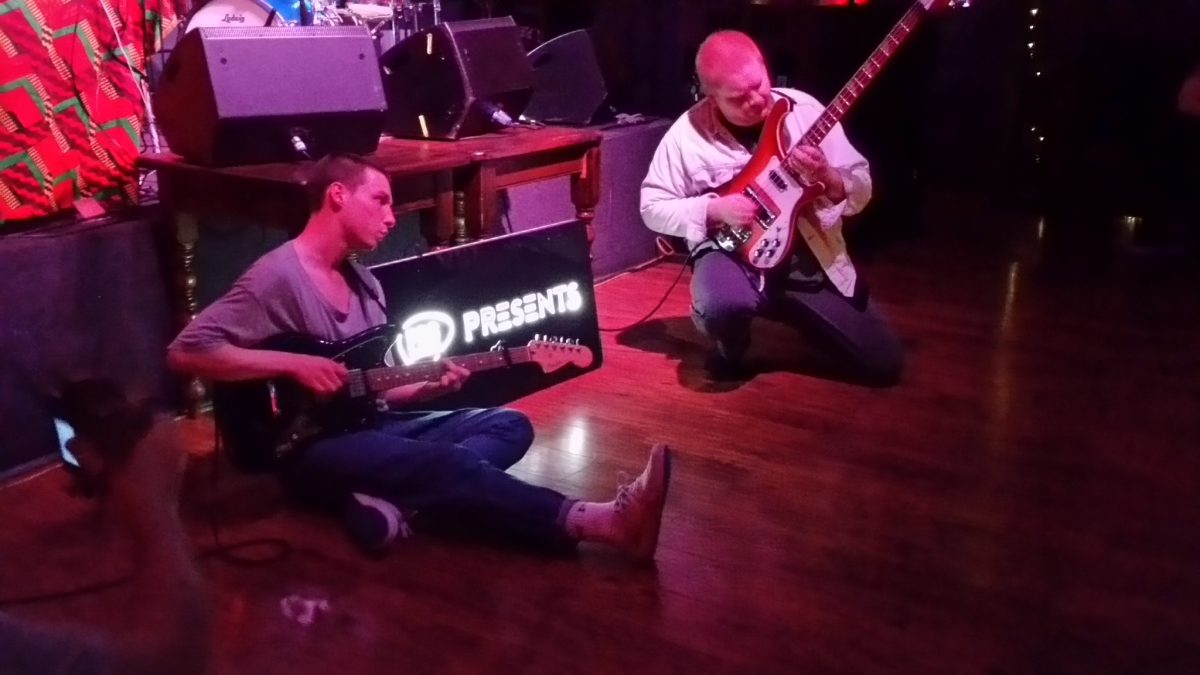 As PRS for Music’s education programme took place at FACT, Getintothis’ Jackie Lees was there to take in the advice on offer and see much-tipped bands perform.

The Vryll Society and Hers were top billing as Liverpool music fans lapped up music and industry tips at a PRS organised event at FACT and Leaf.

The event, involving two panelist sessions, was aimed at local music creators and songwriters and dealt with the issues of receiving financial reimbursements from their work in the current industry.
Often overlooked in an artist’s initial endeavours just to get their music heard, the new PRS system provides a facility to enable them to get paid for their efforts, even if they’ve just played a small gig in a local pub.
For when things really take off, the Live Concert Service also has international reach, eliminating the notorious complexities of licensing gigs in overseas territories and even providing a handy tariff calculator on the App.
Both of the evening’s conference sessions were moderated by Daniel Jones from PRS for Music. The first, How To Create Your Masterpiece, featured: record producer and label owner Steve Levine; Elizabeth Sills from the PRS Foundation; songwriter Natalie McCool, and Dave McCabe from The Zutons.
Obviously, no PRS can be paid out to members until there is an actual song written and this part of the conference focused on that. It was particularly fascinating to hear Steve Levine‘s contribution, both in terms of his anecdotes and also his very practical tips for how to overcome some of the creative problems encountered along the way.
Drawing on his own experiences working with Culture Club in the early days and how, in their 1983 hit, Church Of The Poison Mind, the same lyric with the same melody was interpreted very differently by Boy George and Helen Terry.
Covering many aspects of the songwriting process, one point that came across strongly from all members of the panel was that honest communication between collaborators was key and the division of writing credits should be agreed on the day, preferably before even leaving the room after the session to avoid any potential for conflict.
The second panel, How To Get Your Song Paid And Played, focused on what to do with the finished article, how to generate exposure across all areas of the media and generate a fan base. Panelists were: Karen Buse, PRS for Music; Dave Monks from BBC Introducing Merseyside; Hattie Pearson, presenter from Key 103, DJ and Manager; Christopher Torpey, editor at Bido Lito Magazine and Kate Blakemore, Music Supervisor at Lime Pictures.
Dave and Hattie offered some very sound and specific guidance to the delegates on how to go about submitting music for radio, noting that the BBC uploading system has been massively successful in getting new music directly to the attention of presenters at the heart of the industry.
Kate Blakemore shared her expertise on how to maximise the opportunities for having music featured on TV and how to go about presenting a track for consideration.
PRS are running these events to support the launch of their new, simplified reporting tool which members can use across a variety of devices to claim unpaid royalties. Karen Buse explained that the upgrade is necessary in part due to the ever increasing demand on the system processes, PRS collected and paid out income on 4.3 trillion (yes, you read that right – TRILLION!) performances in 2016 alone.
Sharing a brolly with Dave Monks, this writer made a quick dash round the corner in the still lashing rain for the second part of the event at Leaf on Bold Street, where The Vryll Society and Her’s were both performing exclusively for delegates.
Liverpool based dream-pop duo Her’s are Audun Laading from Norway and Barrow In Furness born, Stephen Fitzpatrick. With two guitars and a drum track, they delivered an easy, relaxed set, so laid back that, at one point, they even came down to sit on the floor in front of the stage.
A swift bit of compering from the eloquent Steve Levine and we were led into The Vryll Society‘s mesmerising performance. Complex, dreamy and psychedelic, a truly kaleidoscopic experience leaving us feeling slightly altered for having seen them. Front man Michael Ellis sways as he sings in a way slightly reminiscent of Ian Brown and with equal magnetism.
The Liverpool five-piece were a perfect choice by PRS presents to demonstrate the advice given to delegates earlier in the evening, don’t start until you are ready and have honed your music, build the story of who you want to be as musicians, create a buzz, and most of all….be memorable – bringing the event to its conclusion, they ticked all the boxes. The overall result was a sense of having been a part of something special.
Photos by Getintothis’ Jackie Lees 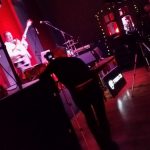 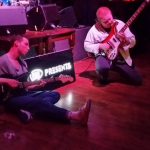 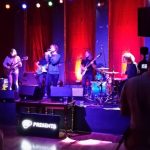 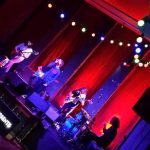