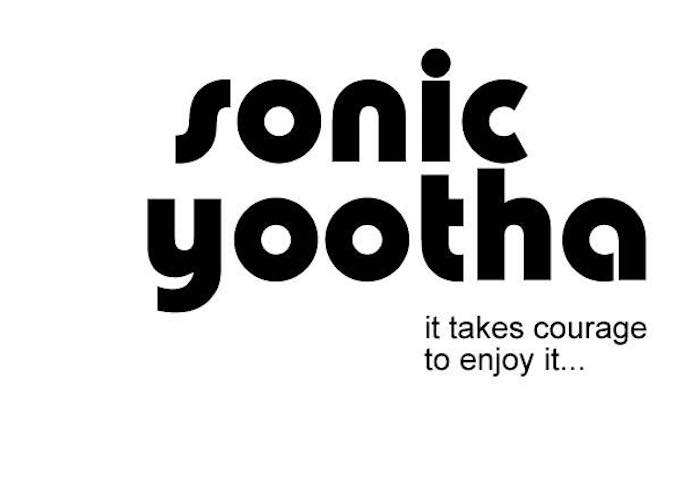 The monthly ‘social’, Sonic Yootha, turns two this weekend so Getintothis’ Janaya Pickett sat down with organiser John ‘Aggy’ McLaughlin for a trip down memory lane.

As a (mostly) hetero female by birth I feel a disclaimer is in order before I start commenting on the LGBTQ community, and rightly so. As a person of colour I know all too well the bitter taste of appropriation. Sub cultures flourish in the face of, and as a consequence of, oppression then are all too often bastardised by the mainstream. It’s become too easy for people outside of certain cultures to chime in with a fashionable cause. In a time of loose facts, keyboards to hide behind and internet based platforms, opinions, like arseholes, a rife.

I cannot speak for the gay community but I can relate to a certain extent. The system we live under promotes a white hetero rich man fantasy and it has been argued that the methods used to keep this system in place (economic inequality, racism, sexism, homophobia, xenophobia … ) are all sides of the same coin. Therefore as a minority and a woman I believe I relate to the LGBT struggle much in the same way that many gay men relate to straight female icons in popular culture. What we relate to is human perseverance against the odds and the celebration of identity.

On the subject of bastardisation, queer culture has saturated the mainstream in a big but subtle way. It’s influence trickles down and it’s become part of the fabric of contemporary cultural language. This is fantastic and welcome and needed of course but as is usually the case the images we see of LGBT men and women in the mainstream paint certain narrow pictures.That’s not to deny the existence of, say, camp (or butch for that matter) or suggest that this depiction is totally incorrect but to champion those grey areas that aren’t so market friendly.

Stereotypical images of any community can be damaging, perpetuating ignorance rather than addressing it. In reaction to this there’s been an increase in thought and action around the fluidity of identity, gender and sexuality. The market is diversifying. When we first saw promotion for Sonic Yootha back in 2015, it felt serendipitous to say the least. A social that took the LGBTQ community out of the usual business district and into the Baltic Triangle. It billed itself as “a monthly new wave, old rave, techno, electro, rock pop and soul social for homos, heteros, drag shows and don’t knows” – an extremely refreshing prospect.

In the run up to Yootha’s second birthday we spoke to one third of the team behind the magic John Aggy. He is instantly engaging and we got straight to talking about everything from his long and varied DJ/club career to his upbringing in the Cantril Farm estate during the 70s and even a brief stint with a band in Berlin. What we begin to realise during our conversation is that, not having met any of the Yootha crew before and judging them only from their slick promotion, we’d imagined a meticulous team who had very cleverly taken advantage of sociopolitical trends. Although Aggy does admit that himself and fellow party planners Ian Usher and Shaun Duggan are “total control freaks”, the reality of Yootha’s beginnings are actually more organic.

“What we wanted to do was to open somewhere for people of, say, my generation, give or take ten years … for people who maybe wanted to go out. Maybe not wanted to swing from the rafters but wanted to go out and enjoy themselves without having to deal with town of a weekend. So we thought we’ll just run it and see what happens and if anyone is interested then great. … We keep it low key and keep it a social… because we’ve always said it’s a social we’ve never billed it as a big club night”.

Sonic Yootha began at Camp and Furnace, a relationship that for one reason or another only lasted few months. “The last one we did in Camp and Furnace was in October 2015 and then we were homeless and I remember saying to Ian ‘Do we want to carry on’?”. People liked the event but by this point Aggy in particular had been part of ‘clubland’ since the 1980s. Yootha for him began as just something to do.

A chance to spin the music he loved once a month. “It was Ian who walked into Kitchen Street and text me saying ‘I’ve found it! I’ve found it!’. There was loads of places we were thinking of … but we didn’t want to go into gay town. The whole point of doing it was to do it away from there … We wanted to do something different and to do that we needed to go somewhere else”.

We had wanted to bring up this interesting aspect of Sonic Yootha – that it was a ‘gay night’ that happened outside of ‘gay town’, something that we rarely encounter. We quizzed Aggy further on this: “Mainly because we thought the kind of people who would come to what we wanted to do probably wouldn’t go [to gay town]. Gay town caters for a certain demographic, a certain age group who want a certain thing. We wanted to do something that was a bit eclectic and a bit risky. Yeah we play Kylie, but we also play Talking Heads. We wanted to play The Specials, Erykah Badu … you know?

“We wanted the kind of crowd that would enjoy us playing the Human League next to Girlschool. And that was the point. And if we wanted a drop a really weird obscure Shirley Bassey track in there then we could do that. And having a crowd that would just go with it because they were there for the fun of it. When we got to Kitchen Street that’s when it started to work because people fell in love with the venue“. That emoji with love hearts for eyes? – That’s a bit like how Yootha talks about 24 Kitchen Street.

“Those guys have been instrumental in making it what it is and it would feel weird without them. They’re very hands off and I think with some established venues they want to put their stamp on things which is not how it works… They have a really nice ethos which is ‘here’s the venue. What you do in it is up to you’. And they’ve got such a broad canvas that they paint.

“I mean, we’re plunked in the middle of experimental techno, hip hop, reggae with the sound systems in there. So it’s a really mixed bag. For the scope of what Kitchen Street do, I think you’d be hard pressed to find another venue with that kind of range, you know? And then there’s this weird old gay night stuck in the middle of it all. Which is kind of a gay night but kind of not a gay night”. Indeed one thing we did come away with from our meeting with Aggy is a more deepened respect for the team  behind 24 Kitchen Street (as well as Yootha of course).

What we keep coming back to in our chat is the atmosphere at a Sonic Yootha night. Often the best nights are not only in the music played but the crowd you enjoy it with. Yootha‘s broad appeal means that it can’t ever really take itself too seriously. Earlier, Aggy had hinted that Yootha was originally something for his generation but we comment that in the Yootha‘s we’ve attended there is a very mixed crowd and a distinct young crowd.

“That’s the surprise. Because we genuinely thought that we might get a couple of young people in but not as many that come now. And they get it. They absolutely go for it. And sometimes they come up and ask for a record and I’m thinking ‘how the hell do you know that? You weren’t even born when that came out… It’s been a really nice surprise seeing the amount of people who are like twenty-odd just having  a good time and dancing all night.

Also, having some of the young LGBT crowd coming in and the feedback we get from some of them who say that they’ve finally got somewhere they can go to in town that they feel safe at“. 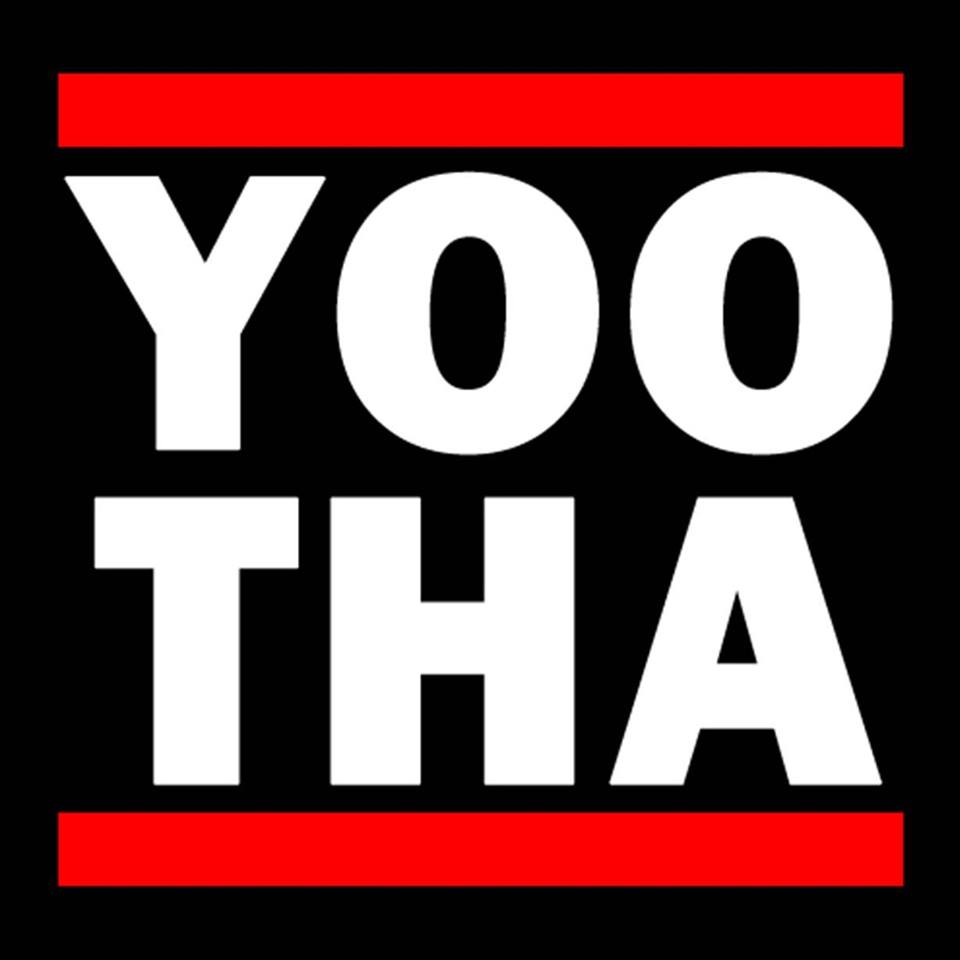 We talk about gay town and the tight-knit way that such communities operate – which is essential but can also shut people out. We talk of gay friends who don’t feel as if they fit in with the long established gay scene in Liverpool whether that be due to music taste or something else. “That’s what you do it for. The people who have had nowhere to go and now they have.

“I remember when I first started working in the old school gay clubs. One of the fellas I worked for always opened his club on Christmas night and even though it wasn’t that busy he’d say it doesn’t matter. If there was only five people there he’d say ‘those five people might not have anywhere else to go’ and I never ever forgot that. That’s a good ethos. He made his money all year round but that was him giving a little bit back. For those people who might need somewhere to be with other people“.

The people at Yootha are what make it and the fact that everyone there is there for the same reason, for something a bit different. You leave your pretensions at the door and dance through sets never knowing what track will be played next, witnessing impromptu vogue-offs, perhaps a couple of drag queens performing a dance routine. All the while Aggy‘s projection offers a collage of pop culture references, that tie in with that month’s theme, solidifying the Yootha brand.

“People just do their own thing. You have a couple of drag queens over there, some bears over there, twink boys, girls in the middle and then everybody else and it doesn’t seem to matter. It feels very refreshing“. It does. We can’t help but gush and try to make Aggy realise that what the Yootha team have done far exceeds the little ‘old gay night’ they’d imagined and It’s serving a purpose as evident in its great success. So what’s the future of Sonic Yootha?

“Who knows. We didn’t even think we’d get a year. Ian, Shaun and I had a conversation and said if we get a year out of it then at least we’ll have some fun but suddenly it’s our second birthday. It’s staying busy, people seem to love it. Who knows? People keep saying that we’re going to have to get a bigger venue but I’m wary of bigger venues. I’ve worked in clubland long enough to know that if you overshoot … 300 people in a small venue is a party, 300 people in an aircraft hangar is a mistake“. Aggy doesn’t seem to want to overthink the future and we’re OK with that.

For however long it lasts, we’re sure glad it was here at all. Sonic Yootha, subconsciously or not, is a response to the times, a sign of the times and we do believe it’ll be remembered as a bit of a trail blazer. Happy birthday Yootha, may you grow old (dis)gracefully.

Sonic Yootha‘s second birthday bash will be happening this Saturday at 24 Kitchen Street, check out the event page for more details. 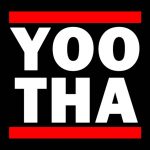 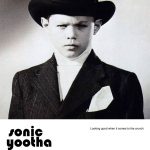 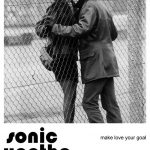 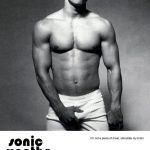 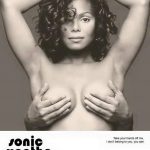 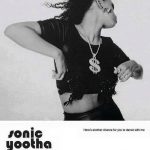 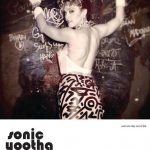 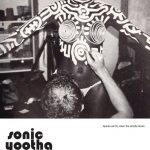 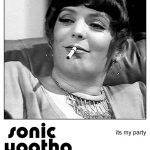 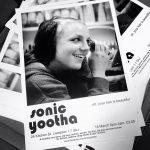 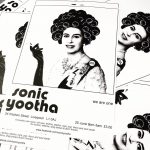 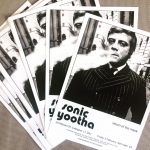