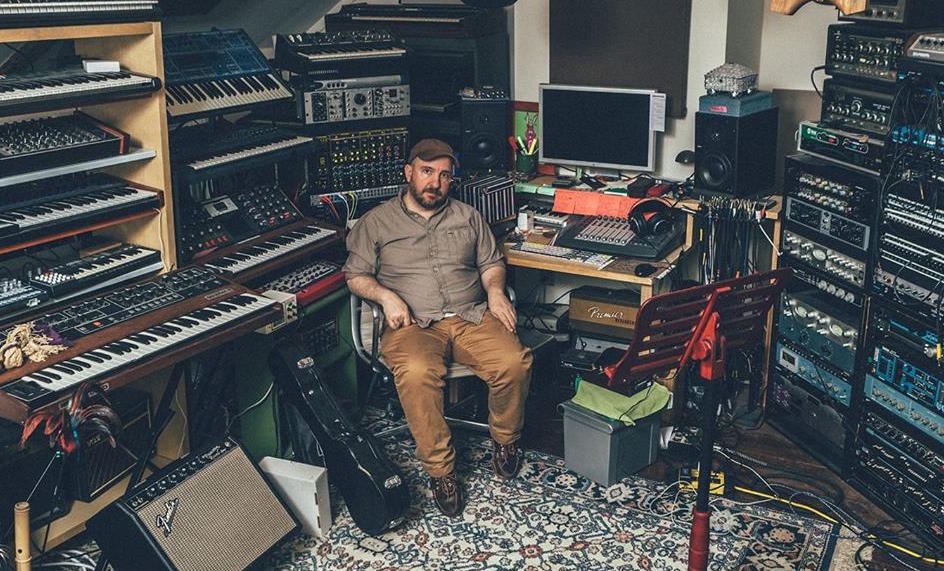 One can’t help but approach a conversation with Stephin Merritt, the guiding force behind Magnetic Fields, with some trepidation.

The singer, songwriter and multi-instrumentalist has quite a reputation, not only as someone who indulges in long brooding silences in interviews, but who delivers brusque replies to questions he doesn’t like too much.

One journalist referred to him as a curmudgeon. It seemed suitable therefore, to start our little chat by asking him about his curmudgeoness.

It goes quiet for a bit. I start to wonder if he’s put the phone down.

‘How dare you say such things! This interview is over!’ he cries, with drama and mock indignation.

Turns out the curmudgeon theory is a little off base. He’s got quite a dry sense of humour actually, one that shows itself when you least expect it. But there are silences, lots of them; he speaks slowly, stretching and fattening his words. It’s like he’s filibustering, until the time runs out.

And yet, to say Stephin Merritt is prolific is somewhat of an understatement. Magnetic Fields is his main project of course, but there’s been a healthy number of albums released throughout his career – twenty five records at last count – not only by Magnetic Fields but also from side projects as well, plus he’s written musicals, operas, and a book of Scrabble-inspired poetry.

In 1999, Magnetic Fields released 69 Love Songs, a three hour long opus, so it seems fitting, then, that Merritt took up the substantial challenge of writing and recording fifty songs, one to represent each twelve months of his life, and made this year’s 50 Song Memoir album.

Any listener to the record can’t help but feel that they know the man intimately; he spares little detail, all areas of his life are explored, it seems; his medical history, love life, his relationship with his mother; it’s an intimate record, for someone who doesn’t seem, on speaking to him, ready to share that much on a one to one basis.

‘(50 Song Memoir) was proposed to me by the president of (record label) Nonesuch and he pointed out there was only one time when I could possibly do it as you only turn 50 once. So if I ever wanted to do it the time was now,’ he says. ‘I think I’m the right person to do this. I don’t know that KC and the Sunshine Band would have the same impact if they tried to do it.’

‘You never know, yes,’ he says wearily. ‘(But) to do it you need to be a lyric based songwriter because the lyrics it’s fair to say are going to matter a little more than the music and you have to be able to sing and kind of play in a boring way like I do. So that all of the lyrics are audible you wouldn’t want to hear an artistic singer like Tina Turner of Stevie Nicks someone with a very expressive voice to do this sort of material because it’s so much all about the lyrics rather than the singing.’

There’s a silence, a long one, so I start to ask another question.

‘The other person who should do this is Nick Cave,’ he interrupts. ‘I was kind of living in fear that Nick Cave was going to do it and scoop me. But he’s probably a little older than me so I’m safe now.’

He gives a little laugh. I try the question again, about what’s so special about turning fifty, to him personally.

50 Song Memoir contains songs about so many people in Merritt’s life, his mother Alix in particular features in a very honest way. Did he censor himself much on the record to save the blushes of others, and how much of a compromise did he make?

‘Oh yes! But only in the way you censor yourself in ordinary life. You don’t give away people’s secrets. If I wanted…there are people I treat quite well but if I wanted to blackmail them, I could. I didn’t want to give the impression that I’m attacking anyone. And my mother appears a lot and I say a lot of dramatic things about my mother. So I did actually play her the album, or the part of the album she’s on before releasing it because I wanted to make sure she wasn’t going to never speak to me again or sue me for libel or just be enraged.’

And what did your mother say when she heard it?

‘She was upset…I call her a hippy and things like that. But she realised in general she comes off quite well and she comes off as a really interesting character and that wouldn’t be the case if I didn’t go a little bit into the darker side of motherhood.’

Being a hippy ain’t the worst thing, and 50 Song Memoir is a concept record if ever there was a definition of one. Merritt’s upbringing was unorthodox, to say the least. He moved around a lot, and didn’t meet his father, the folk singer Scott Fagan, until 2012 and in his mid forties.

‘It was very much nomadic,’ he laughs. ‘I lived in dozens of places.’

‘I don’t know. I don’t know that it did. We moved around a lot but we still have the same records most of the time. We didn’t have many records. We lived in Hawaii for a bit and only later came to love playing the ukulele. I don’t even remember encapturing the uekele in Hawaii but certainly I loved living in Hawaii and would happily live there again if I could snap my fingers and be in NYC whenever I wanted to!’

He laughs again, at the thought.

‘I definitely have a sense of rootlessness and probably a sense of independence socially since I didn’t have stable friendships I evolved into a personality that didn’t involve stable friendships. I am principally happy being alone. I need my solitude probably more than other people do. It’s true of only children in general but peripatetic nomadic only children especially have to be comfortable with themselves and being self-sufficient.’

So you’d say you prefer your own company to anyone else?

‘Well yes, everyone should.’

There’s a long silence, but I’ve learned by now to let the man speak.

‘You’re stuck with yourself. Everyone else you can change.’

That makes sense. And yet, I’ve read that Merritt, when writing, doesn’t find his own company useful; most of his songs are written while sat in gay bars. Some writers insist on quiet in order to work, but he is different again.

‘I have a hard time writing in silence actually, because I have music continually in my head. So in silence I hear the music that happens to be in my head like a TV commercial from the early 70s or a song I don’t like. What I have in my head right now if Lene Lovich’s Lucky Number which I was talking about in the last interview.

‘Fortunately it’s a song I like. But if I tried to write a song right now I would have to bat away Lene Lovich because that’s taking up the part of my brain that tries to come up with melodies and lyrics. But if I’m listening to music then I find it easier to screen out the music that I’m hearing and I can respond to the music that I’m hearing. Before I was old enough to hang out in bars I wrote songs while watching television also I don’t like to sit at home and write because there’s always something else I’m supposed to be doing.’

Not only is he a songwriter but has written poetry as well. Does he pursue other types of creative writing?

‘I’ve been writing short stories recently,’ he reveals. ‘Just for myself so far. I have notebooks filled with stuff. Much of which never turns into a song. So yes I write creatively and it sits there in the book. Maybe someday I will do something with them, I don’t know.’

Merritt has said on a number of occasions that he doesn’t enjoy live music, either as a consumer or performer. I wonder why that is.

‘I have a hearing disorder so anything louder than a string quartet is too loud for me,’ he explains. ‘I wish there was a way I could sit in my studio and edit the performance together. Basically I always want it to be like a record. I want it to be the conditions of the record.

‘Or – I don’t know if they had this in Britain – but in Europe they had a television show called The Buagloos which was about a pop group which happened to be insects it was a psychedelic or hippy flower power sort of children’s show a bit influenced by The Monkees. They are happy insects who lived together on a lily pad and they play soft rock happy little songs. And they do it live, there is no tape running as far as you can see so I grew up thinking wouldn’t it be nice to be able to play live like that on a lily pad, wearing insect wings.’

I’m tempted to think he’s having a bit of fun with me here, so after we’ve finished talking I look up The Bugaloos. And fair enough, it was a bona fide kids telly show, between 1970  and 1972. All spaced out or primary colours, the show’s moral themes an endless tussle between good and evil.

‘(it’s) much more fun that going to a theatre all the way across town and sitting in a tiny little red seat and trying to hear loud music in a place with one of two thousand people in it,’ he says.

Nevertheless, despite his lack of ease in such places, Magnetic Fields are to perform 50 Song Memoir from start to finish over two consecutive nights at Liverpool Philharmonic Hall. What’s the set up? AIs he expecting fans to buy tickets for both shows?

‘I hope that everyone will buy two tickets but if they only buy one they should buy it for the first show so that if they realise the folly of not buying two tickets they can still buy a ticket for the second show,’ he says cheekily. ‘(the live show is) like a story. You don’t want to not see the second half of a movie. You won’t know where you are. It’s a storyline. And it’s in two parts. It’s very much a 50 song storyline and if you stop at song 25 you don’t know what happens afterwards. In fact at the end of 25 everyone dies of AIDS. So if you want a happy ending you have to come to night two.’

He laughs, a borderline giggle. ‘Thank you.’ Last time he was in Liverpool, he says, ‘We took a picture of ourselves outside that yellow metal submarine at the airport.’

‘Next time we’ll go happily playing in The Sea of Holes then!’  He laughs, much louder this time.

There you go; Stephin Merritt; maybe not much of a curmudgeon after all.