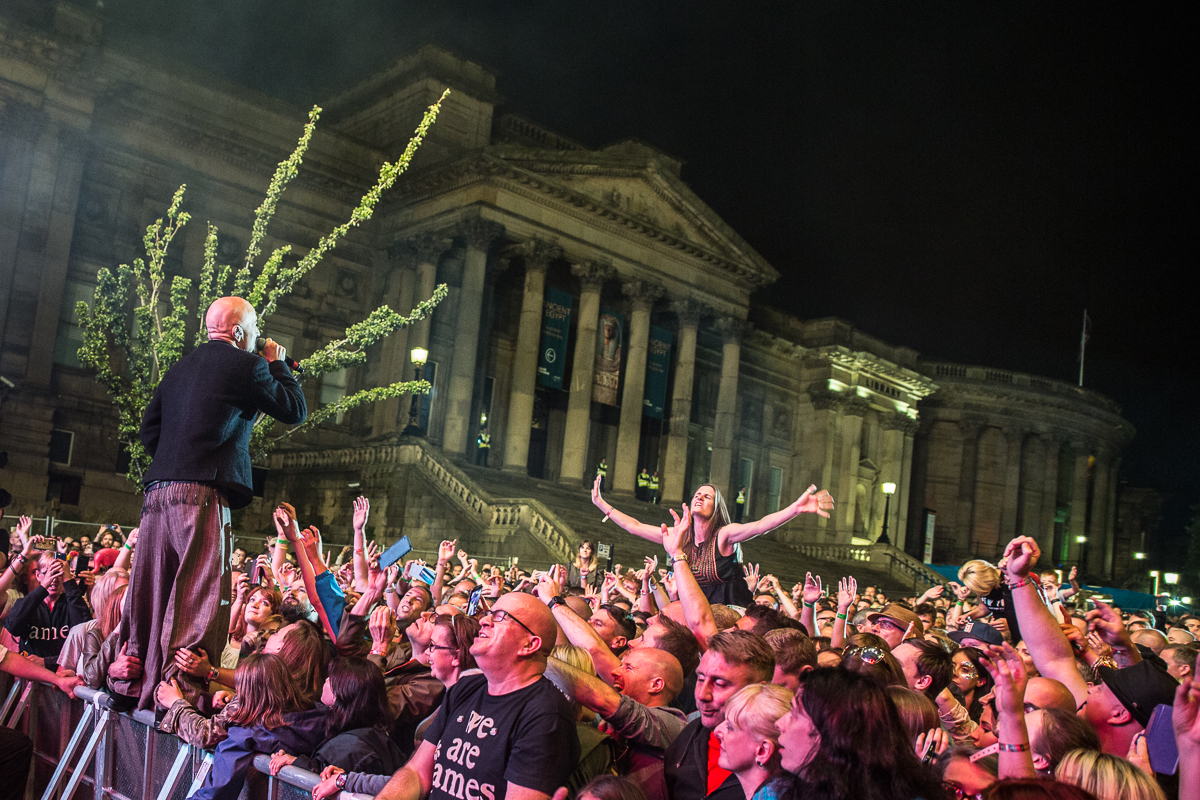 Liverpool festival Hope and Glory descended into chaos as artists pulled out and ticket holders vented their frustration as chaos and disorder reined over the first day.

Hope and Glory Festival descended into chaos on its first day as artists and ticket holders were left angry with the poor organisation.

Overcrowding and long queues saw fans frustrated while Charlotte Church pulled her slot as other artists vented their dismay over social media.

Queues of over two hours to gain entry into the festival left many ticket holders unhappy while the Liverpool ECHO reported some visitors were unable to access the toilets, food and drinks facilities because it was so packed.

With Hope and Glory running behind schedule by around two hours, many fans were spotted leaving the site and missing acts.

Once inside, festival-goers were faced with a whole extra raft of problems from what seemed like a very ill-prepared event. Ticket holders told Getintothis the location in the George’s Quarter of Liverpool did not feel large enough for such a large volume of people who wanted to spend an entire day enjoying music and festivities, unlike the successful but smaller scale Pride held in the same spot the previous weekend.

The festival’s organisers were forced to call on police to manage crowds who arranged an emergency queuing system.

Early doors Badly Drawn Boy‘s scheduled set was late while John Robb of The Membranes remarked between songs of how late the event running while alluding to speaker stacks not being tied down properly.

Further, insufficient toilet and food facilities led to additional queuing, with the poor selection of food and drink available adding to the dissatisfaction of the paying customers.

Sound leakage was also a concern for visitors as sets from the Great Exhibition Stage could be heard over those on Wonders of the Age and Lady Garden stages. 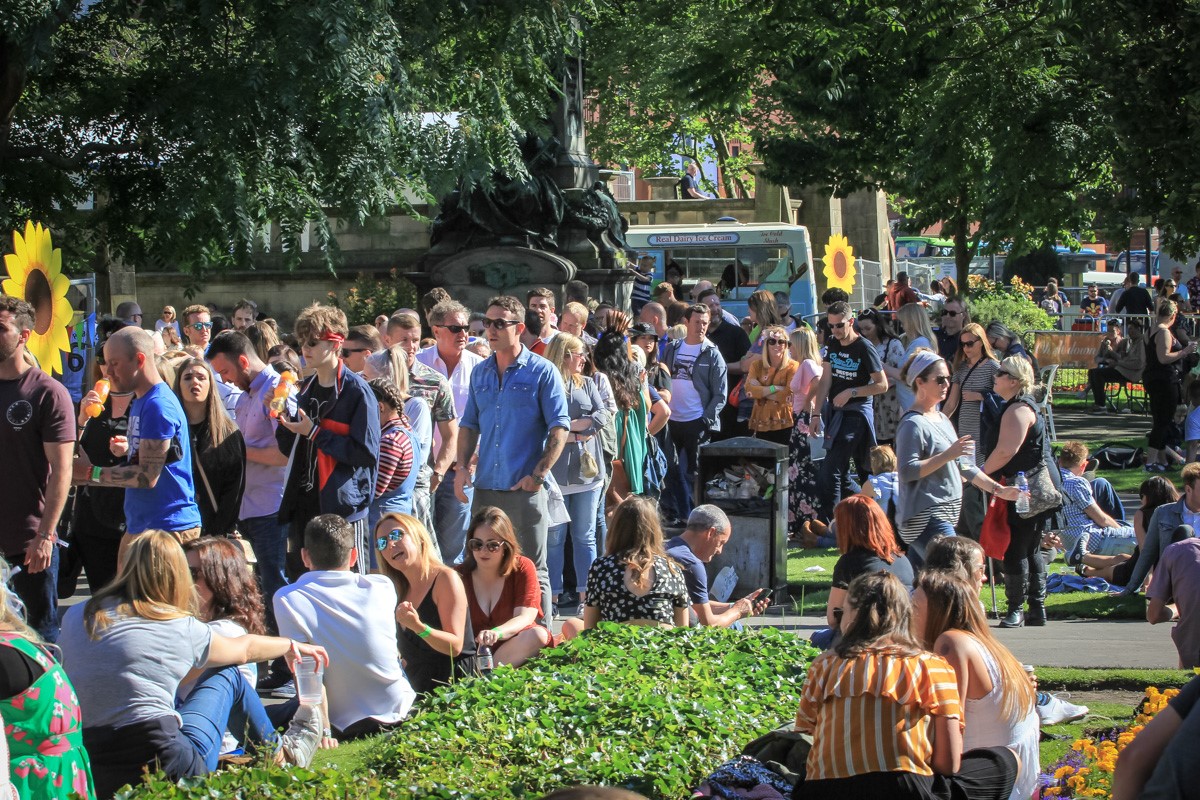 Charlotte Church told the Liverpool ECHO: “We’ve come all the way up from Cardiff this morning and we were supposed to be going on at 4.45pm.

“Then obviously something had gone wrong with the organisation now the festival is running two hours behind so they’ve pulled our set which we’re gutted about.

“We’ve come all of the way up here and we really wanted to perform and I haven’t performed in Liverpool in a long long time.

“We still want to play for the people of Liverpool we’ll wait here for an hour to see if anyone wants us!”

There wasn’t just confusion with the artists, with staff and visitors left at odds with what was unfolding, Getintothis’ photographer, Lucy McLachlan said: “There was also absolute mayhem when the main stage act finished and the crowd tried to leave the area to go to the bars and bathrooms while people from the rest of the festival area were trying to get into the main stage area. Security put barriers in for a one way system but this lead to absolute stand still.”

“For me, coming out of the main stage photo pit and going into the crowd for some crowd shots then having to go through this one way system of nonsense where people were being herded to get back to the backstage entrance was a huge nightmare. At times i wondered if I’d get backstage in time before the band went on.” 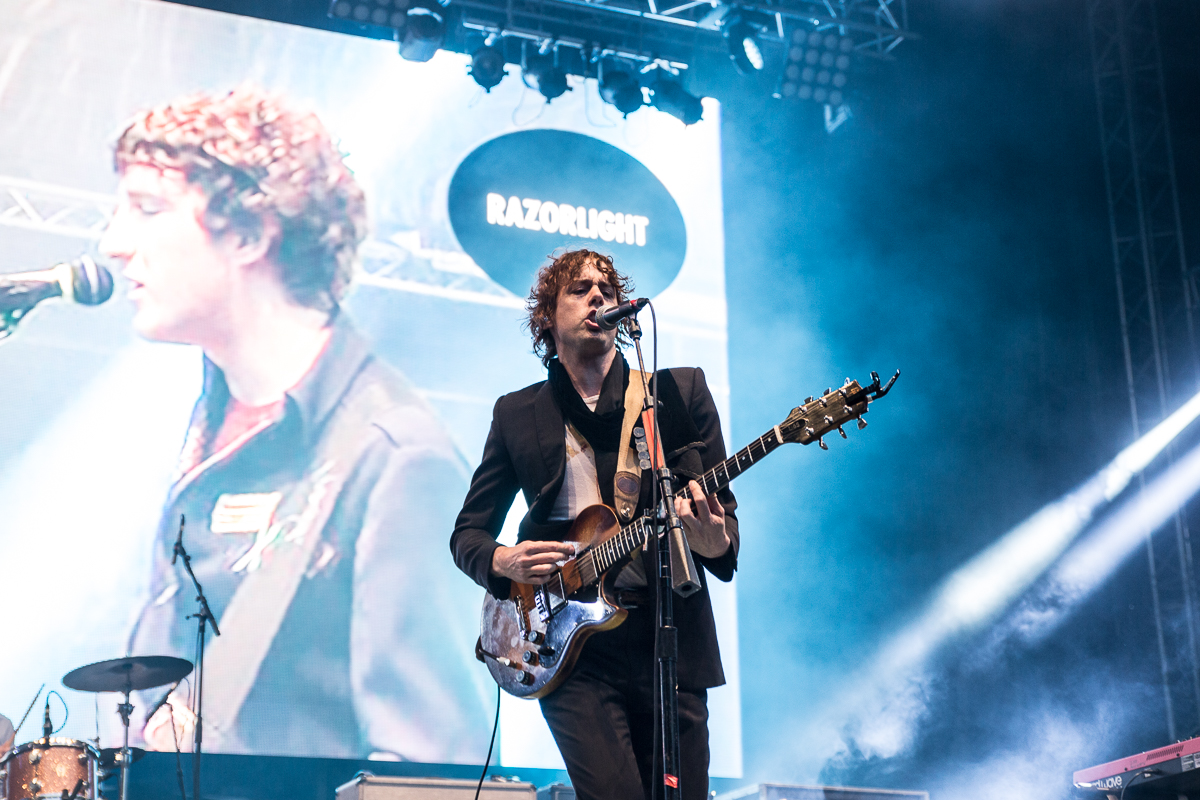 There was however, a flipside with Charlotte Church reaching out to Liverpool venues to play her pop dungeon and the folks at EBGBS obliged offering her a spot.

"Welcome to Hope and Glory, where nobody owns a f***ing watch." Best intro ever from @pigeonsofficial after being ushered on almost 2hr late

It was an absolute shambles mate. Even the artists were slagging them off when on stage.

So while #HopeAndGlory was badly organised I've still a bloody time! Fingers crossed they sorted out for tomorrow.

So much negativity surrounding hope and glory fest, sounds like they've fucked it. Many people saying it's so unorganised, heavy that!

It was an absolute shambles mate. Even the artists were slagging them off when on stage.