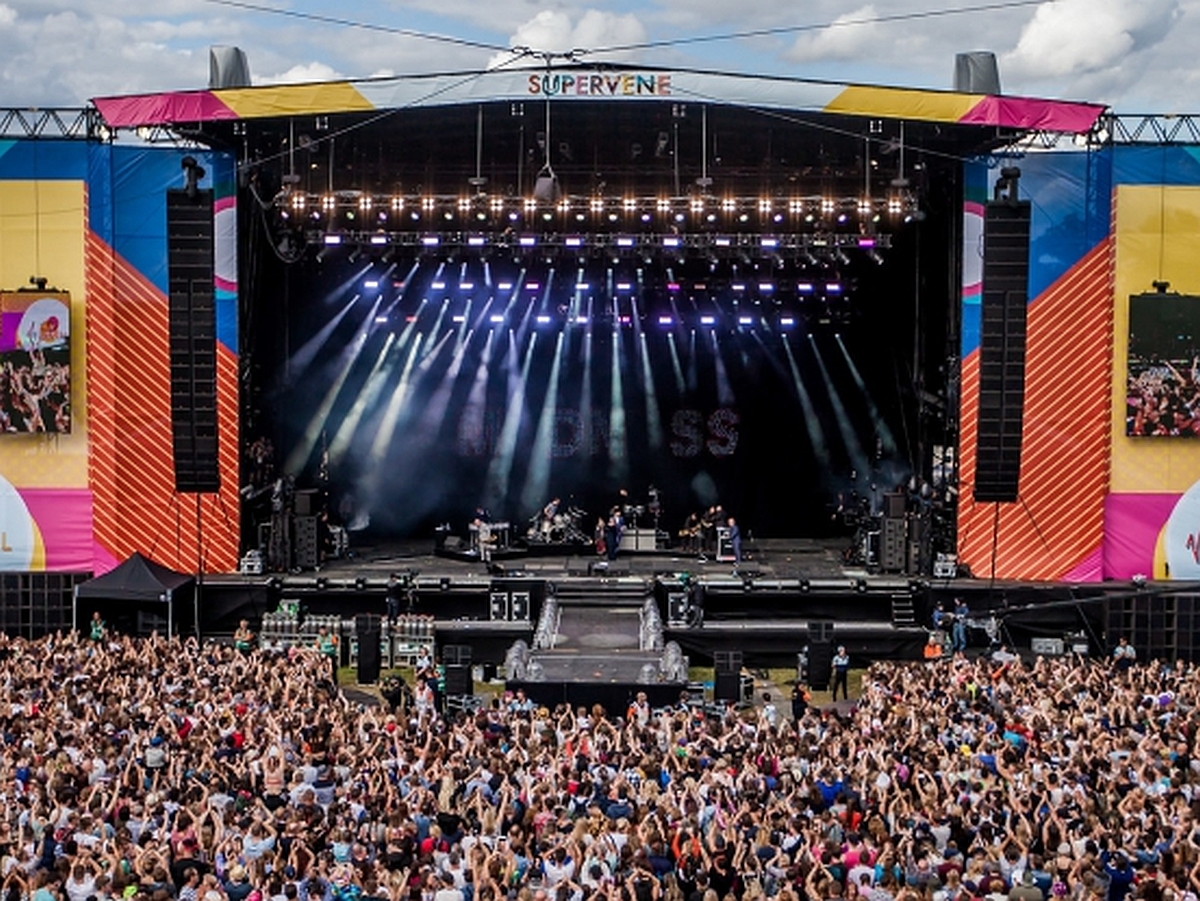 Just under 4 weeks ago campers and day ticket holders arrived en masse to V Festival to experience headliners Jay Z and P!nk and Getintothis’  Sarah Pitman was there to experience the mud and the music.

V Festival is in its 21st year and judging by the crowds it will be going strong for a long time coming.

This year an app was available to download to your phone allowing you access to stage times and exclusive news about acts without having to pay £10 for a lanyard containing the set times. The app was a welcome feature as it allowed festival goers to plan their days and it also sent you reminders 15 minutes before any acts you wanted to see were about to perform.

The Festival kicked off on Friday for weekend campers, a day full of setting up tents, drinking and dance music. With DJ sets from Disciples, Duke Dumont, Annie Mac and Chase & Status closing Friday’s show with a huge firework display.

Annie Mac played both festival sites in one day travelling between the two via chopper.

Saturday at Weston Park saw headliner Jay Z in his only European show after the release of his new album 4:44. Jay Z came to the stage armed with set full of new songs and some classics alongside a giant inflatable balloon dog. Jay Z ended his Weston Park set by performing Numb by Linkin Park as a tribute to Chester Bennington who took his own life a month beforehand after a battle with depression (Suicide Hotline 116 123).

Saturdays stand out sets came from;

P!nk closed the festival on Sunday at Weston Park. She returned to the festival having not played it for 10 years.

The rain prevented her from starting the show on a ring suspended from a crane as she had done at Hylands Park, but the rain did not dampen the rest of her show. P!nk put on a phenomenal performance delving into her impressive back catalogue of hits and performing her new single ‘What about us?’.

She joked around with the crowd asking if anyone had their boobs glittered as she was thinking of getting it done after the performance. She finished her set with a bang as she got connected to some zip wires and performed aerial acrobatics over the crowd while singing So What, which really went down a storm.

Sundays stand out sets came from;

If you are considering going to V Festival next year Getintothis has some top tips for you: