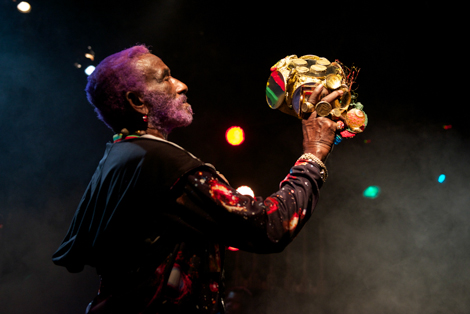 The legendary Lee “Scratch” Perry has announced a date at Liverpool’s Arts Club, Getinthothis’ Lewis Ridley on a date for the diary next year.

One of the biggest names in reggae music, Lee “Scratch” Perry has announced a date at Arts Club in Liverpool on Wednesday March 13.

Perry has firm legendary status in reggae as an artist and a producer and over his career with the likes of Bob Marley and The Wailers.

Now at the age of 81, Perry is back performing live since coming out of the studio as a producer and his Liverpool date will form part of a UK and Ireland tour.

It will be the first time he has performed on Merseyside since his 2014 date at The Kazimier.

Tickets are on sale on Friday, November 24 at 9am from Ticketmaster.

*** NEW SHOW ***
One of the most enduring and original reggae artists and producers of all time, the legendary Lee “Scratch” Perry plays our Theatre on Tuesday 13th March 2018. Tickets available 9am this Friday via https://t.co/EDPH6pafet pic.twitter.com/nrnL13deuF