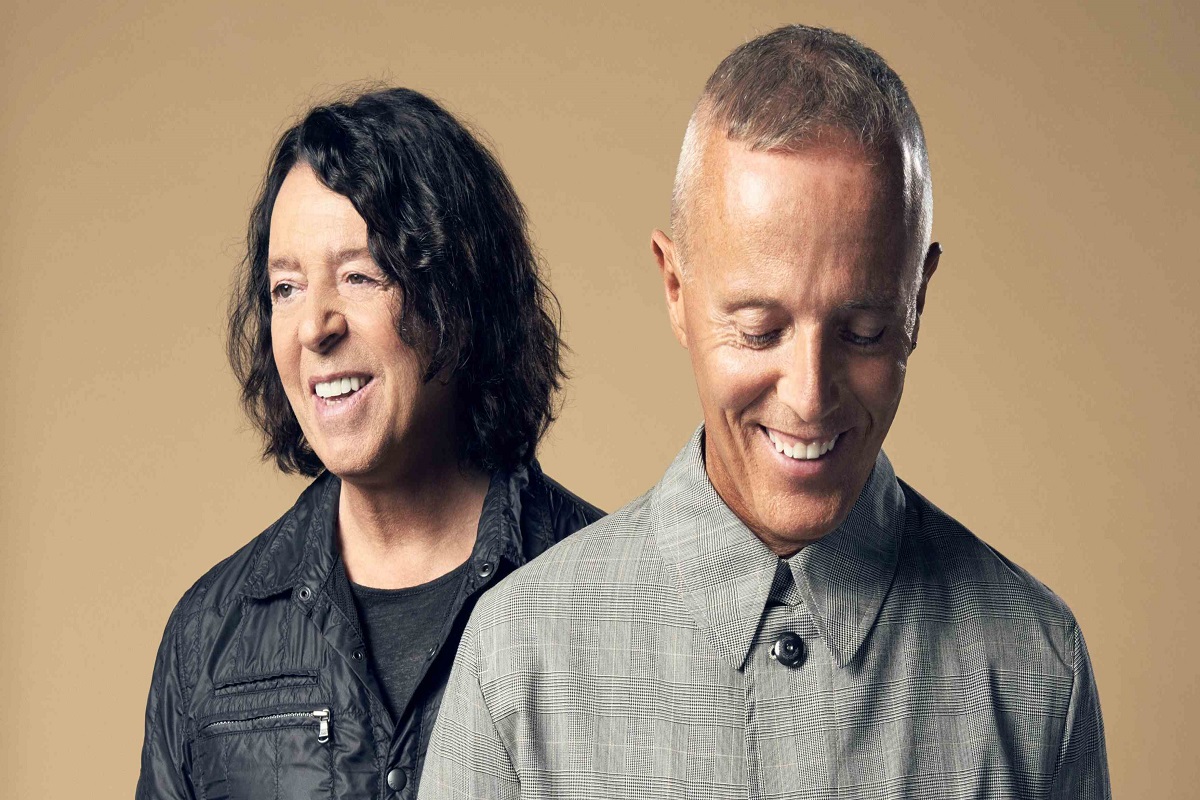 As Tears for Fears release a career-spanning Greatest Hits album and bring their Run the World tour to the M&S Bank Arena, Getintothis’ Paul Clark picks their Top 10 tracks.

British fans of Tears for Fears have had a right to feel neglected in recent years. They have cast an envious eye at the numerous dates in the Americas for the band, with little or nothing this side of the Atlantic to satisfy their demands.

Thankfully there has been a flurry of activity of late to keep them happy. This has included a summer gig at Hyde Park, followed by an autumn date at the Royal Albert Hall. These dates have been followed by the announcement of the British leg of the Rule the World Tour, which includes a visit to the Liverpool M&S Bank Arena, in February 2019.

There’s a new single I Love You But I’m Lost and a Greatest Hits collection Rule The World to savour before they play live again. With the promise of an album of new material ready for release, those complaints from fans have been put aside for the time being.

Before we get to all that, it is worth taking time out to remind ourselves of the back catalogue.

Like any band and similar top tens there are a number of songs that should be included, but have been omitted due to space. Yes, songs like Pale Shelter, Advice for the Young at Heart, Raoul and the Kings of Spain, Everybody Loves a Happy Ending, and Shout, could/should have made this list.

But here’s our top ten….

This is seemingly the go-to song when filmmakers want to include a segment that’s typically 80s.

It’s a song that doesn’t deserve to be pigeonholed by that movie cliché, as it’s a something that typifies a band at the height of its powers. Head over Heals is taken from Songs from the Big Chair, an album that contained a raft of hits, this being one of them. The video points to an age when record company largesse funded cinematic MTV-friendly videos – how times have changed.

That opening piano motif takes you back to summers past and hearing the first piano notes can’t help but make you feel nostalgic. The album version is bookended by two takes of Broken that almost makes it feel like that is the complete song.

The band isn’t noted for their cover versions, but there are a few that are worth checking out.

Creep is a perennial live favourite of the band. Tears for Fears added it to the set when Radiohead abandoned playing the song live. There’s also a note perfect version of Bowie’s Ashes to Ashes worth checking out too.

It appears on the aforementioned B-sides album, having been originally commissioned by the NME for their Ruby Trax 40th Anniversary collection.

There’s one cover that stands out and it offers a glimpse of the direction the band may take in the next few years, a cover of Animal Collective’s My Girls.

It was a Record Store Day Limited Edition release in 2014 and while it’s no great departure from the original it can be seen as a nod to the younger generation of bands who are no doubt influenced by Tears for Fears.

8. Sowing the Seeds of Love

The epic Beatles/Summer of Love inspired comeback single of 1989 marked a change in sound for the band. Out went the electronic edge present on the first two albums, in its place came a fascination with 60’s- inspired sounds. Ironically though the production of the song was reliant on the Fairlight CMI the kit of choice for producers in the 80s.

Lyrical inspirations for the song came from the ‘I love a sunflower’ graffiti daubed on the wall of Roland Orzabal’s London home. A chance listen by the songwriter to a discussion about a historian on Radio 4 talking about old gardening books led to the ‘Mr England, sowing the seeds of love’ line. ‘Politician granny’ is a clear nod to the era and the late and unlamented Margaret Thatcher.

You wonder whether the lawyers of Lennon and McCartney have been in touch after Orzabal’s confession on the recent Spotify session alluding to I am the Walrus being a big influence on the song. Well, It’s no worse than what Oasis did in their prime when they plundered The Beatles Complete Chord Book.

7. Everybody Wants to Rule the World

It’s another song that screams 80s and is seemingly a mainstay of compilations that define the era. Repeated plays of Everybody Wants to Rule the World over the years has not diminished its charm. The versatility of the song can be heard on Lorde’s excellent version that the band now use as their walk-on track for live gigs.

The light and breezy arrangement of the song disguises the fact that the lyrics have a darker edge. The early demo of this song was titled Everybody Wants to Go to War, inspired by the political concerns of the time. This clunky title almost put paid to its release, before Orzabal and producer Chris Hughes moulded it in to the song we are all familiar with today.

If the choices so far seem so obvious, fear not, if you delve a little deeper there are a number of interesting curios to be found from the band. Back in the days of multiple singles formats, extra tracks were produced in abundance; this is one of those numbers.

Bloodletting Go was an extra track on the Break it Down Again single and can be found on the Saturnine, Martial & Lunatic, a collection of B-sides and rare tracks. Incidentally, that’s a collection that’s worth picking up for the various covers and reinterpretations of their own songs that have made it on to B-sides

For Bloodletting Go, it was almost retro sounding at the time of its release. Something that could have been released between The Hurting and Songs from the Big Chair albums.

Having plundered I am the Walrus for Sowing the Seeds of Love, Sgt Pepper with a side order of Thunderclap Newman’s Something in the Air is thrown into the mix for this science-inspired B-side. Is the cat dead or alive? Who cares? This is a great song that typifies the sound of the band in the post-Curt era.

From their debut album The Hurting, this sparsely arranged song takes on extra muscle live. The NME once dismissed the band as ‘Joy Division for kids’ and this breezy tune certainly sticks two fingers up to that dig. Change has one those infectious hooks that most bands would kill for. Tears for Fears and in particular the album The Hurting seemingly have them to burn.

Gary Jules managed to take a version of Mad World to number one in the UK at no lesser time than Christmas with an enigmatic stripped-back reimagining of the song. It’s an arrangement that the band has taken to performing (occasionally with Jules) and that can be seen as something of an endorsement.

They are back performing it in the original way. Again, it’s another one of those melodic upbeat songs, which belies its darker lyrical edge. ‘The dreams in which I’m dying, are the best I’ve ever had’ are certainly not in keeping with what you would expect to hear on a Christmas Day Top of the Pops.

Taken from the album, Everybody Loves A Happy Ending. It’s the one that saw the reunited Curt and Roland put aside their differences and record together for the first time since The Seeds of Love album. It’s also their most recent collection of new material and was released almost 13 years ago. This has classic Tears for Fears feel to it. It’s an epic anthemic song that’s written to sing along with. Live versions of the song evidence this, especially the Secret World live album.

1. Break it Down Again

One of the first singles in the post-Curt era and taken from the fourth album Elemental. There is also a great acoustic version that was released as a B-side on the God’s Mistake single that’s worth hunting down. In what was ostensibly a solo venture, the song managed captured the Tears for Fears sound perfectly. With Curt back in the band, it is a song that still remains on the set list.