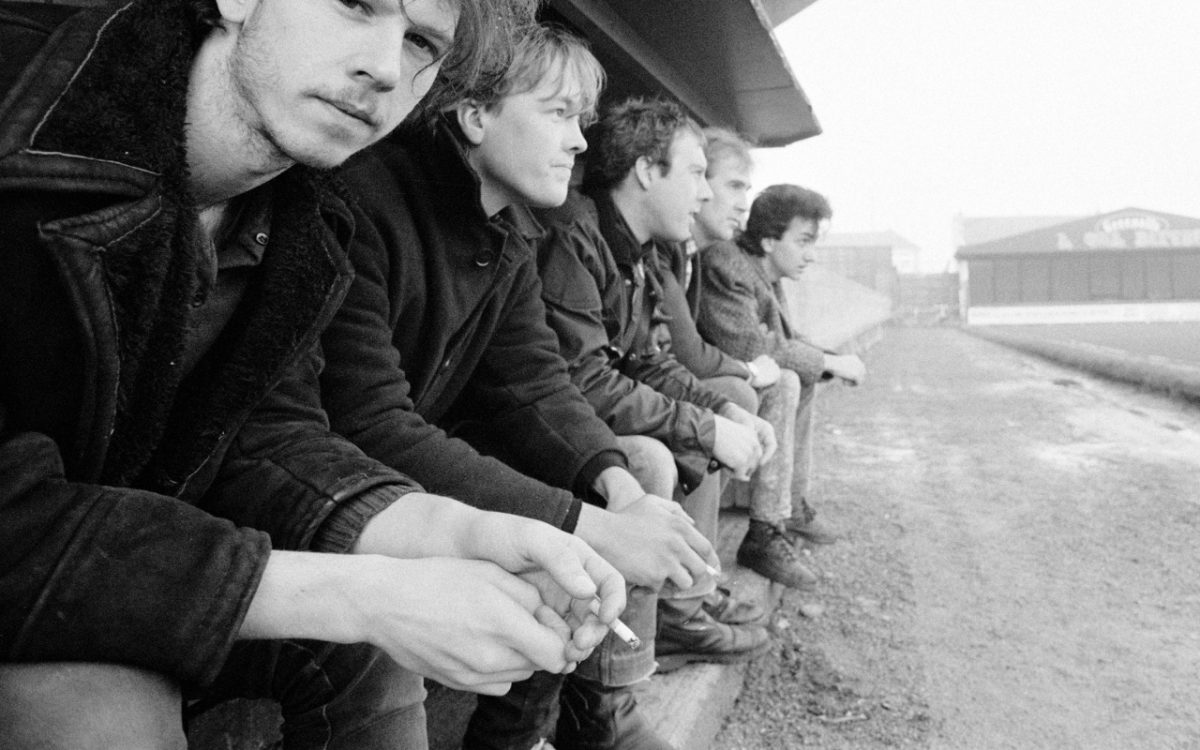 As Birkenhead faves Half Man Half Biscuit prepare to play Liverpool in September, Getintothis’ Cath Bore enjoys some of the band’s quirkier moments.

The notorious Half Man Half Biscuit are from Birkenhead, Wirral, and proud of it.

Formed in the early 1980s, they quickly became popular, legendary Auntie Beeb gatekeeper John Peel giving them the enthusiastic nod, enchanted and charmed as he was by their satirical, sardonic and often surreal songs.

They have released thirteen studio albums in all via Liverpool label Probe Plus; in addition there’s compilations ACD and And Some Fell On Stony Ground to enjoy, plus an array of and EPs and singles.

The four lads who shook the Wirral recorded twelve sessions for John Peel’s radio programme in all, and when they got back together in 1990 after taking a four year long sabbatical, it was on Peel’s show that they made the grand announcement.

Last week came the glorious news that this coming autumn, Half Man Half Biscuit are to play their first Liverpool gig in thirteen years.

It seems fitting to us at Getintothis to look back at some of the band’s fun moments to keep us out of trouble until the great event.

1. Knocking back an appearance on The Tube TV show to go and watch Tranmere Rovers

In 1986, Nigel Blackwell and the rest of Half Man Half Biscuit saw no conflict nor debate when they discovered an offer of an appearance on popular Friday night Channel 4 live music telly show coincided with their beloved Tranmere Rovers playing a football match. So of course they ditched the opportunity which would’ve given the band exposure to millions, and supported their fave team instead.

Or it could be that the band didn’t want to play The Tube in the first place, and used the beautiful game as an excuse. Either way, we must remember, although the programme’s co-presenter Jools Holland wasn’t yet threatening bands with boogie woogie piano in the 1980s the signs, we suspect, were always there.

The boys have appeared on other telly shows, including The Old Grey Whistle Test.

Half Man Half Biscuit aren’t on the album themselves. Controversial stuff.

3. The great Christianity controversy of 1995

The band ran into trouble when their fifth album Some Call It Godcore hit the shops. Christian Evangelists became distressed because the album art incorporated the fish symbol.

Faithlift from Some Call It Godcore can’t have helped matters, not with the lines  ‘I got me a faithlift, and now I’m bubbling within‘.

Things calmed down after a bit – thank God!

Needless to say, none of the band were ‘born again’ or have been since. To our knowledge.

By the time Voyage To The Bottom of the Road album came out two years later, many of the original Half Man Half Biscuit fans had grown up, got proper jobs, maybe married or had kids. These events carry habits and lifestyles along with them, and we’re not being controversial here by saying the boys have a predominantly male following, many of whom by this point had also got into real ale in a big way.

Therefore, the song CAMRA Man, a pun-filled ode to the Campaign for Real Ale, wasn’t always taken entirely in the light hearted spirit it was presumably meant; some fans took CAMRA very seriously and were a trifle upset by the subject matter.

But by now they are, presumably, over it.

First Secretary of State Damian Green is looking fresh in his festival leisurewear ahead of his interview today on @jponpolitics #latitude pic.twitter.com/kqtbOceo5q

As if pissing off Norman Cook by using his Pizzaman song Happiness at conference in 2006 was bad enough, it seems the Conservative Party still continues to have no shame as regards linking with popular music of the day. Senior Tory as was Damian Green rocked up for a BBC Radio 5 interview at the Latitude festival in summer 2017 wearing a vintage 1960s Dukla Prague away kit football shirt.

All because, it transpires, he’s a massive HMHB fan. The shirt is reference of course to the b side of the band’s 1986 debut single, The Trumpton Riots, the infamous All I Want For Christmas is a Dukla Prague Away Kit.

A loop hole in the law says Cook can do sod all about the Tories using his song, Johnny Marr can’t prevent David Cameron from liking The Smiths despite asking nicely in the 2010 General Election campaign, and HMHB can’t stop Tory ministers wearing footy shirts alluding to them either.