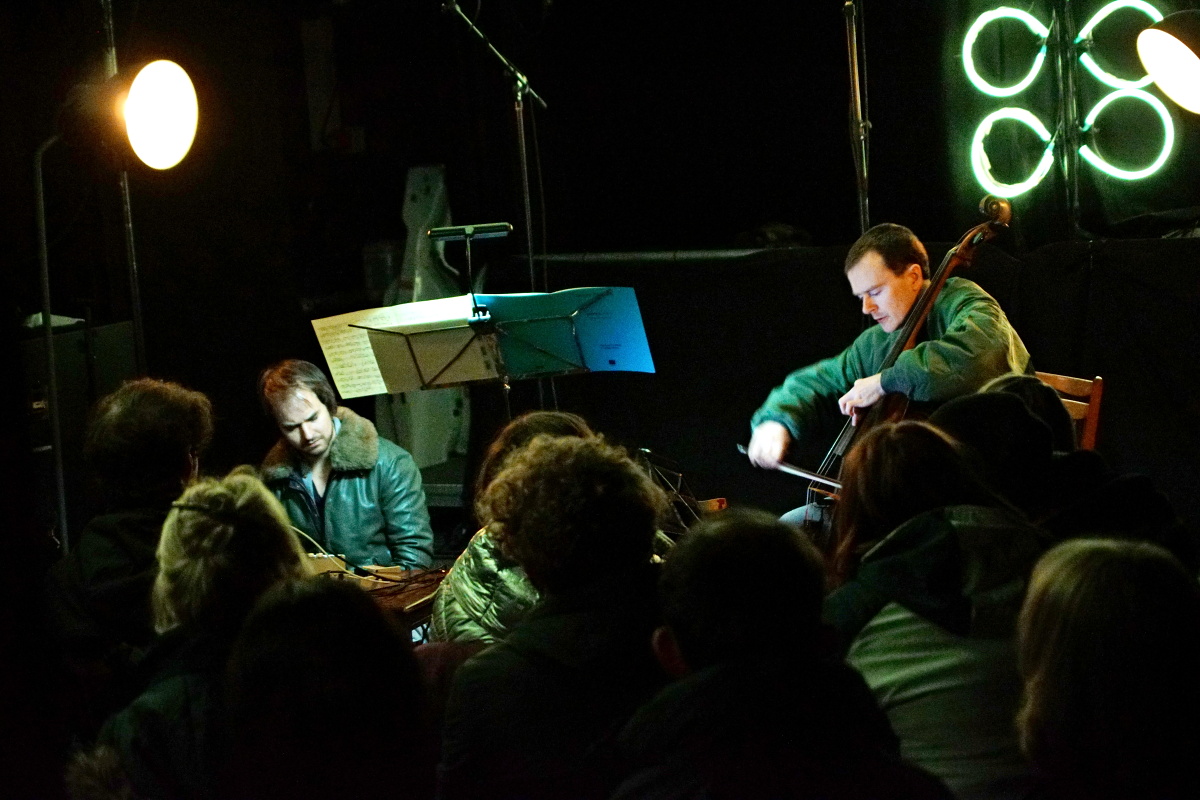 The Manchester Collective present 100 Demons at the Invisible Wind Factory

Braving the icy conditions on the North Docks Getintothis’ Chris Flack took in a night of impassioned and exhilarating compositions from the breathtaking Manchester Collective.

Johnny Denvir, my Grandad, was a boxer, a sports masseuse, trainer to the stars of his day and a shipyard worker in Belfast.

He helped train Rinty Monaghan, a world champion, such was his calibre. He was a hard man, he used to laugh at the “boys with their Tommy guns” in the midst of the troubles.

He used to say dock men were made of steel when ships were made of wood. He’d warn us off dock work, we weren’t made for that. Not by half. These stories came to mind as we find ourselves disembarking a cab on the Regent Road while The Beast from the East and Storm Emma are giving the Mersey a good thrashing.

Its cold. Really cold, cold enough to freeze our boiler and a bucket of water sitting in the yard. They say the North Docks is an extension of the Baltic Triangle without the PR gurus, coders or graphic designers. Tonight they’re right, it’s definitely Baltic.

This is not the weather for an experimental musical event in a space as cavernous and hard to heat as the Invisible Wind Factory. But here we found ourselves regardless, ensconced in the basement, huddling around a peculiar collection of musicians from Manchester. And what a collective they are.

At the allotted time of 7.30pm, the room descends into near darkness, the first piece, The Birth of the Queen begins with a violin, straddling an energetic line between an air raid siren and a swarm of angry bees, it’s jarring and a little unsettling.

It is followed by a piece on the cello that carries the same urgency, its here where the bass and the electronics start to hover, thundering over the cello, with something of a threatening demeanour. Towards the end of the piece a choir appears through the speakers, adding to the building terror, in a pitch black basement, it draws forth images of 80’s horror movies and hungover mornings in church, bathed in Catholic guilt and incense.

The chanting in the background is near demonic, terrifying. Scratching noises, banging, the sound of things being thrown around, smashed and broken, even when it lasts barely a minute it has the desired effect. One piece in and we’re left wondering if there is still a cab outside.

The violin piece that follows is equally as disturbing, undulating, looped strings, drama and the kind of changes in speed that mess with your internal rhythms, it’s hard to breathe, harder still to control the heart rate and response. It seems almost impossible to play, throwing the artist into as much of a convulsion as the audience.

This is followed by a piece that harks back to dark German films, tales that are designed to keep you awake at night. I watched one once, a car ran off the road and crashes into a tree, the screen goes black. The passenger comes to holding hands, locked, handcuffed, literally, to the now dead driver, hearing this stuff, I can’t get the horror out of my mind.

It sucks you into its dread, you’re left clawing at the Rigor Mortis in the hand to free yourself. This is forced through a distortion pedal that sounds like it’s been handed down from the bass player of Sepultura, it’s menacing and dark. By this stage, we’re convinced our night will be restless and filled with haunted dreams. We’re not even halfway through.

When the string quartet appears after a short intermission we’re reminded that we expect string quartets at weddings, dressed in their finery, all ballgowns and twee accents. These four couldn’t be any further from that, it’s all Doc Martens, beanie hats and bomber jackets.

Their sound is lighter, reminiscent of the kind of sounds you might expect upstairs later, electronic sounding, buzzy, there’s a definite beat. There are layers under layers, another quartet joins them from the ether, the surround sound adding confusion to the urgency. The violins dance while the bass thunders through the floor of the room and onto the dock beyond.

There is no room for error, the tape won’t stop, the voices from other places, making quasi-political statements and screaming incoherently, won’t wait.

The changes in tempo remind us of the shower scene in Psycho, we were waiting for someone to come screaming through the curtain at the back. Its unsettling and its supposed to be, it works like magic.

If your magic comes with a horses head and a bloody cleaver.

The piece ends on a high, a slightly lighter note, at any rate, a gentler composition if that’s what you could call it, it draws us back from the brink. To say it was required was an understatement. It’s not to say this wasn’t interesting, or engaging, it was, it was spectacular, but God it shook us.

This wasn’t your average Friday evening by any stretch, everything about it is designed to throw you off course, knock you around and make you take this music on your journey home.  We leave battered and bruised, hoping the path back to our frozen home is much less dramatic than the last two hours.  We couldn’t handle much more drama. 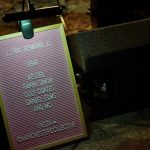 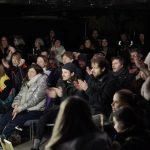 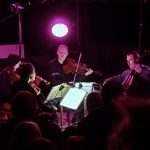 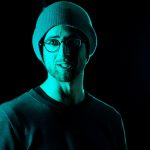 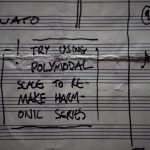 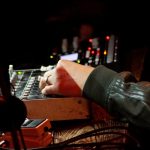 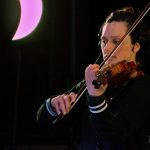 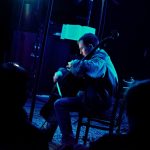 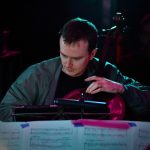 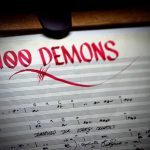 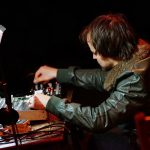 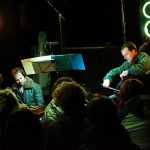