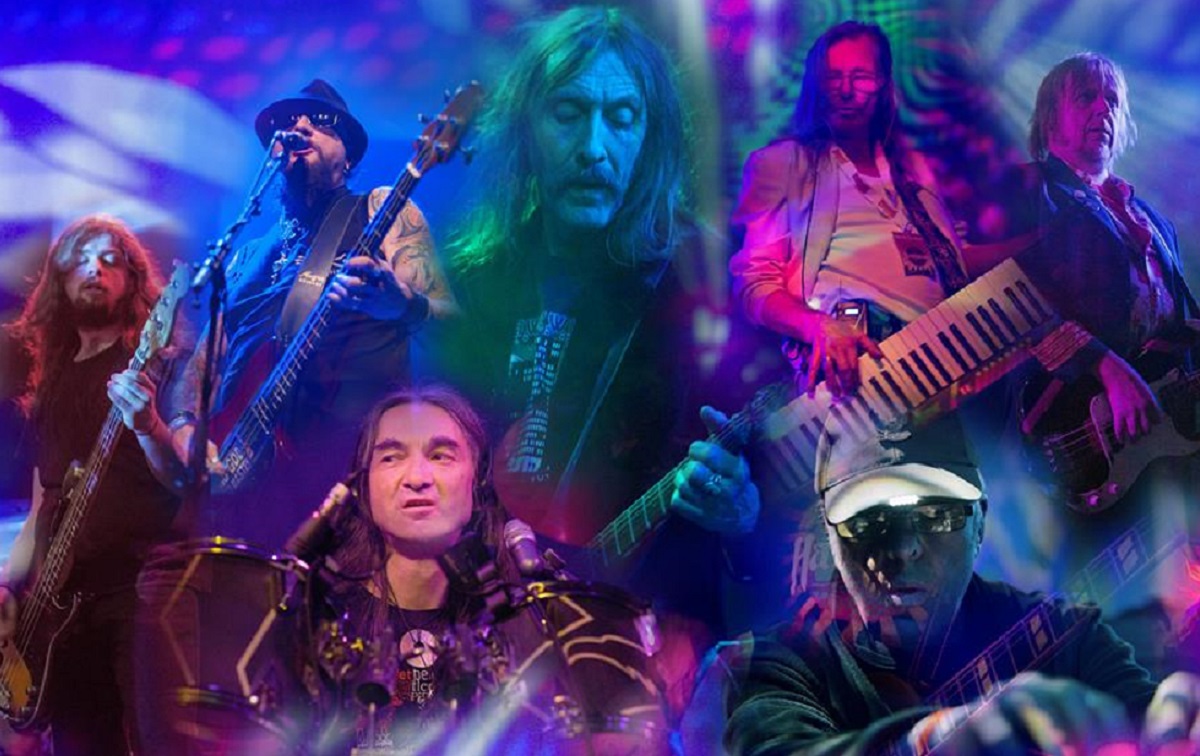 As Hawkwind tour their orchestral visions, Getintothis’ Banjo wonders what it’s all about

Some things go together just perfectly.

Strawberries and cream, a cold beer on a sunny day or Chic at Glastonbury, some things are just meant to be.

Others, however, seem so different, so aligned to opposite ends of the spectrum that it is difficult to imagine anything good ever coming of such an unholy union.

But occasionally, just occasionally, some of these strange bedfellows create something surprisingly good. Lovers of chilli and chocolate stand testament to this fact, despite the horrified looks on the faces of friends and lovers as they indulge.

Such an intriguing pairing can be seen on the current Hawkwind tour, where the 1960s acid rockers will be playing with an orchestra for their autumn tour of concept shows, Search of Utopia – Infinity and Beyond.

Yes, indeed, the mighty Hawklords, perpetual noiseniks and the last of the 60s bands to conform, playing with an orchestra? Surely not?

And yet, when you consider the expansiveness and depth of their material, we can’t help but wonder if this is perhaps one of those rarer than rocking horse droppings times where opposites can do more than merely attract, but produce something greater than the sum of its parts.

The idea of orchestral rock is, of course, far from being something new. Deep Purple released an orchestral collaboration way back in 1969, with the prosaically titled Concerto for Band and Orchestra. If we look a little further, strings, brass and percussion have all regularly appeared with rock bands, both on record and on stage.

There are some bands where it is hard to imagine this working. Motorhead for example do not conjure up images of cellos, batons and delicately pinged triangles. Slayer are not generally known for their taste in lush, orchestral instrumentation. Until recently, it would also be tempting to put Hawkwind into this category.

But now the cross fertilization has started, it would be wrong to dismiss it out of hand.

So for all die-hard fans, the curious gig goer and those who now fancy a more structured freak out, this coming together of unlike minds could well be an interesting and eventful night out.

Just another twist in Hawkwind’s evolution or a retreat from noise? Just like that first taste of chilli & chocolate, there’s only one way to find out.

Hawkwind bring In Search of Utopia – Infinity and Beyond to