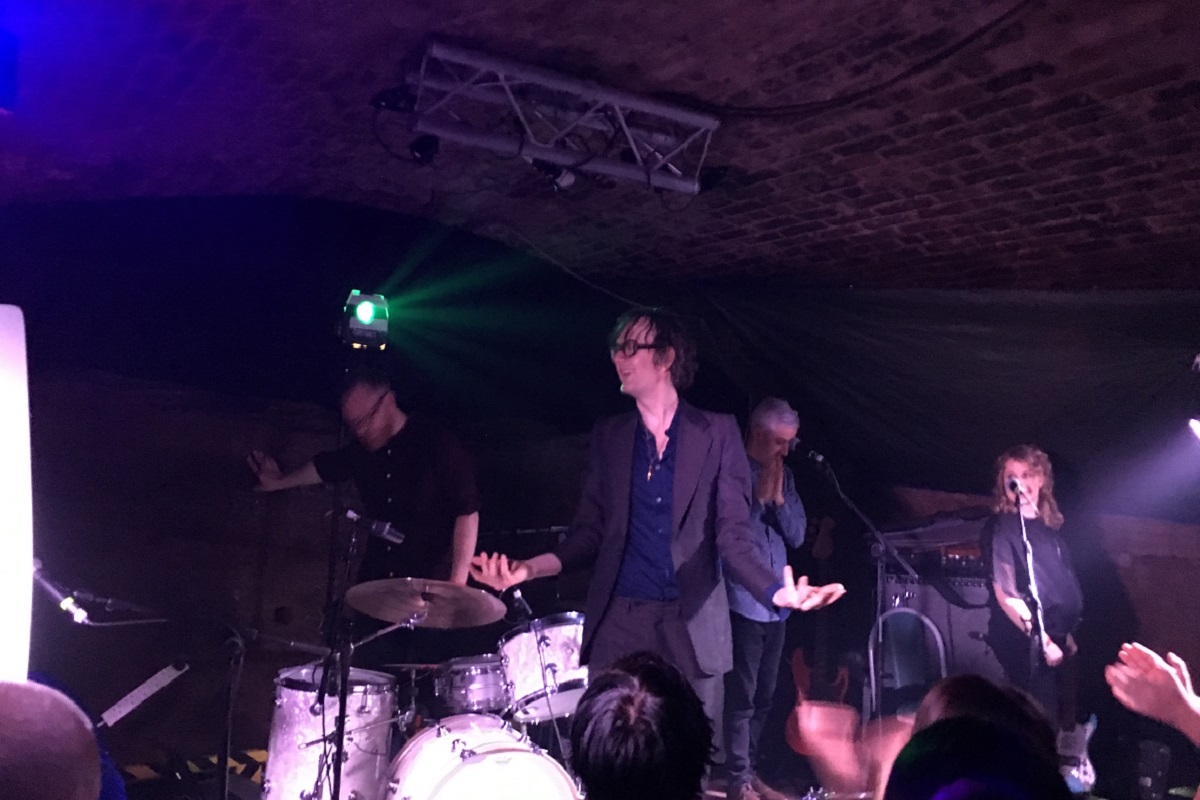 Jarvis Cocker unveiled his new project in a unique setting and Getintothis’ Lauren Jones was there.

An awkward lothario in the shadows, Jarvis Cocker stood tall beneath the curved cave ceiling of the Williamson Tunnels.

His set filled with new material, previous solo work and one Pulp classic lasted one hour 30 minutes – there was no support.

Never has an artist interacted with a crowd as well as Jarvis does:

“The reason we’re playing here is to see you and as you’ve probably noticed there are two songs that are kind of new. So it’s really nice of you to still be here. Usually that’s the cue to leave, we just wanted to come and lay these songs on you so thank you for your openness and for being here and your patience.”

Between each track there was a moment of madness, from on this day, quotes and barmy stories about Elvis and John Lennon.

Some discernible mumblings later and he began Elvis Has Left the Building with a morbid set of chords from the intro of Jailhouse Rock.

He handed out tangerines, Mars Bars and a leaf to the crowd at unprompted moments, pulling them out of his Mary Poppins pockets.

One lucky girl right at the front was given the last tangerine and asked to peel it very carefully before passing segments around the crowd.

Through karate chops, mic drops and kung-fu kicks, Jarvis worked the small stage, throwing his body around like a rag doll.

Tracks from his solo career such as You’re In My Eyes (Discosong) a seventies-inspired dream-like track – which he dedicated to the disco ball, the comedic Fat Children and punkish hit Further Complications really riled the crowd.

Sweat poured from the ceiling as die-hard fans sang back the crafty lyrics.

This was when began to cure people’s fears.

Dragging a lad on stage to face his fear of heights before speaking to a girl about her fear of waxworks.

He thanked everyone for coming, despite missing Liverpool’s Champions League clash against Manchester City and wished he could head the disco ball above our heads but it would be going a step too far.

He asked why the world wasn’t full of Williamson’s – Joseph Williamson, a Liverpool industrialist acquired the land in Edge Hill and built houses, as well as the Williamson Tunnels, which is believed to have been providing employment to the poor – before starting Running the World, emphasising that cunts are still running the world!

He joked about waiting with his band mates in a little hole backstage before the encore of Pulp classic His ‘n’ Hers.

The evening was all about ‘being in the moment’ so photography was limited as was video, but when Jarvis caught someone taking photographs, he mentioned it – in a completely Jarvis way, ‘Is that a phone? An actual camera – naughty!’

The new Jarv Is project is an exciting new era for the 54-year-old Sheffield musician.

JARV is a live experience with no barriers

JARV is…& always will be. 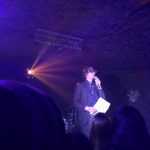 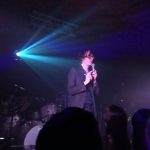 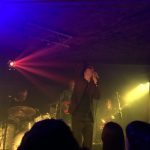 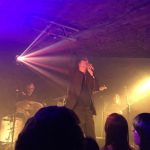