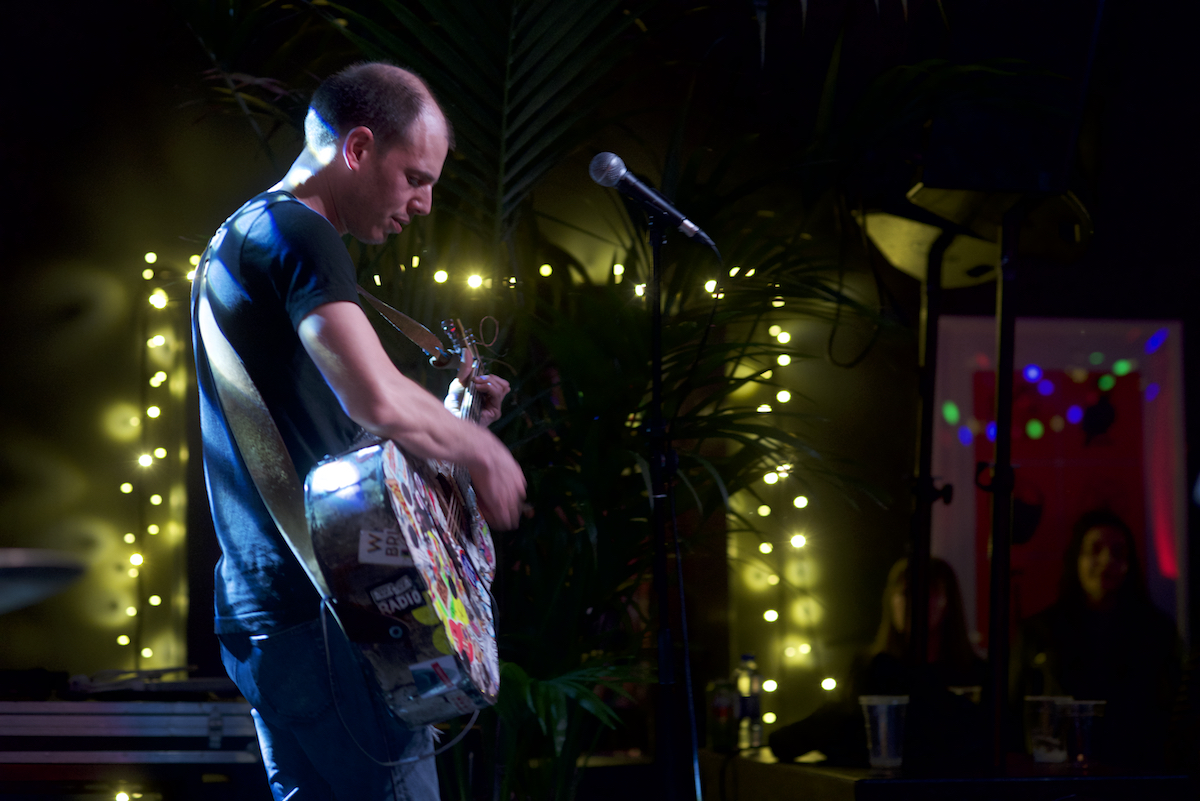 Jeffrey Lewis brings his brand of anti-folk to Liverpool’s Leaf and Getintothis’ Kieran Donnachie was on hand to try his folk dancing.

All the time wasted looking into music’s more ridiculous genres infrequently pays off and, filled with validation, we can casually say about Jeffrey Lewis and Los Bolts, “Them? Oh, they’re Anti Folk!”

Anti Folk is a punk ethos as applied to folk music; rejecting the traditions and dogma set by those before. Well most of their records fit the style and, yes, a few tracks tonight aren’t strictly Anti Folk. How else can one project the illusion of knowledge though?

It’s JD Meatyard who ease us into our night of tearing up the hallowed Folk Bible. There’s a lack of the lyricism and dulcet tones you’d find at any other Harvest Sun gig, but the words land home. They’re earnest, emotive and strikingly personal. 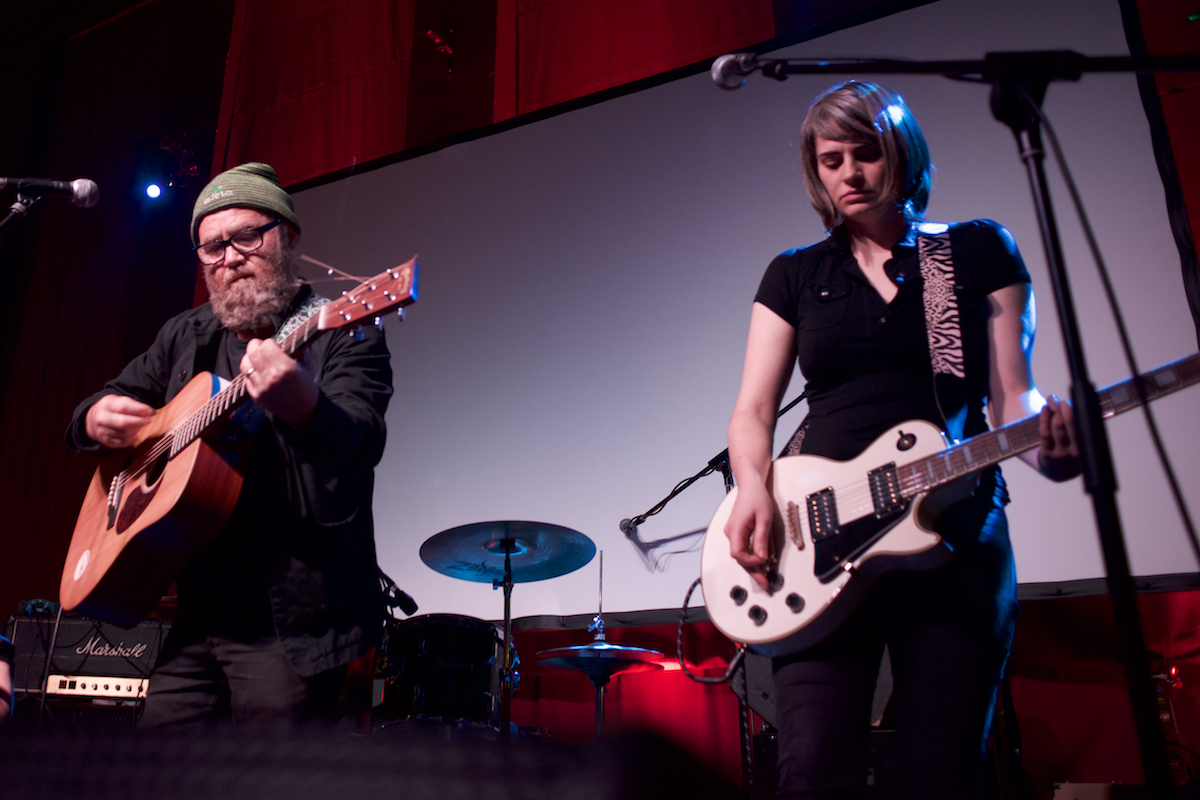 They blend the modern folk of America with the more traditional Irish and British forms, one moment is measured blues and suddenly becomes a kinetic Celtic number. Spicing things up are the lefty buzzwords peppered through the lyrics. He calls out the Tories and Murdoch, surely eliciting eye rolls in many places, but Liverpool is good people. JD Meatyard is met with the biggest cheers of the night. 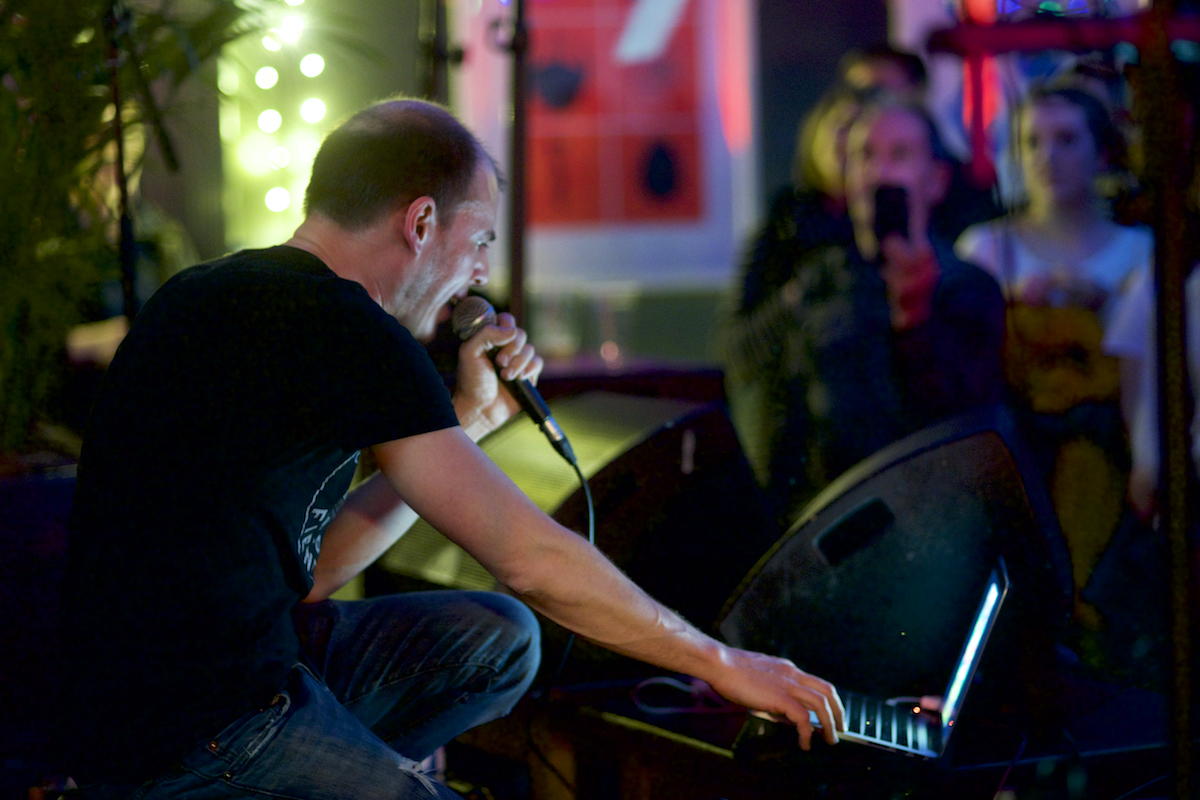 Clearly not a band to be shown up, Jeffrey Lewis and Lost Bolts open with a crowd favourite, The Fall’s Eat Y’Self Fitter. It’s not often you the crowd chimes in on the first track, thank you Mark E Smith.

As they start pulling from their own repertoire an upmarket Windows Media Player visualisation begins to play on the wall behind them. Entrancing as it is, the projector’s true purpose is for Jeffrey Lewis’ other artistic output, his comic books, and a few songs during the night are accompanied by his drawings. Each tell a story about topics such as cannibal monkeys, the fall of the soviet union and finally the B movie tale of The Creeping Brain.

The art itself is reflective of the music too being in the style of underground comix, very much the lo-fi indie of the comic world. This intersection of both medium is reminiscent of Daniel Johnston, leaning toward twee while still remaining intimate and certainly plays well with the audience here at Leaf.

Folk is not a music you would necessarily associate with getting you dancing, but an infusion of syrupy pop punk relieves the usual po-faced flavour. The nodding becomes bopping and blank faces become grins, right up to and through the encore.

A few voices shout out requests, but they get right into an Iron Maiden cover. The Trooper is a leftfield pick, but makes the night of the scattered dads in the crowd. As the other members step off stage, Jeffrey Lewis treats us to two final songs, unable to step away from a crowd so rapt. Each is successively introspective, covering his possibly fictitious life, and fittingly mellow to close the show.

Then he steps back from the mic and points to his final slide of art. 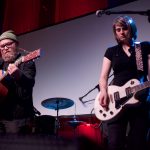 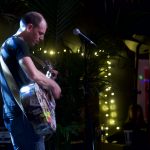 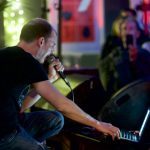 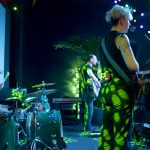 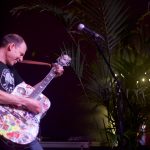 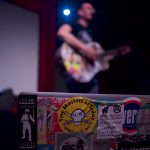 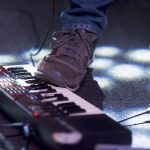 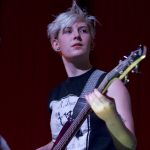 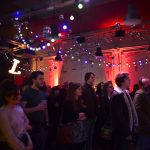 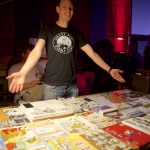 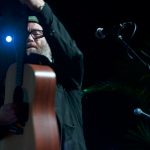 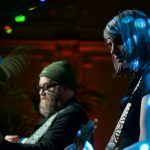 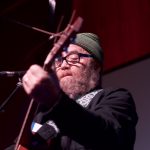