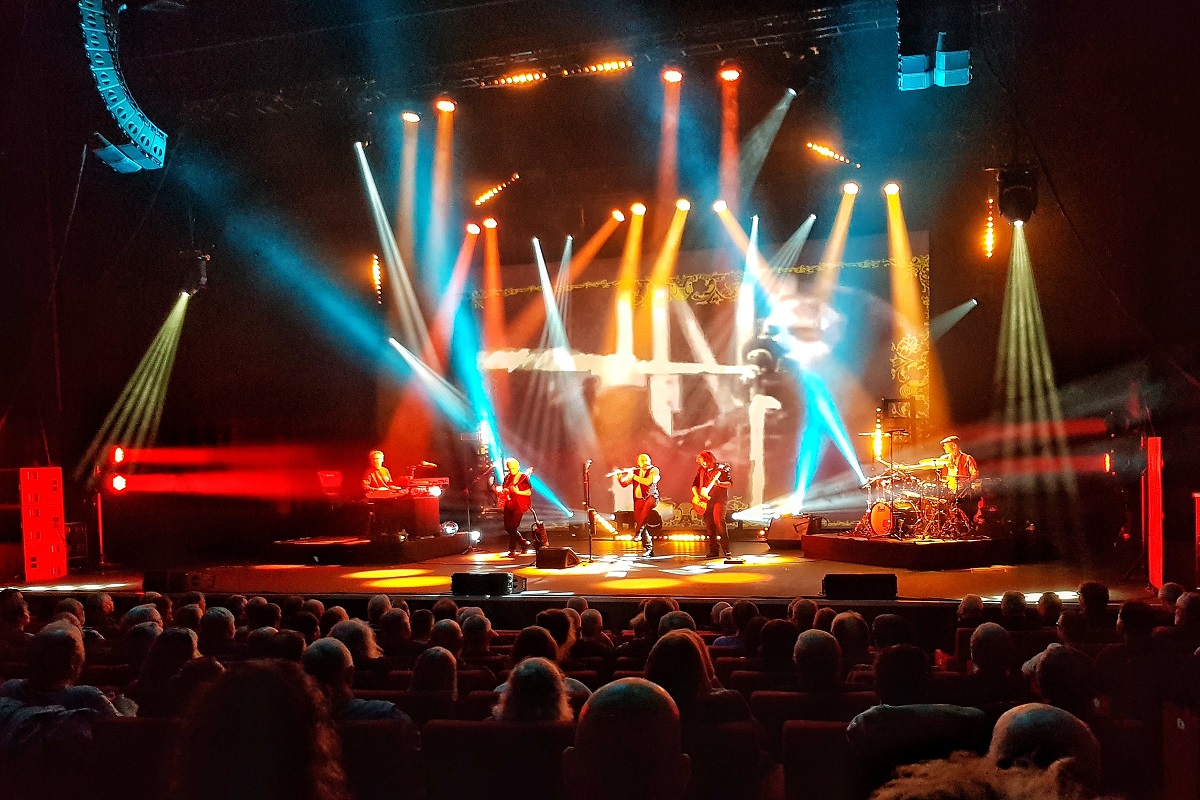 Jethro Tull played the Echo Arena for their 50th Anniversary Tour and Getintothis’ Roy Bayfield was there, ready to hop on one leg with air flute in hand.

The video screen that will be an essential part of the evening’s entertainment starts off featuring an image of a television set in a wooden cabinet, an image crafted to evoke the band’s 1960s origins, a time when the three-channel devices in the corners of cosy living rooms were everyone’s window onto the emerging world of pop and rock.

Grainy black and white footage from hit singles showcase Top of the Pops and album platform The Old Grey Whistle Test are a reminder that the band we are about to see have been hugely successful in twin worlds, enjoyed by millions in both 45 and 33.3 rpm.

Syd Barrett- Remember when you were young, you shone like the sun

The images accelerate through moon rockets and Vietnam, the living room disappears into a montage of posters from legendary music venue The Marquee, and band members unassumingly take to the stage: guitarist Florian Opahle, drummer Scott Hammond, keyboard player John O’Hara and bassist David Goodier; the post-2011 lineup, a subset of 30+ band members who have comprised Tull over the decades.

The set opens with a run of tracks comprising half of the band’s first album This Was, showcasing their origins as a blues-driven outfit, Anderson weaving around the stage and more stationery band members, his flute melodies driving the songs.

In what will be a pattern for the night, some tracks are introduced from the screen by former band members or fellow musicians. Between songs Anderson himself steps out of the performer role to act as affable introducer, an amiable curator to the band’s legacy of material. My Sunday Feeling, Love Story, A Song for Jeffrey and Some Day the Sun Won’t Shine for You lead up to a heavy-driving Dharma for One.

Anderson recounts an anecdote about rapidly writing a deliberately uncommercial song in 5/4 time which became a hit single, Living in the Past, which is indeed a righteous earworm.  A couple more 60s-era tracks take us into 1970s and The Witch’s Promise, bringing in a folk-tinged sound that is a foretaste of the band’s major work; Anderson critiques religion with My God and the first half finishes in chunky hard-rock mode with Cross Eyed Mary.

Back from the break and cuts from their 1970s concept albums Thick as a Brick, A Passion Play, Too Old to Rock and Roll, Too Young to Die and Songs from the Wood take us into proggier territory, charting an evolution from blues-rock origins to Tull’s unique form of heavy folk-rock minstrelsy.

Ring Out, Solstice Bells is an unseasonal show highlight, a slice of joyous festive paganism channelling the deep time of the weird old Albion. The rural vibe, somewhat incongruous in the Wicker-Man-free corporate space of the Arena, continues with Heavy Horses and Farm on the Freeway. A storming Aqualung and overwhelming Locomotive Breath encore close out the celebratory night.

Throughout, the video screen has been a vital part of the show, well-crafted visuals, messages from well-wishers and absent band members and footage of lusher-haired times complementing the live performance.

At times this gives the night a rather ‘historical document’ feel but the use of virtual guest performers Unnur Birna and Ryan O’Donnell is surprisingly effective. Ian Anderson’s own vocals didn’t always come through well in the mix, not ideal but clearly forgiven by the appreciative audience.

All in all, this was a lovingly-curated and solidly-performed retrospective from a well-loved and treasured group. 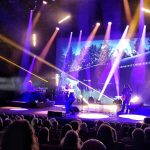 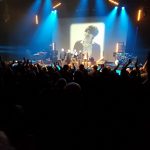