With Night Café about to release their debut album Getintothis’ Amos Wynn chats with them about   things ‘looking up’, performing at Sound City and more.

Along with Sean Martin, Josh Higgins and Arran O’Connell, Carl Dillon is one quarter of The Night Cafe  a band who have had a hectic start to 2018 with two tours already under their belt.

The first of those was their headline tour across England at the beginning of the year, which Dillon describes as ‘a dream come true.’

“It was a boss experience, we never expected to sell out the places that we did especially at that time of year and with other tours happening at the same time.”

Two of the sell out gigs was Liverpool Arts Club and Manchester Academy 3.

“The Arts Club gig was certainly one to remember, I went watching Peace there when I was 14 so to headline it myself was a shock as I don’t think we ever expected to be playing to that many people.”

There has been no rest for the four-piece as they were straight back into action, supporting fellow Liverpool band, The Wombats, on their tour.

For Dillon playing alongside his boyhood heroes was just ‘a game changer,’ with a gig at Alexandra Palace sticking in his mind.

“It doesn’t feel like a memory, more like a moment that I have imagined, it was just a weird and mad experience.”

Another memorable gig, was at Southampton Guild Hall; “it was a big arched roof, so the sound was absolutely amazing.”

The hope for the band is to play more venues like this. “We’ve got a few things pencilled in and as soon as its confirmed everyone will know about it.”

Being on tour along side The Wombats certainly lived up to the drummer’s expectations. “They are the soundest lads ever and just nice genuine fellas to have on tour, they just made us feel proper welcome and have had a few bevvies with us.”

“Growing up they were our heroes, all our mates used to listen to them when we were young. The first time we met them it was just mad being stood next to The Wombats. Being around them and watching them, we have taken in a lot.” 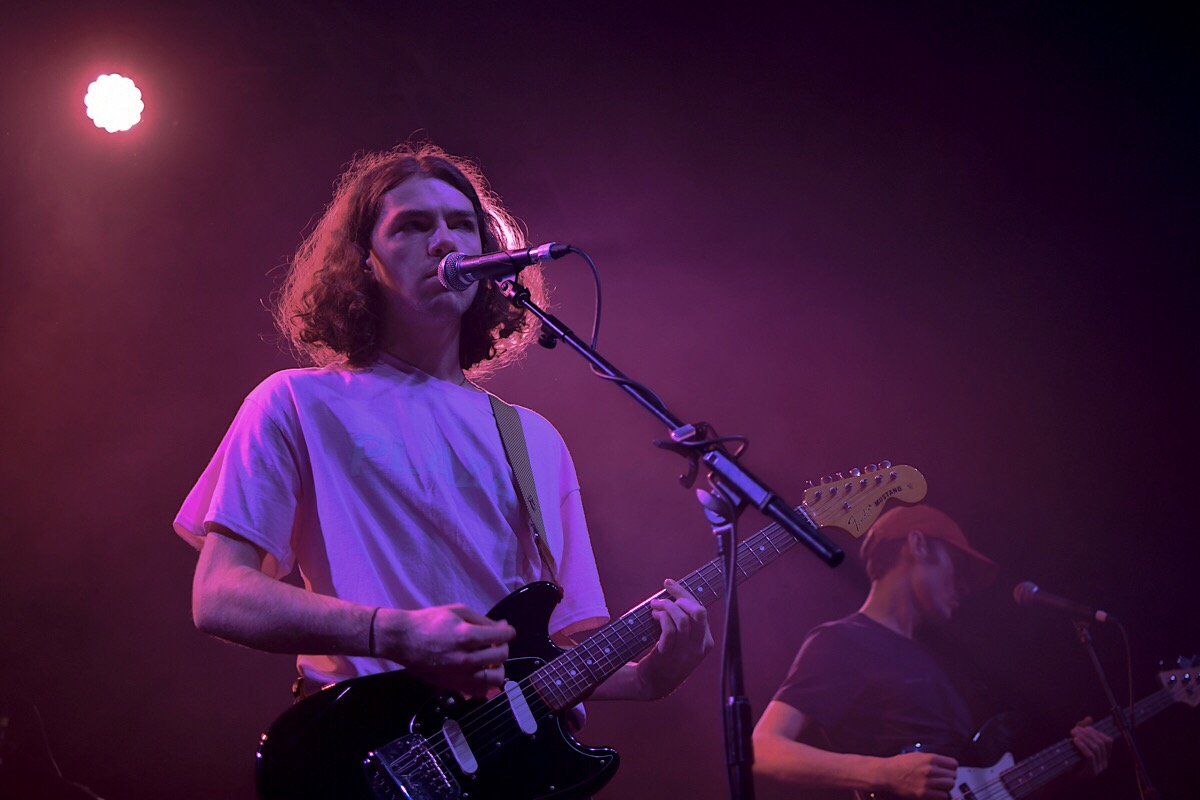 One thing Dillon has taken from being around The Wombats is just to be a “genuine person, as that’s what will get you further in the music industry. You need to be yourself and be sound to everyone you meet.”

“I don’t like it when people think they deserve more than they do, you just have to work hard and move up the ladder and one day you’ll get there.”

Throughout the summer the band has more shows to look forward to, with Sound City being the standout one.

“It is going to be great, three years ago we were on the smallest stage and now we are on the main one supporting Peace. It’s crazy looking at the poster and seeing our name so high up. Hopefully a lot of people will turn out for us.”

Another festival they are preparing for is Reading and Leeds. “This is the maddest one, we got told two months ago over email that we would be appearing on the Republic Stage, so that left us gobsmacked.”

“We are going to smash our set for everyone who comes, we are preparing well for it to get a good show in line.”

The drummers first ever festival was at Leeds and he reminisces saying that “I knew I wanted to do this; watching someone else on stage made me think it was what I wanted to do with my life, and I saw it as the best way to see the world.”

Dillon believes one of the best parts of being in the band is having the opportunity to release their own music. “It’s really rewarding bringing out your own stuff and waiting for the reception. We’ve got more tunes ready to go so I can’t wait to get them out.”

Their second EP, following last years ‘Get Away from the Feeling,’ is set to be released in early May. Whilst that’s the short-term plan, looking towards next year the band are hoping to have their debut album ready to go.

With only a few festivals booked for the summer, the main aim for the Liverpool band will be to record the tracks, as they hope to have it done by the autumn, with the aim of releasing it in 2019.

The song writing process for the band is to go into the studio and “get as many ideas on the table as possible.”

“We will just write and write in order to give us the best possible selection when choosing tracks for the album. We want this to be a conceptual thing and for the songs to tell a story, not just one single after another.”

When writing songs things just seem ‘to come together’ as one will start playing a riff on the guitar and the others will gradually start to join in and “somehow we can end up creating a full song.” 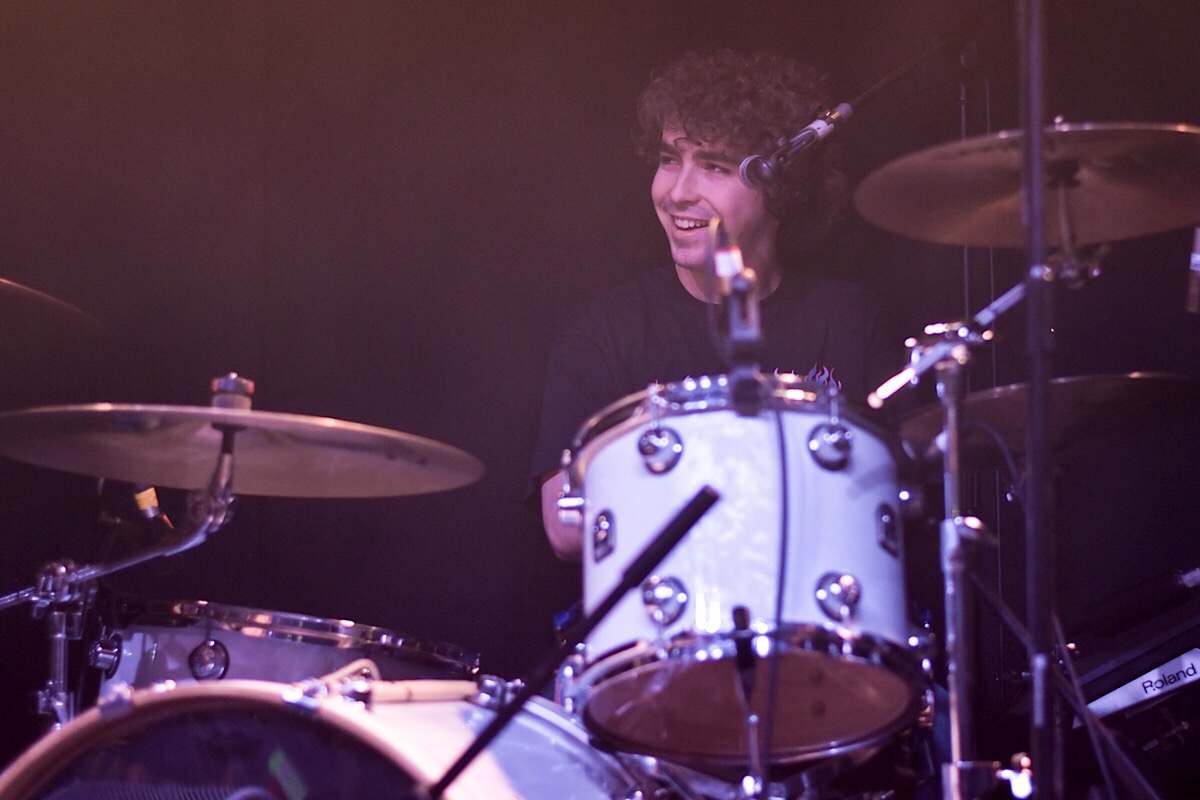 “It doesn’t always work out that way, we have had times when we’ve had little riffs but have been unable to go anywhere with them so started something else. But for the album we are going to try to finish every song to give us plenty to choose from.”

The idea of forming a band was on the cards even in their school days. “Originally Sean and Josh had a little thing going together and they came up to me if I wanted to be the drummer.”

Things were completed when Arran joined; “he came round one night and things just went from there.”

Before being called The Night Café, the four-piece went under the name ‘Canvas,’ but they had to change it after they discovered a band in Australia went by the same name. 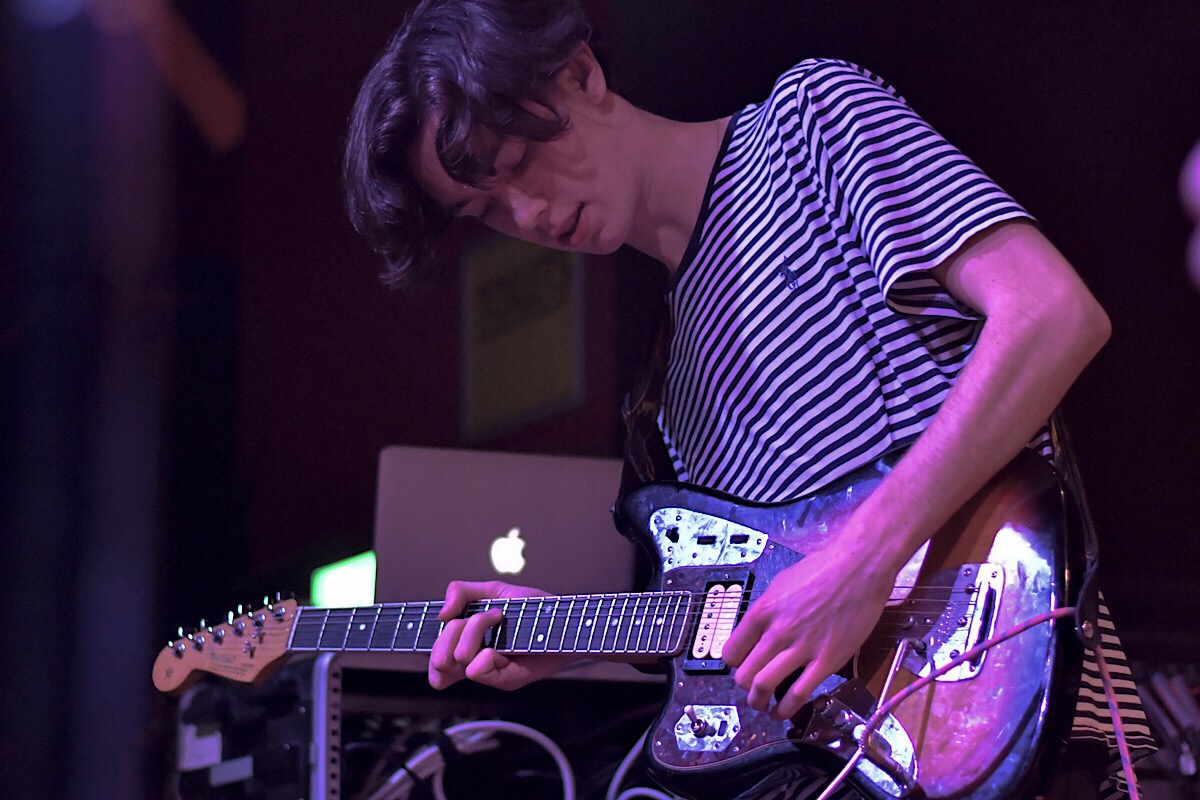 “It took ages coming up with a new name, at one point we were nearly called Velvet Café. Then one of us saw a Vincent Van Gogh painting called ‘The Night Café.’ At the time I was unsure about it because ‘Canvas’ felt right at that time but now I proper love the name and it’s just what we are now.”

The band certainly have a different range of musical tastes. “There’s a mixture of every genre in our music and it all comes together, we just take influence form everything.”

“Sean likes a lot of John Mayer’s stuff whilst Josh likes Pink Floyd, and you can certainly hear that in the way they both play their guitars. Meanwhile both me and Arran are into our house music, he’s (Arran) going to raves every weekend.”

There is plenty of positivity around the band at the moment, with everything ‘just snowballing.’

“We have had a lot of help from people in our management and we hope things will continue like this for the rest of our career, and that it’ll keep getting bigger and bigger.”

In 12 months they are hoping that things will be feeling as good as they are now and that they will be ‘excited’ to release their debut album.