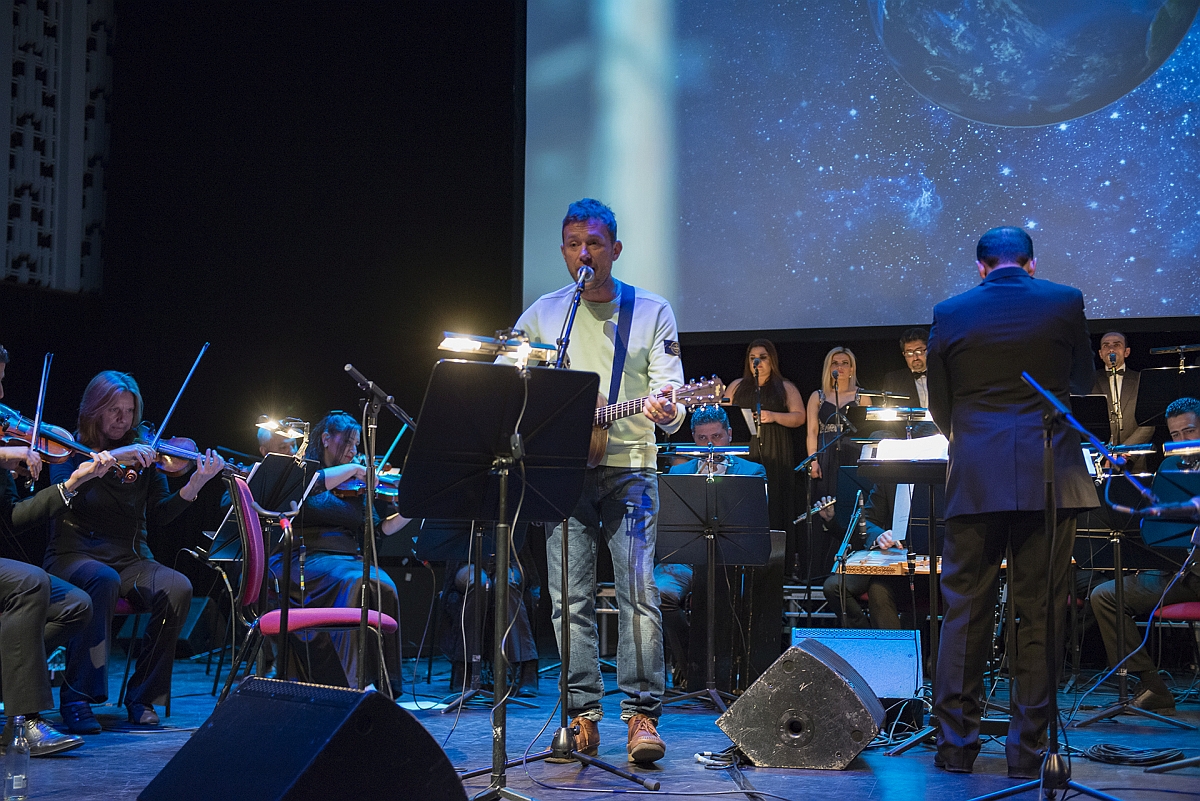 Aided by Damon Albarn, facilitated by the Liverpool Philharmonic and brought to the city by Liverpool’s own Rapid Response Unit News , The Orchestra of Syrian Musicians brilliantly sneaked up on us and took us by surprise at the end of St. George’s Day. We’ll admit we didn’t have a full idea of what to expect, but even prior listening and research wouldn’t have prepared us for the unique and special evening that The Orchestra of Syrian Musicians brought to Liverpool’s Philharmonic Hall.

The orchestra kicked off after a brief introduction by Damon Albarn. “I have been thinking about it (St. George’s Day) lately. […] It’s about Britain being courageous enough to be open to others.”, Albarn sets the tone for the evening.

Surely some of our readers are only interested in the show due to Albarn‘s presence; just a chunk of the audience were. For them, it was especially interesting to see the Gorillaz frontman out there without any rockstar attitude and with just his genuineness and characteristic looseness. Even when he takes the guitar and mic at a quarter of the hour in, the rock icon puts on glasses before bracing readiness – no mucking about there, Albarn means sincerity and business.

Now that we have that out of the way, without a doubt, the bigger celebrity of the night was the orchestra itself.

Carrying the finesse and majesty of a classical ensemble, the musicians offered sound that at first seemed simple predictable middle eastern phrasings but without you even noticing they would absorb you in and only when the piece would come to an end would you regain the sense of where you are and realise truly what being ‘lost in music’ is about.

And that is as good a sign as any that this was some effective music.

The whole evening was full of charming moments, with virtuosic ethnic musicianship from instrumentalists and vocalists alike.

With a specially dedicated piece Barada to Mersey, Liverpool-Everton jokes, and heartfelt gratitude to the city in various speeches  by the musicians, the love was apparent. The audience reciprocated by abandoning all the formalities of watching an orchestra. 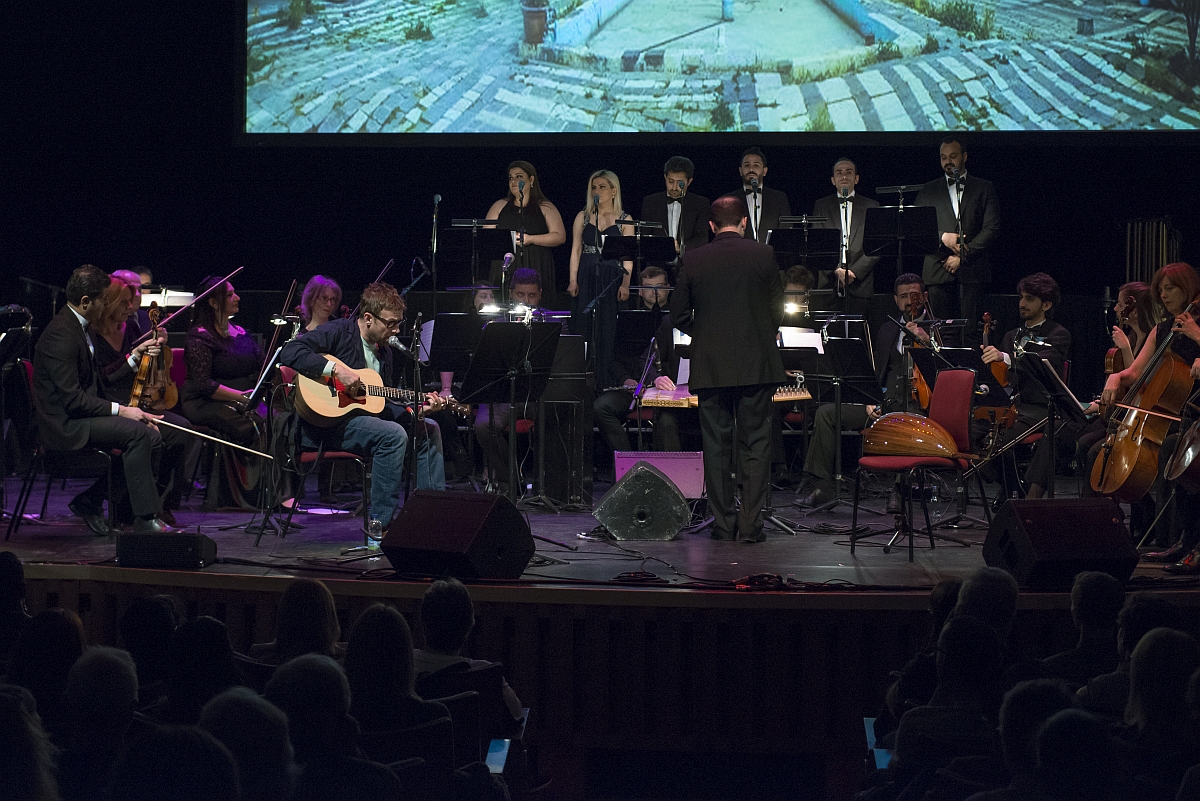 Applause followed the frequent featured solos and clap alongs were the order of the evening – you can forget that this was the seated venue of Liverpool Philharmonic and the performer on the evening was an orchestra.

When Albarn returned to deliver Blur‘s Out of Time in front of a background that featured destroyed buildings and the earth behind it, all sombre emotions filled us up. “It’s a story, isn’t it? We all feel it”, he remarks before the song and that about sums it up. Between the clap alongs and singalongs and the marvel of experiencing something surprising, you hardly realise how the orchestra took us through joyous music to darker textures and back again – it was a journey and an expression of the fragility of the human world.

By the end, half the audience was in the front dancing and the rest singing along.

Again, this was the seated venue of the Philharmonic and this was an orchestral performance! That’s how powerful some heartfelt graceful music can be. The night closed to a very multicultural gathering of Liverpudlians and others chanting “Sy – Ri – A! Sy – Ri – A!”  – a testimony to a job well done by the commissioning body RRU News, hosts and helpers Liverpool Philharmonic and the incredible performers of The Orchestra of Syrian Musicians and Albarn alike.