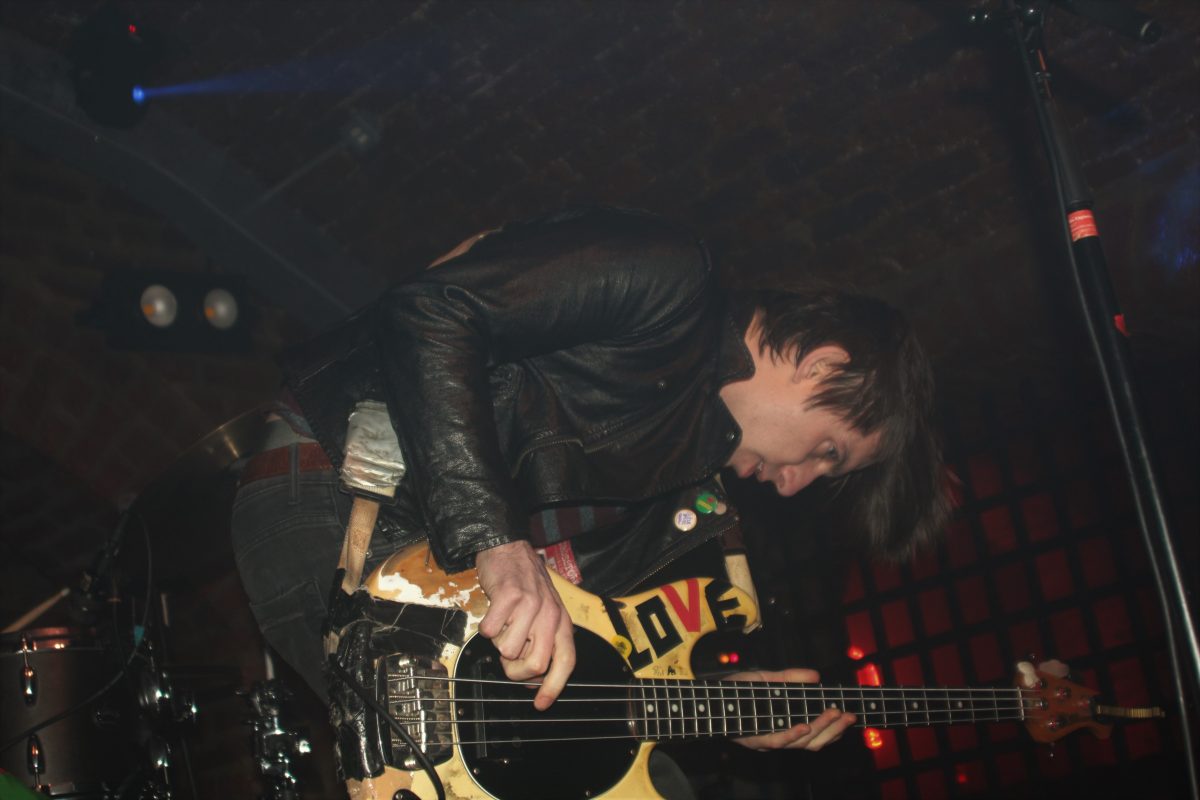 Well and truly on the ascent, Trampolene headed out on their tour in the slipstream of hit debut album Swansea To Hornsey, Getintothis’ Lewis Ridley was in amongst another This Feeling zone.

Last time we caught Trampolene it was in The Magnet, they’d only released their first album days earlier and it was only those with a keen eye on the Swansea trio that really revelled in the release parties of Swansea To Hornsey.

Alas, the venue has since closed, but Trampolene‘s fortunes have taken a different turn, they are now one of the UK’s hottest guitar bands, exposure on national radio including a Maida Vale session last month has affirmed the opinion many have held for a while now.

On Wednesday night in the catacombs of EBGBs they were to be supported by not one, or two, but three bands in what formed a night of rock and roll indulgence.

First up, Widnes lads The Racket, who are preparing to release their first video for track Push Your Look. While they may not provide the stage presence of the three bands to come, they have an effortless style in both sight and sound.

Regrettably, with Sophie and The Giants vocalist Sophie Scott falling ill yesterday meant that they had to cancel, the Sheffield based band will have to make up for that next time round.

“The music snobby London critics choose to ignore.” – is there a North v. South divide in music?

It’s no secret we’re huge fans of Himalayas, they come from neighbouring Welsh city Cardiff and have made noise in front of big crowds in the North West as recently as a headline gig at Jimmy’s in February.

They really are a thrilling live band, they embody youthfulness and fill any venue with a vibe that any gig goer would admit is exactly what it’s all about, whatever it is.

Joe, Mike, Louis and James rip through a set that includes the snarling Sigh On A Hurricane and the Radio X favourite Thank God I’m Not You.

We can only hope that their set closer Heaven Knows, complete with an outro that sees Joe stride into the Liverpool crowd, is on the cards for release soon. It has the very mortar of this venue shaking, and everyone in it completely transfixed. Told you we loved them.

At the end of what felt like a Music Week mini-festival, Trampolene arrived, led by wordsmith and front man Jack Jones.

Their sound is one that develops over the course of a set, we’re treated to the rock and roll similar to that of previous support, but also Jones‘ witty, domestic and perhaps illegal spoken word poetry which caught the ear of Libertines icon Pete Doherty.

Imagine Something Yesterday is the pick of the melodic tracks, with the aforementioned domesticity, a tongue-in-cheek reference to Lennon, McCartney and Harrison typical of Jones.

A stones throw away from the venue, as in many towns on this tour which takes them next to Leeds, Glasgow, Edinburgh, Manchester, brilliant Blackpool and Sheffield, there is a Poundland.

“Shabba-do-ah, shabba-do-ey, we love Poundland, hip-hip hooray.” A poem for the people, a light-hearted observation of “Britain’s last paradise”, and EBGBs loves it.

Jones ended the set in amongst the crowd, a spoken word session that featured fans grabbing the mic to talk about Dale Winton, bizarre, but then that’s Trampolene for you. 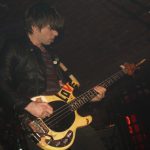 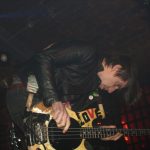 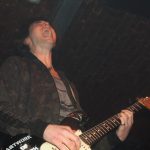 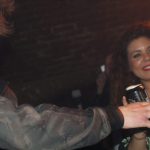 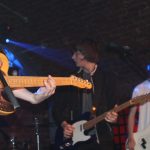 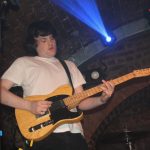 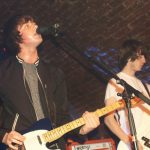 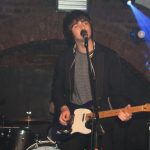 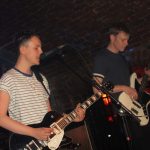 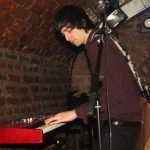 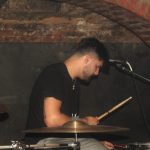 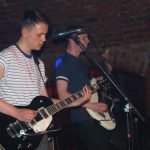