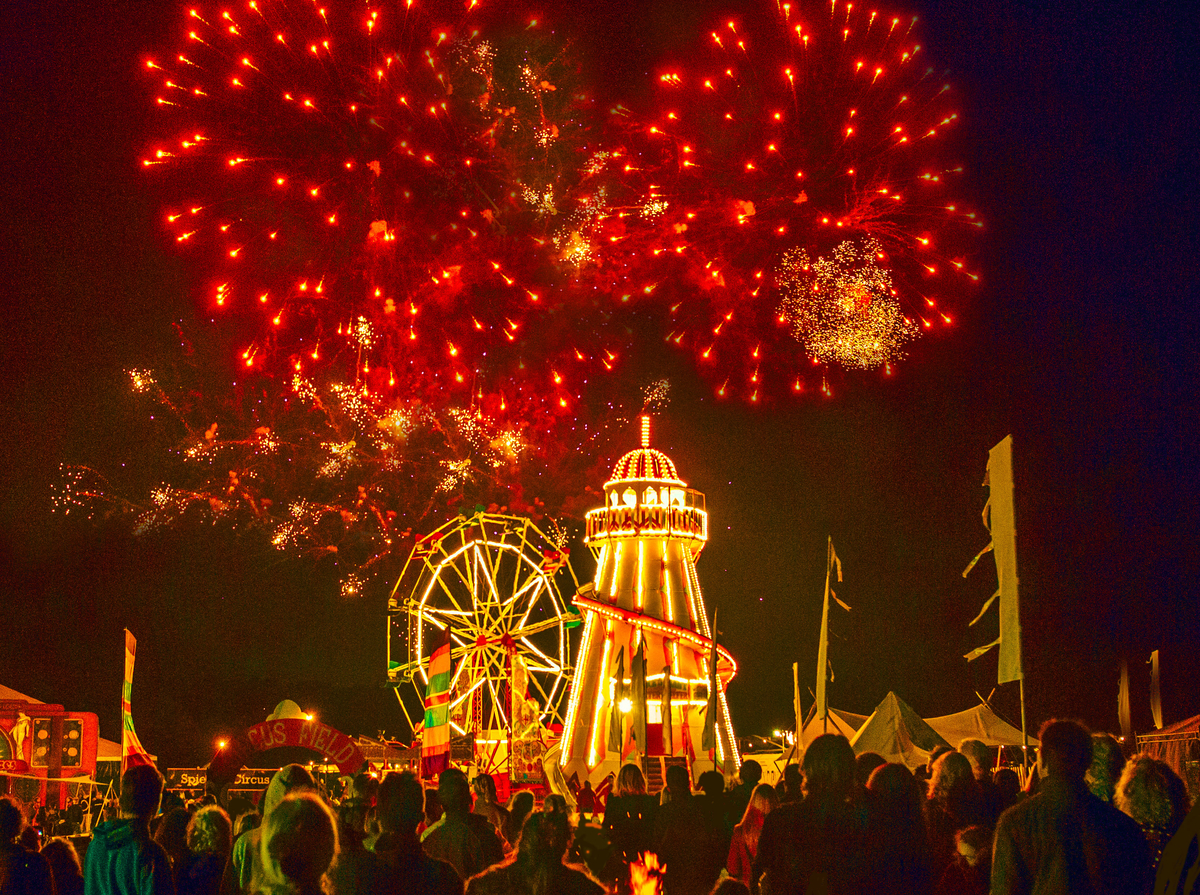 As HowTheLightGetsIn Festival gears up for the 2018 edition Getintothis’ Luke Traynor has all you need to know about this mix of philosophy and music.

HowTheLightGetsIn aims “to get philosophy out of the academy and into people’s lives” by assembling academics, musicians, philosophers, comedians, writers, deep thinkers and more for debate and music.

This year, former Archbishop of Canterbury and social critic Rowan Williams and dance legends The Orb are just two of the attractions for 2018.

Held at the same time as the Hay Festival, and based in a riverside setting by the banks of the River Wye, on the edge of the Black Mountains, HowTheLightGetsIn attracts a crowd of 30,000 over the three days.

Getintothis speaks to HowTheLightGetsIn founder, Hilary Lawson, about why he started up the festival, and his hopes and dreams for its future. 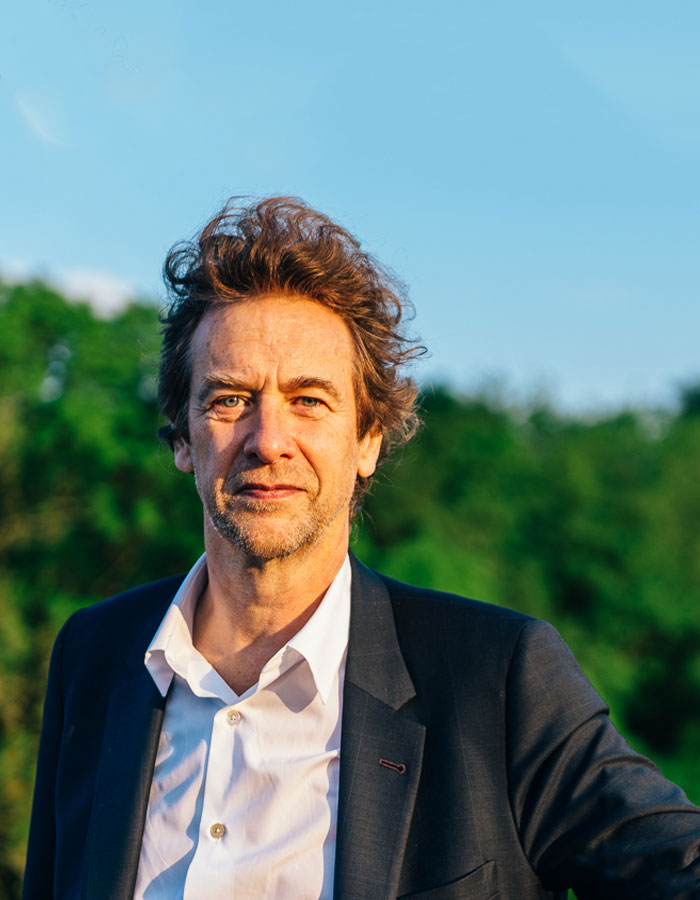 Getintothis: “So, this festival will be a new one to most people’s ears….can you give me a short potted history of the festival and its genesis?”

Hilary: “Our first festival was in 2009, and it started with just a handful of people.”

“People may have been thinking, “who is ever going to come to a philosophy festival,” but we did the first one, and it was much more successful than we expected.

“We’ve continued to grow at quite a rapid pace over the years, which has generated more and more momentum.

“The combination of the big ideas and the music….. there isn’t really anything like it.

“The big ideas are our focus during the day, covering all of the areas, like politics, science, arts, philosophy…..and music does also run through all the day, too, but during the day the dominant things are the debates.

“In the evening, the festival turns into a party and there’s music across the site.

“That’s the shape of it, if you just want to come to the festival for the music, you can, but that really kicks off in the evening.”

Getintothis: “The 2018 line-up likes very interesting. Anything or anyone you’d pick out as a potential highlight?”

Hilary: “We’ve got a great line up.

“On the ideas front, we have Liz Truss, who’s a cabinet minister (current Chief Secretary to the Treasurer), Noam Chomsky – the world’s most famous living philosopher – Rowan Williams – along with MP Diane Abbot, who were pleased to have back, Rupert Sheldrake [biologist and author]…all these kind of people are pretty huge.

“On the music side, we’re excited to have The Orb, who were really big back in the 90s…

“We always try and go for people who are doing something interesting, Hot Chip, of course, Ana Matronic (Scissor Sisters)…interestingly, Camille O’Sulllivan who most people haven’t heard of, she’s been the one that’s been selling strongest for us. She did do a gig for us five 5 years ago and it was completely electric, so we’re looking forward to her.”

Getintothis: “We understand that each year the festival has a particular theme. What’s this year’s?”

Hilary: “We have a theme – Darkness, Authority and Dreams.

“And the reason is, the world has lots of dark elements, and we are looking at what has led to that darkness and the dreams might be the alternative, you know, how do we get out of this mess?

“The title of the festival comes from a Leonard Cohen song, the full phrase is, “There’s a crack in everything, that’s how the light gets in,” and in fact, I saw Leonard Cohen at Glastonbury, on the Pyramid Stage, just as he was doing his last round of events, and I remember thinking, “this will be pretty dire,” but like everyone else in the crowd, we were completely amazed at how wonderful it was. Those last concerts were extraordinary.

“So, HowTheLightGetsIn seemed absolutely right for us.

“That’s what we’re up to with philosophy, the idea that there’s a crack in everything and we don’t really understand stuff, but it is by identifying things that you don’t understand that you find stuff that is the most important.”

Getintothis: “The location for HowtheLightGetsIn looks pretty special too.”

Hilary: “We are at the north side of the Black Mountains, so it’s very lIke Green Man, but hopefully we get slightly better weather than they do.

“We’re on a site which is by the river, a fantastic site, in a mountain setting.

“There is no other event where you get this combination of big thinkers mixed in with an atmosphere which is festival-like and engaging.

“I think we’re always looking for the original new way of doing things and our theme, asks what’s the way to make the world a better place?

“But we try and address the problems that we face, and find people with original and new things to say about what that might be.

“That means we have very radical people in our line up but a good representation from more mainstream establishment figures – that’s deliberate – to get genuine engagement.

“When we started, philosophy was something of a joke, it was associated with a Monty Python football match, rather than anything serious.

“People felt philosophers were just arguing over the meaning of words in a rather ridiculous way, and I rather agreed with that.

“I thought this is crazy, the big ideas are the things that matter, and in Britain we’ve traditionally been nervous of them…it’s been sort of we’ll leave the big ideas to Parisien taxi drivers and we’re more grounded…and that’s always seemed ridiculous.

“At some level, everyone is a philosopher.

“We’re in a position of trying to make sense of being alive, it doesn’t matter who we are, we still have to come to terms with this strange thing of being alive.

Philosophy has been academicised to a level where people think, “I cant really talk about that sort of stuff,” but everyone has got a way of engaging with the biggest questions, and that is what life is like.”

GetIntothis: “Is philosophy an exciting enough topic for a good vibes, summer sort of festival?”

Hilary: “We’re not going to dumb things down, it’s just that we don’t put up with bullshit…

“Our speakers really enjoy this space, because they do have really genuine conversations with each other which push things forward in an unexpected way.

“No doubt, when people go to our events, they don’t understand everything, but they do understand the basic oppositions and what the ideas are, and it’s about really being present when people are talking about things…”

GetIntothis: “Do you encourage audience participation when your speakers are on the stage?

Hilary: “We try and avoid a celebrity culture. where somehow you have a VIP in one bit, and the public herded somewhere else, so we mix everybody and get our speakers to mingle with the crowd.

“So, you could be having your coffee next to a Nobel Prize Winner.

“It really is like that, and we have events were you can have dinner with our speakers and so join in a conversation with them and with other people, so it makes it really human, and you engage in a really human way.

“We don’t want our speakers lecturing people, but engaging in it.

“Then, it’s really exciting as it feels we are generating the ideas of the future.”