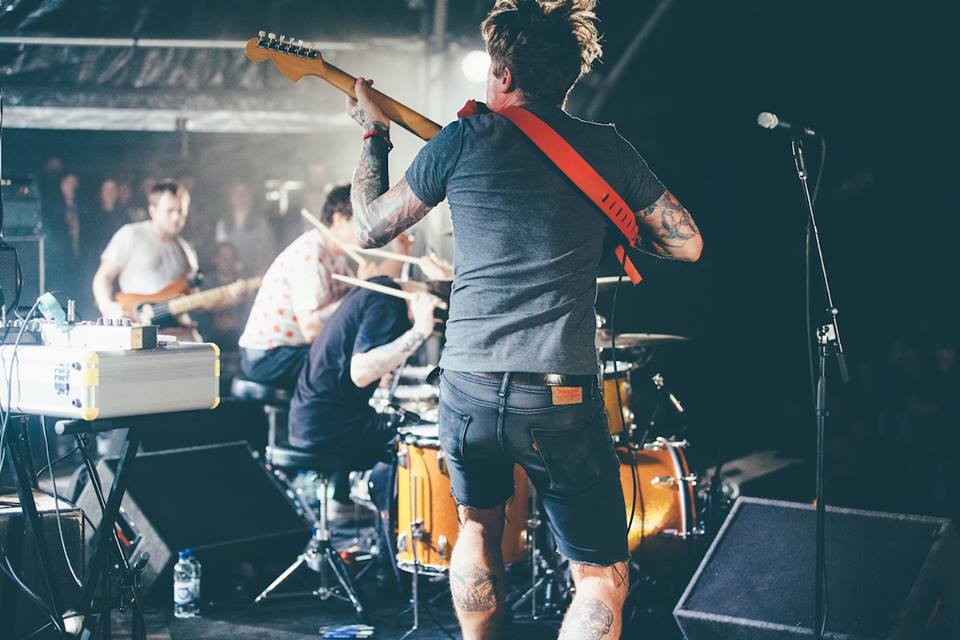 San Francisco band Oh Sees are an elusive proposition, whether that be changing names, their lack of social media activity or in a physical sense of not being one of the lucky few to squeeze into The Kazimier back at Sound City 2013.

There’ll be no need for a squeeze in Liverpool this time around, however, the band have omitted a North West date from their just announced tour in support of new album Smote Reverser. This, their 20th long player, is set to be released on August 17 via Castle Face Records.

The cover of the album is by sci-fi and fantasy book cover illustrator Matt Stawicki and shows a dragon looking over the ruins of a burning city.

Oh Sees kick off a summer tour in Brighton on Tuesday 10, before travelling to Leeds and onward, taking in a date at End of The Road in Dorset.