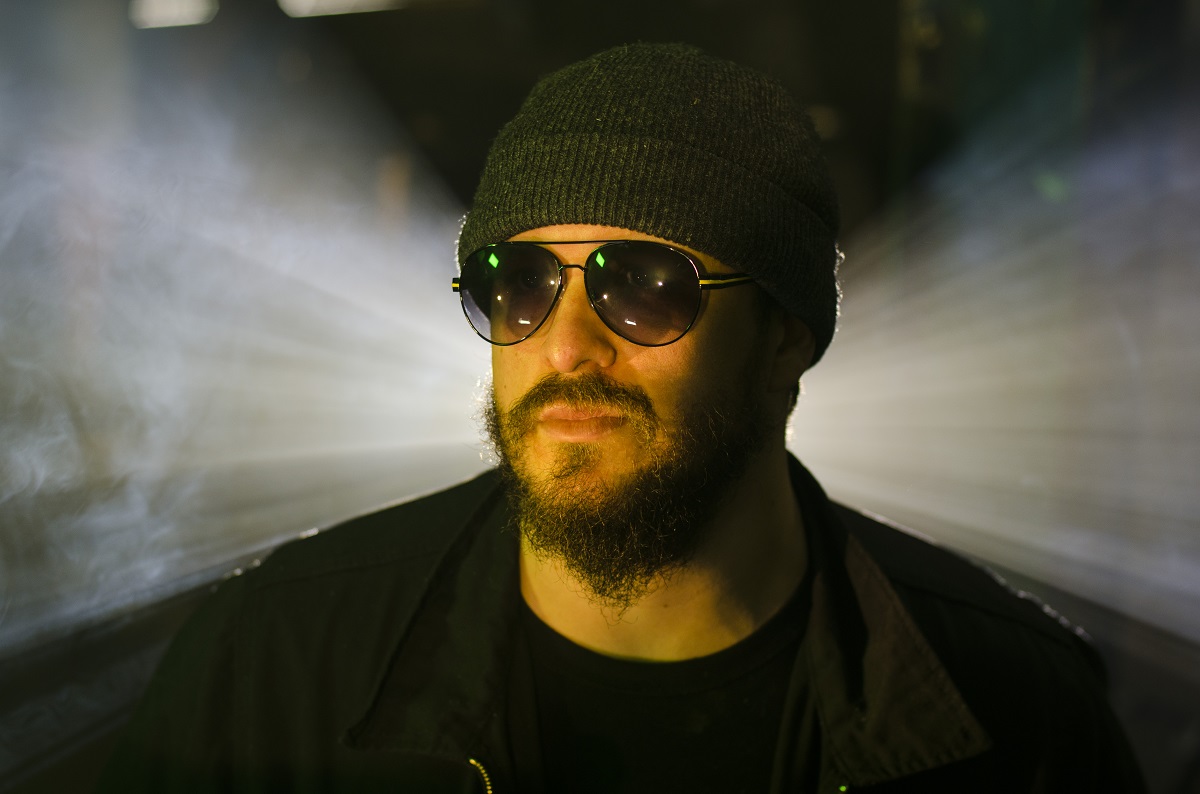 BC Camplight chats to Getintothis to talk about deportation, arguments with Sky, hangover cures and how he fucked over ‘the biggest prick’ Don McLean.

BC Camplight, or Brian Christinzio to his friends, released new album Deportation Blues in August this year.

The album deals with Christinzio being deported from the UK just two days after his previous album How to Die in the North was released.  Christinzio describes this period of his life as being like ‘living in a constant panic attack’.

After 18 months of effort, Christinzio managed to secure Italian citizenship and be allowed back into Europe to continue working with his band.

Recording at Liverpool’s Whitewood studios, Christinzio worked on Deportation Blues in a dark, windowless room with the lights deliberately turned off.

As a result, the album was full of Christinzio‘s trademark lyrical examination of his own life and showcases his ability to turn a critical spotlight on what he sees as his own shortcomings.

Getintothis chatted with Christinzio ahead of his Liverpool Hangar 34 date with Phosphorescent on Friday – what followed was a brilliant and illuminating chat with one of the most intriguing and open musicians currently operating. 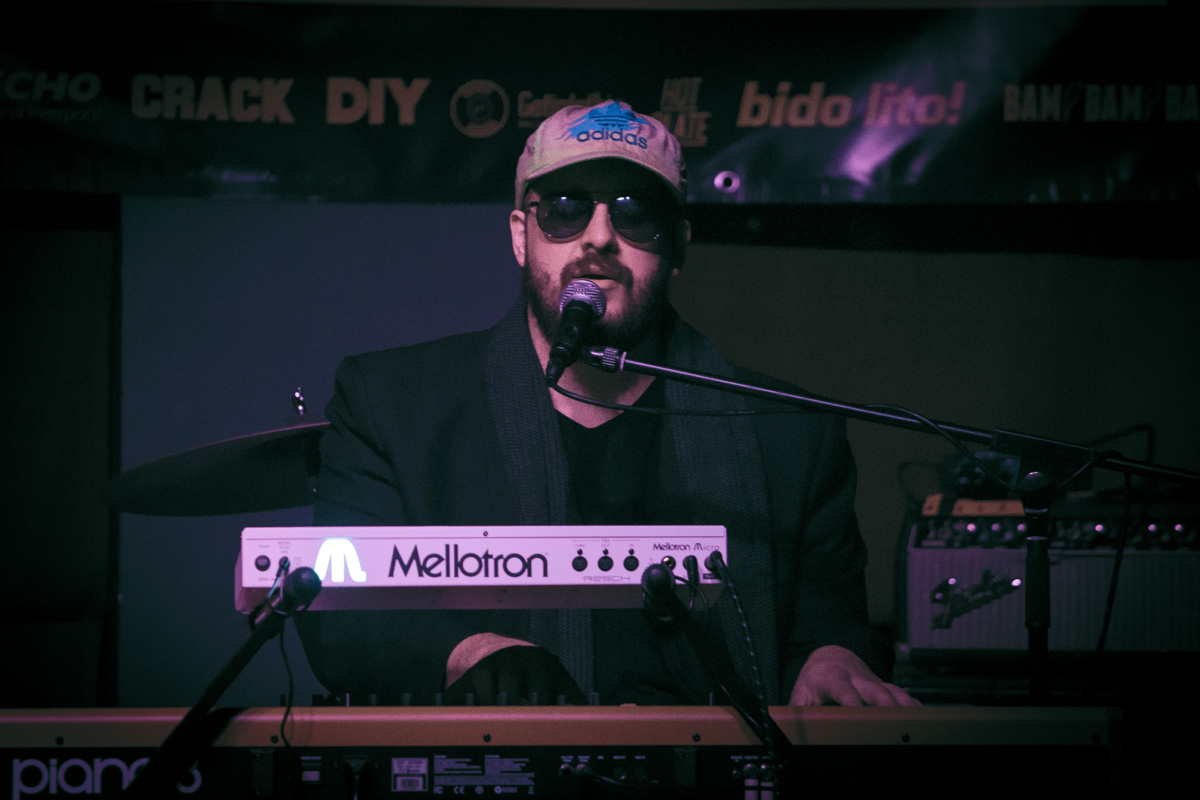 BC Camplight at Liverpool Music Week

‘I’m in Manchester after the longest detour possible. As you may have heard I was deported and banned from the UK a couple years ago. I managed to get back into the country as a newly appointed Italian Citizen.’

‘I’m answering your questions from Manchester library. I got in a fight with SKY and they cut off my internet.’

3. How is that working out?

‘Well, I’m still here. For now. I just released a record that people are seeming to bond to. So I’m going to roll with that for now. The music business is a near impossible way of life. I’m seeing a little sliver of hope for the first time in a long time. I always have high hopes for my records and some sort of tragedy usually dashes them. It seems to be going fairly ok at the moment. I’m on the look out for something large dropping on my head.’

4. What is the last album you listened to?

‘Sharon Van Etten‘s Epic. Not just because I played on it. There is something about her voice that comforts me. It slows my pulse down. Only temporarily though. The minute the song is over I go back into overdrive homeostasis but I feel ok for those 3 minutes.’

5. What inspires you to make music?

‘I make music purely as a steam-release valve. I wouldn’t say I get inspired by much of anything. Thoughts and sounds and themes build up in my head during my day to day life over the course of a year or so and I extract them. Trust me, I wish I was one of these dudes that found inspiration in the beauty of the world and all that shit. I sometimes feel a mere witness to my creativity.’

6. Do you have any pre-gig superstitions?

‘Not really but my band has a terrible habit of having to use the bathroom two minutes before we are due on stage. It’s become a running joke now but it is quite stressful. There have been a couple times where I’ve walked onto stage to applause, sat in brief silence, and then walked off again because someone was still in the toilet. So I’ve instituted a 10 minute rule moving forward. Either do your business before 8:50pm or you’re holding it the whole show.’

7. What is your favourite TV show?

‘I think The Sopranos is possibly one of the great modern works of art. Truly stunning.’

8. When was the last time you were drunk?

‘I tend to drink a lot less when I go through depressive stretches. It’s weird. When I am feeling ok I’ll drink maybe 3-4 times a week. When I’m depressed maybe once every 2 weeks. But when I do I typically don’t leave the bar until the cops come. I woke up last Saturday on my floor with the bottom half of a Debenham’s mannequin next to me. For real. No idea. It’s not a good thing, man. I am not trying to sound cool or anything. I’m 39 years old.’

‘I tend to only make my hangovers worse. The aforementioned Saturday I was introduced to an English treasure called the ‘munchie box’. It was a 14 inch pizza box filled with fried everything. I ate the whole thing. Next thing I knew I was crying whilst watching Steve Coogan‘s The Trip. If you have a remedy let me know.’ 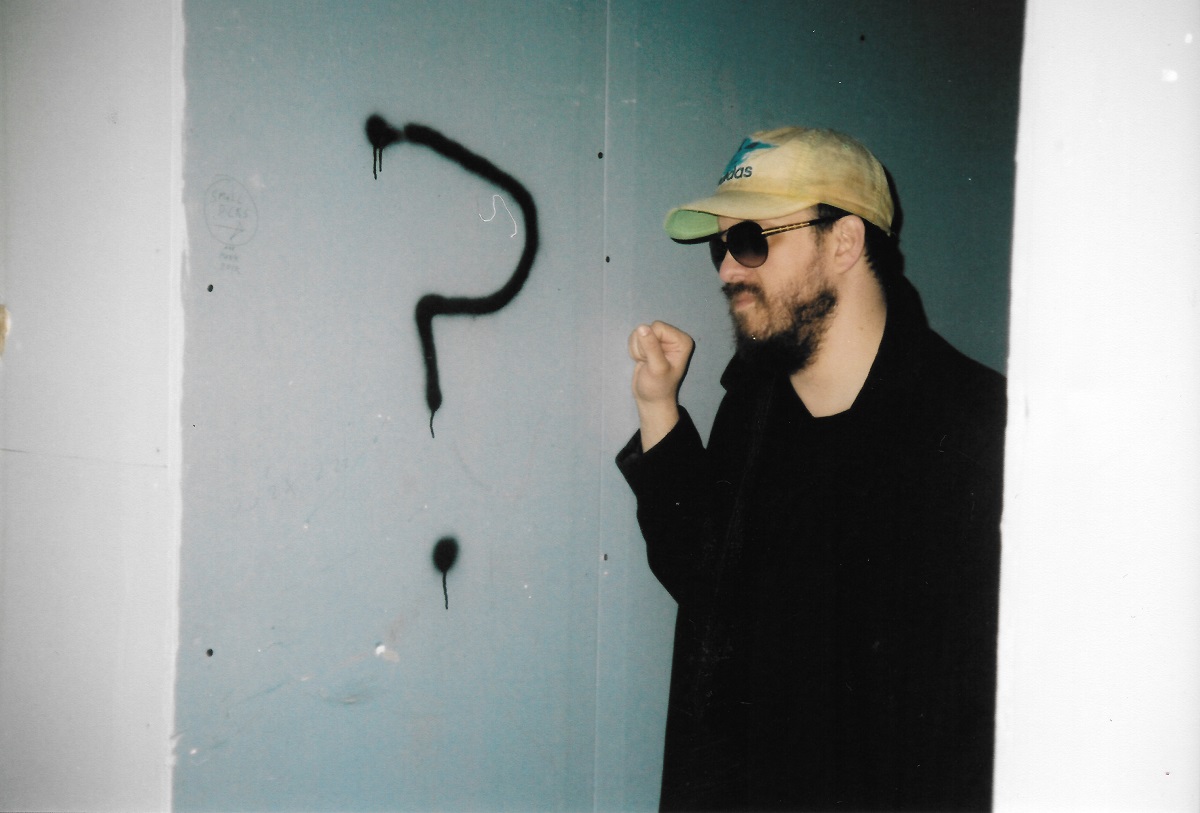 ‘I don’t have a CD player or have songs on my phone or anything. My relationship with music is odd. Limited I would say. I don’t have a record player either. When I listen to music it is usually on YouTube.’

‘My psychiatrist got a bit wordy with me on Monday. Seems I need to ‘respect her busy schedule’ and realize that ‘other people exist’ besides myself. I went to the wrong office and had to Uber to the correct one and showed up an hour late. I accepted responsibility for my mistake. However, because I can’t deal with confrontation I will not be returning to see her again. Your best bet whilst dealing with me is to pretend I’m an 8 month-old dog.’

‘I try not to meet celebrities. I will tell you who the biggest prick was though. Don Mclean. You know…American Pie. I opened up for him for some reason in about 2007. I got done my set and went back to my dressing room. For some reason, Donny was in there with all his band and groupies – 58-year-old women.

Completely unprompted he yelled to me ‘Hey man, I’ve paid more in taxes this year than you’ll make in your whole life’. Sure, he was right. But not a very gentlemanly move. So, while he was noodling on his guitar I put a big scoop of chunky peanut butter in the tea his manager had prepared for him. I discarded the peanut butter laden spoon in the pocket of his sequined vest he had draped over the chair. He left for the stage carrying his tea and dressed in his ridiculous vest. First I heard a ‘what the fuck’ before he started the show and then a louder ‘God damnit!’ just before he played Vincent. I assume he had put his hand in his vest pocket to retrieve a new pick. Fuck that guy.’

*This article was amended on October 22 following the announcement of a change in venue of BC Camplight‘s show with Phosphorescent on Friday October 26. The event, originally scheduled to take place at Grand Central Hall, will now take place at Hangar 34 on Greenland Street in Liverpool’s Baltic Triangle.