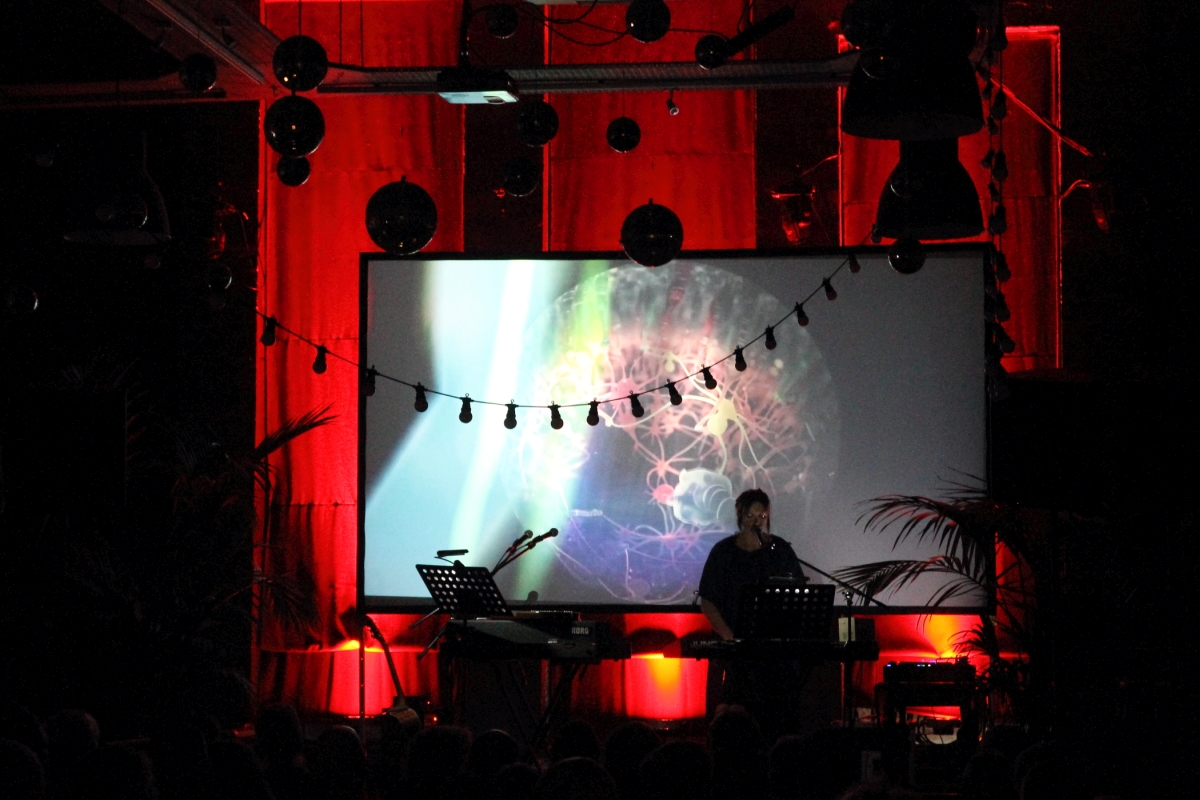 Jane Weaver transformed a tea room into a portal into another world when she touched down in Liverpool’s Leaf this week, and Getintothis’ Jane Davies was there to see it.

Renowned for her musical dreamscapes and abstract stage projections, Jane Weaver chose instrumental Hak To get the evening of to a slow and gentle start after a delay of 20 minutes due to technical issues.

Unaccompanied, save for an acoustic guitar and pair of keyboards the set was composed of a mix of songs from her back catalogue as well as her most recent 2017 release Modern Kosmology.

The projections for this evening’s performance were on a loop that ventured into some uninhabited planet that looked like it had a moon made out of cheese and unidentifiable plant forms.

As the set progressed, the choral beauty of Element swept in, to polite if not subdued applause. Slow transmissions between songs made for a very laid back performance, and the seated audience responded accordingly listening intently with only a tiny percentage taking mobile phone recordings.

Cells with its folkloric nursery rhyme feel was enthralling and at times it was possible to forget you were in an auditorium and want to relax into a meditative state.

A slight trickle of punters left during the course of the evening not to return. It was slightly distracting and disappointing that they could simply not sit it out and enjoy an hour of pure relaxation. It was possibly a case of simply not ‘getting’ the artist.

Jane Weaver interview: Modern Kosmology and the power of the female muse

Stand out songs of the evening were undoubtedly the trio of songs from Modern Kosmology, Buttterflies,  which upped the tempo along with Wish with its predominant synthesiser melody and Slow Motion.

The encore was If Only We Could from the 2014 album The Silver Globe.

This came as a surprise to those that had hoped for the anthemic Architect. Leaf, with its theatrical ambience and constellation of light bulbs perfectly complemented the music which had certainly provided an alternative and sedate evening of unique music. 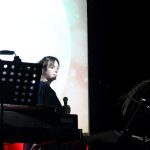 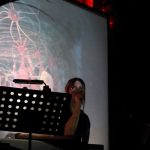 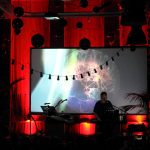 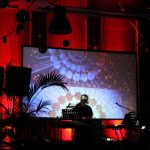 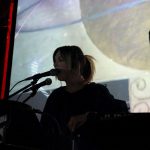 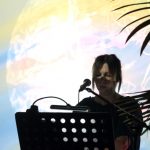 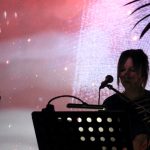 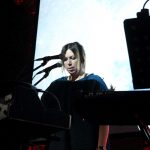 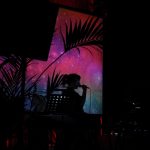