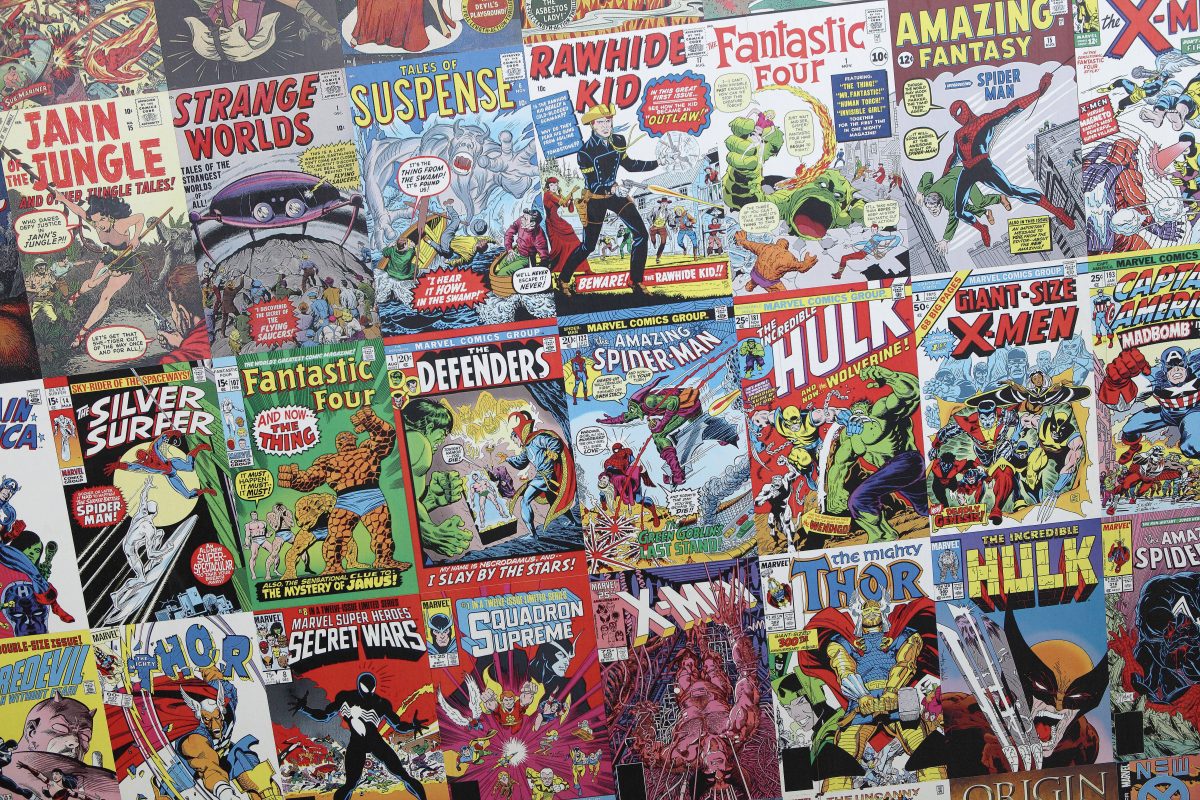 As fans mourn the passing of Stan Lee, Getintothis’ Roy Bayfield reflects on the building of the Marvel Universe and how it has become part of the real world.

The last week has seen a massive outpouring of grief for a man who passed away at the age of 95: Stan Lee, writer, editor and publisher of Marvel Comics.

A vast array of celebrities have expressed their sadness at the death of a legend, while countless ordinary folks have shed an online tear and a bittersweet ‘Excelsior!’. Stan’s passing has ‘made the world emptier’, ‘our childhood has died’; ‘we will never see his like again’ are some of the epithets showing sincere feelings for someone few of us have actually met.

Who, or what, have we actually been mourning? Is it Stan the writer, whose most active period was 1961-1971, when he co-created many major characters such as Spider-Man, the Hulk and the Fantastic Four, developing an approach to comics that aspired to realism and relevance? Stan the successful businessman, Barnum-like huckster for Marvel, overseeing its evolution from purveyor of ephemeral pulp for children to global multimedia presence? Stan the old guy making cameo appearances in the increasingly popular, increasingly good Marvel films, a benign patriarch setting his seal on proceedings with a twinkle and a one-liner? Stan the anti-racist, firing off polemics against bigotry from his columns and videos? Stan the Man who, for anyone my age or younger, has always been around as the Marvel guy, simply there as part of the fabric of popular culture and therefore part of life?

He developed a breed of superhero very different to the austerely virtuous and one-dimensional type then favoured by DC https://t.co/Ih04rQy2YF

The answer, or course, is all of these and more. But there is something that Stan Lee symbolises that transcends his actual roles and individual achievements, a cultural form that probably wouldn’t exist without him: the Marvel Universe.

The early Marvel comics that Stan scripted, working with creative geniuses like Jack Kirby and Steve Ditko and the teams of inkers, letterers, colourists and editorial workers who crafted them into being, had a raw energy and freshness to them. In the early 60s superheroes as we know them had been around since the late 30s, a form grown repetitive and irrelevant.

Stan and colleagues introduced characters with real problems in a recognisable world, making a more instantly relatable product: the lives of Sue Storm, Ben Grimm, Peter Parker and the rest could be followed like a soap opera. And soon they started interacting – Spider-Man could swing across New York and meet the Fantastic Four! The Hulk, Thor and Iron Man could team up as the Avengers! Any of the comics were a doorway into the same fictional world. Of course the longer-established DC characters all interacted too; Wonder Woman, Superman, Batman and many others were regularly in joint adventures.

But those stories felt like more like a series of set pieces from an ever-repeating script – the same unchanging characters trotted out each month, sometimes in different combinations. Whatever happened you knew they would be back to normal next issue. In Marvel it was graspable as one big story, with change and consequences. 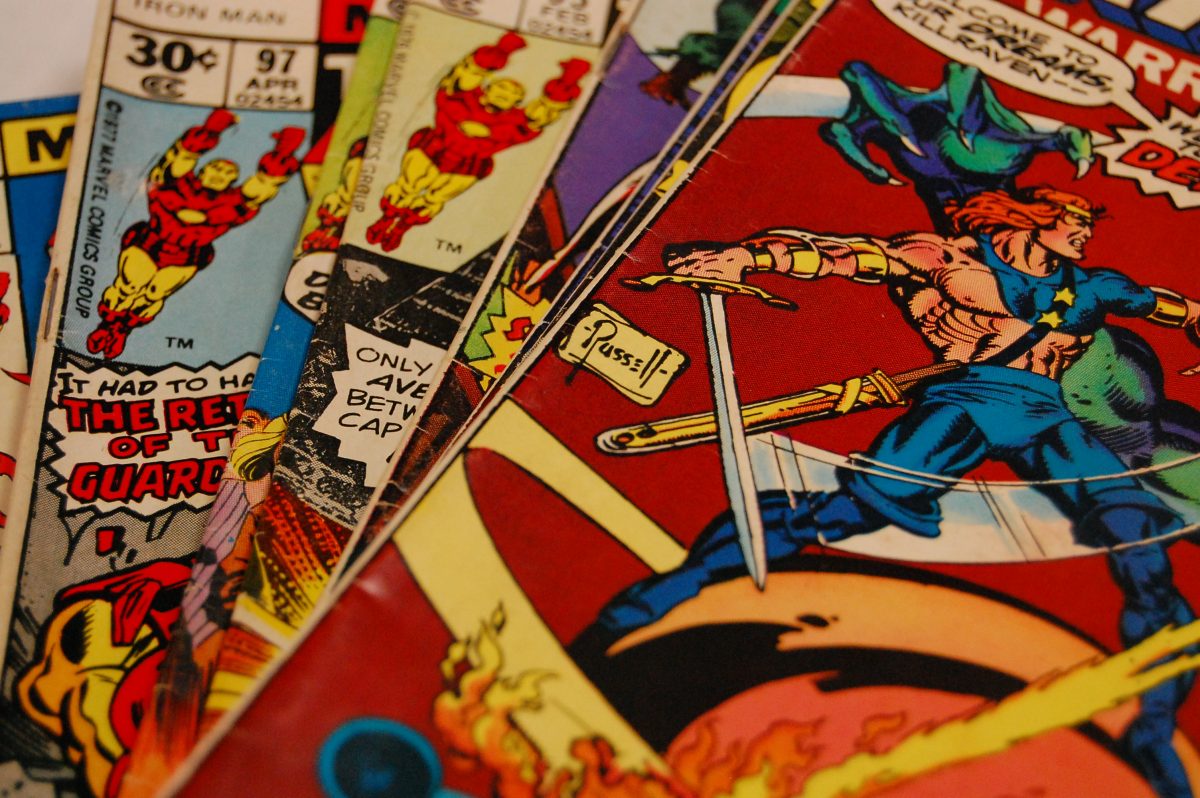 This fictional world expanded, mixing genres into one expanding milieu. Nick Fury from Marvel’s war comic appeared, older and minus an eye, as a Bond-like superspy. Western, horror, jungle and even romance comic characters were shown to be all part of the same world. Trends like kung fu and sword-and -sorcery brought in yet more characters. The then-popular theories of Erich ‘Chariots of the Gods’ Von Daniken were appropriated to create the Eternals, ancient space-gods who had visited the earth and inspired the human myths of gods and goddesses – but hang on, the actual gods existed too in Marvel, Odin was Thor’s dad and we’ve seen Zeus a bunch of times – so how did that work? (Resolving issues like this is often a plot element in a the comics themselves.)

Just like the real world, Marvel had a theology that could be pondered, figuring out how it all hung together. Even concepts like Death and Eternity were personified to the point where they could be drawn in panels on the comics page and have dialogue.

Maybe ‘world’ wasn’t a big enough term, maybe this was a universe.

Outside of comics there were various attempts to do film and television in the Mighty Marvel Manner, but these really turned a corner when with Captain America: The First Avenger film, the interconnected universe concept began to be used on screen as well. The added layer of excitement and engagement that came from knowing that the movies and tv shows were all related brought a lot more buy-in from audiences, growing to the point where Infinity War – a film with a gigantic sprawling cast, where the fundamental operation of the Marvel Cinematic Universe drives the plot – was a worldwide cultural event.

Somewhere along the line this stuff had become mainstream. Comics used to be a geeky minority pastime – now the people on the bus, your boss and your auntie were knowledgeably discussing the precise capacity of Thanos’ Soul Gems instead of football scores or reality TV. (Though some of us can enjoy the satisfaction of remembering when the Thanos first appeared in the latest month’s four-colour-printed epic.)

The Marvel Universe has continued to expand, now requiring a multiverse of parallel universes to accommodate the gigantic cast of characters and ever-expanding, fractal continuity. As a fictional construct the Marvel Universe accommodates many types of narrative. As well as superheroes (and blokes) it’s a place where stories about downbeat PI Jessica Jones, Latinx LGBTQIAx superhero America Chavez, and compellingly lighthearted Squirrel Girl can all take place. The social satire of Howard the Duck, the meta black comedy of Deadpool – it’s all included alongside the thwarting of planet-smashing menaces.

Like Emily Dickinson’s 1,800 poems or all of rock music, it’s a body of work so huge that of you look into it long enough you see yourself looking back.

There are other universes now – it has become a handy term for any cultural production with multiple interrelated series: the Buffyverse, the Whoniverse, the Potterverse. The makers of recent Netflix shows Riverdale and Sabrina have the ‘universe’ aspect plumbed in from the outset.

Maybe this stuff has become so pervasive that it is leaking out into real life, and we all live in a ‘Marvel Universe’ of some kind, where multiple stories intersect to make each episode of our existence. Living in a comic-book-style Universe could suck: simplistic worldviews, magical thinking, manufactured spectacle forged in the image-mills of the big business entertainment complex. And/or it could be awesome: creating your own identities, living adventurously, exploring endless possibilities. It all depends how you choose to play the game: ‘with great power comes great responsibility’.

Comics are one of the last places where culture can speak, without irony, of classical virtues – courage, wisdom, justice. Dressed up in carnival outfits, overblown like opera, heroism is still a thing in the Marvel Universe – which makes it in a way more realistic, and useful, than a lot of proper literature and high culture. Realistic – not because good actually overcomes evil all the time, but because people keep on trying. And useful, because at some point all but the most fortunate people will face the absolutely unbearable and absolutely have to bear it.

Myths like Stan’s Marvel creations, told round the global taletelling campfire of TV, movies and comic books, are about how humans face those unbearable situations, taking care of business with hope and dignity.

So to mourn Stan Lee is to mourn a key initiator and enabler of a vast, intricate and hopeful fictional universe – populated with thousand of characters and participated in by millions. Yet – and here’s the beauty of it – it is all the same story. A story with many beginnings but no ending. Whether it’s a comic-book fan scarfing down the latest issues, a cinemagoer experiencing the Afrofuturist world of The Black Panther for a couple of hours, or a kid in a Spidey outfit pretending to shoot webs at baddies in their back garden, it’s all one tale, linking to every other part, an ever-continuing epic where transformation is shown as endlessly, beautifully possible.