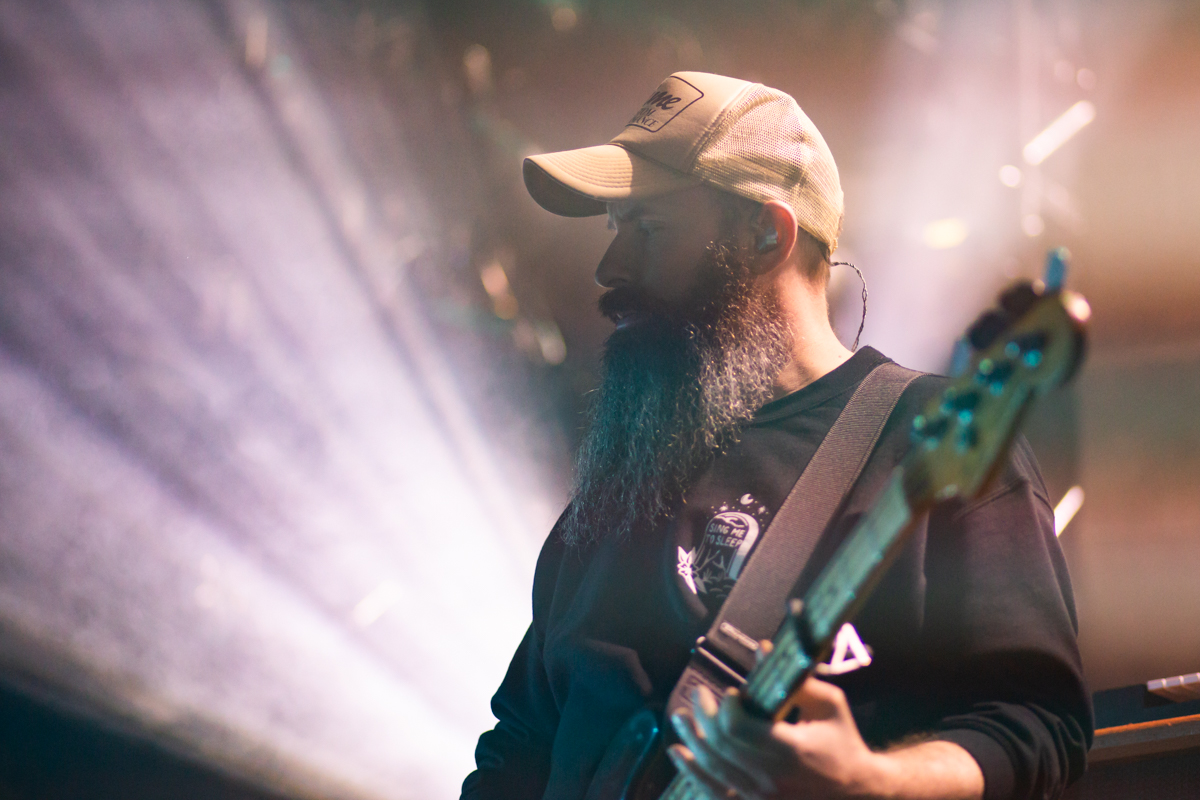 Titans of post rock Mogwai bring their noise to Liverpool Olympia and Getintothis’ Banjo gets blown away.

When Mogwai first burst onto the music scene in the mid 90s, the world was a very different place. Indie had finally made it overground and songs with big, easy choruses were the vogue.

Then, somehow, along came Mogwai, swerving the zeitgeist and with a fearless approach to making the music they wanted to, regardless of which way the wind may have been blowing at the time.   Over 20 years later, they are not only continuing to make this music, but they are now one of the most consistent bands of recent years, still releasing brilliant, challenging and intriguing albums. This year alone has seen two albums – the incredible Every Country’s Sun and soundtrack album Kin.

The Olympia is positively buzzing tonight. Mogwai have not played Liverpool for many years and their return is much anticipated.

Support tonight comes from The Twilight Sad, who have been with us for so long that their debut long player was awarded album of the year by Teletext (remember that?). That they have not made it above support band status is proof, were any still needed, that the world in general, and the music business in particular, is not fair.

Singer James Graham is a compelling frontman, with a confident stage persona and electric shock dancing.  Opener Badlands sets the tone, as a Fender Mustang guitar and a spartan drum beat come together and, slowly, a song is built up around them.

Andy MacFarlane coaxes strange sounds out of his guitar, his reliance and the tremolo arm, drawing comparisons with the My Bloody Valentine school of noise squalls.

If I were to look for a criticism, it is that a lot of Twilight Sad songs seem to lack a killer hook and, seeing them live, there set seems to plateau a little.  This is nitpicking though, and those who turned up to see them give them a rapturous welcome.

Mogwai take to the stage with no fanfare, apparently being happy to let their music be the star of the show.  They stroll onto the stage with little more than a ‘Hello Liverpool’,  But once they start to play, all thoughts of Mogwai being unassuming shy types are vanished. The music they make is huge, in both sound and scope, and the audience’s initial reaction is one of astonishment.

Starting with Heard About You, Mogwai quickly establish that they are loud!  Live they are felt as much as heard, their music being as physical as it is aural.  Huge slabs of sound hit you full in the chest, the floor vibrates and tonight transcends being merely a gig and becomes an assault course for the senses.  A quick visit to the bar provides little relief, as the bar itself vibrates to Mogwai‘s onslaught.

But if all this gives the impression that Mogwai are all about noise and attack, they somehow manage to mix subtlety with strength.  Their songs ebb and flow over the audience, one minute delicate and slender, the next roaring and expansive. During the quieter moments, the audience are silent and transfixed, totally tuned in to what’s happening. These quieter sections only serve to throw Mogwai’s bursts of ferocious noise into sharp relief when the songs turn and both the volume and intensity ratchet up.

It is no surprise that Mogwai‘s last album was a soundtrack; the music they make is widescreen and epic.  Second song I’m Jim Morrison I’m Dead again shakes the Olympia to its core.

When Stuart Braithwaite sings, which admittedly isn’t often, his vocals are used more for adding further texture to a song than imparting any lyrical wisdom, his voice instead merging into the song to become part of a larger whole.

Mogwai are as much about effect and atmosphere as they are about music; they do not make a traditional noise.  Guitars, keyboard and bass mesh together and play against each other. Despite the amount of noise Mogwai generate, their songs still have room to breathe, for all the instruments to be heard. There is no grandstanding here, egos are not part of their aesthetic, In Mogwai world, the song is everything.

Mogwai’s strength lies not in their ability to pummel an audience into submission, but in the way they can build a song up from a whisper to a tower of sound.  Bruised but not bowed, we cheer for a band who are still making music on their own terms.  And thank god for that. 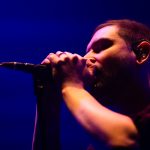 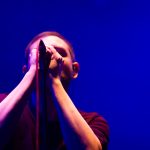 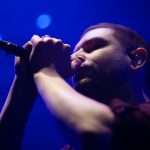 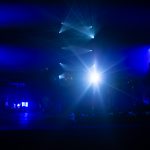 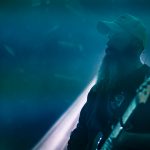 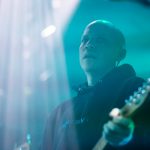 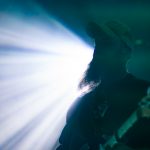 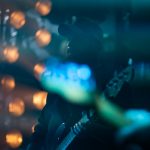 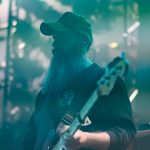 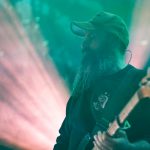 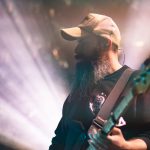 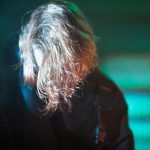