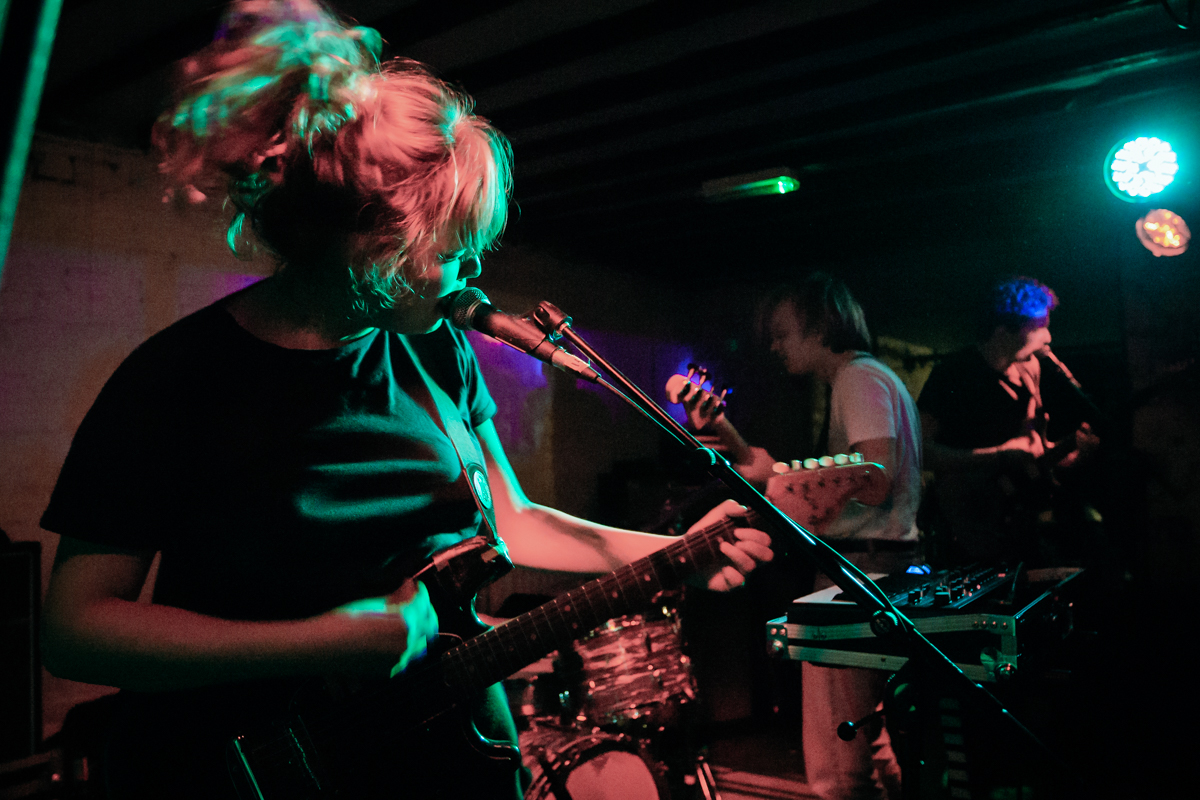 Pip Blom brought a supersonic set to The Shipping Forecast and Getintothis’ Lucy McLachlan witnessed them on the cusp of greatness.

Back in the gloomy green tinged depths of the Shipping Forecast.  We forget how dark it gets down here having been to some brighter shows lately.  But Pip Blom certainly brought some sunshine into the blackness.

It’s been an amazing week for the Amsterdam quartet, signing to Heavenly Records just days before their Liverpool show so the gig was going to be highly anticipated and showing a lot of interest.

Charity Shop Pop are up first, singer David Hughes creates all the music from his bedroom on equipment unearthed from charity shops. Wearing a cosy woolly jumper he’s got a backing track that sounds like the poppy side of The Cure and a guitar with minimal effects.  ‘This is a bop’ he announces before his last song, which is surf guitar sunshine pop with a tinge of the 80s.  The whole set is charming and cuddly, naaaaw.

Bill Nickson is up next with a swoony guitar sound that’s come straight from J Mascis or even Deerhunter.  He’s come equipped with a Merseyside supergroup featuring Jo Mary’s Sam Warren on drums sporting an excellent ‘Total eclipse of the S*n‘ t shirt and Merseyrail Soundstation winner Dan Astles on bass. Bill brings some dreamy sounds which his vocals blend into, it’s all very Dinosaur Jnr and it’s incredible to listen to.

Never seen a drummer hit a snare with more vitriol than i did tonight.@Pipblom lightened my evening significantly.
Fantastic 40 mins of utter delight.

Pip Blom bounce onstage and immediately launch into a quick fire set of pop tune after pop tune. There’s a decent crowd and everyone’s crammed in front of the tiny stage to get a look in on the next big thing.

New EP Paycheck gets blasted out at top speed, their songs played live seem ten times louder, faster and more raucous and that’s no criticism from us.  With singer Pip Blom‘s ponytail swishing around and drummer Gini Cameron‘s frantic drumming leave us out of breath just watching the set.

We can hear hints of Kathleen Hanna shouting out the vocals and at other times the Deal sister’s harmonies.  There’s a lo-fi distorted guitar riff that reminds us of Le Tigre‘s Eau D’Bedroom Dancing and beats that sound straight out of the Dandy Warhols‘ Come Down era.

All in all it’s a fun show, the whole room is bouncing along as much as the band.  Pip Blom tell us the first gig they played outside of the Netherlands was at Maguires Pizza Bar and now they’re back in Liverpool just after signing their record deal.

We’re guessing the next time Pip Blom are back in Liverpool it won’t be in a tiny dark basement. 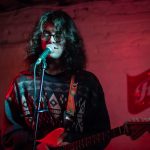 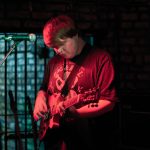 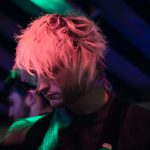 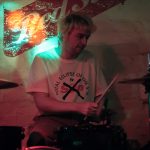 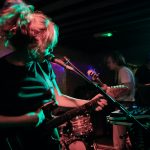 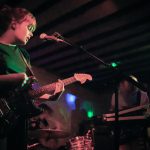 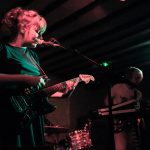 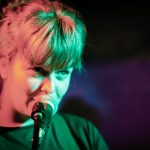