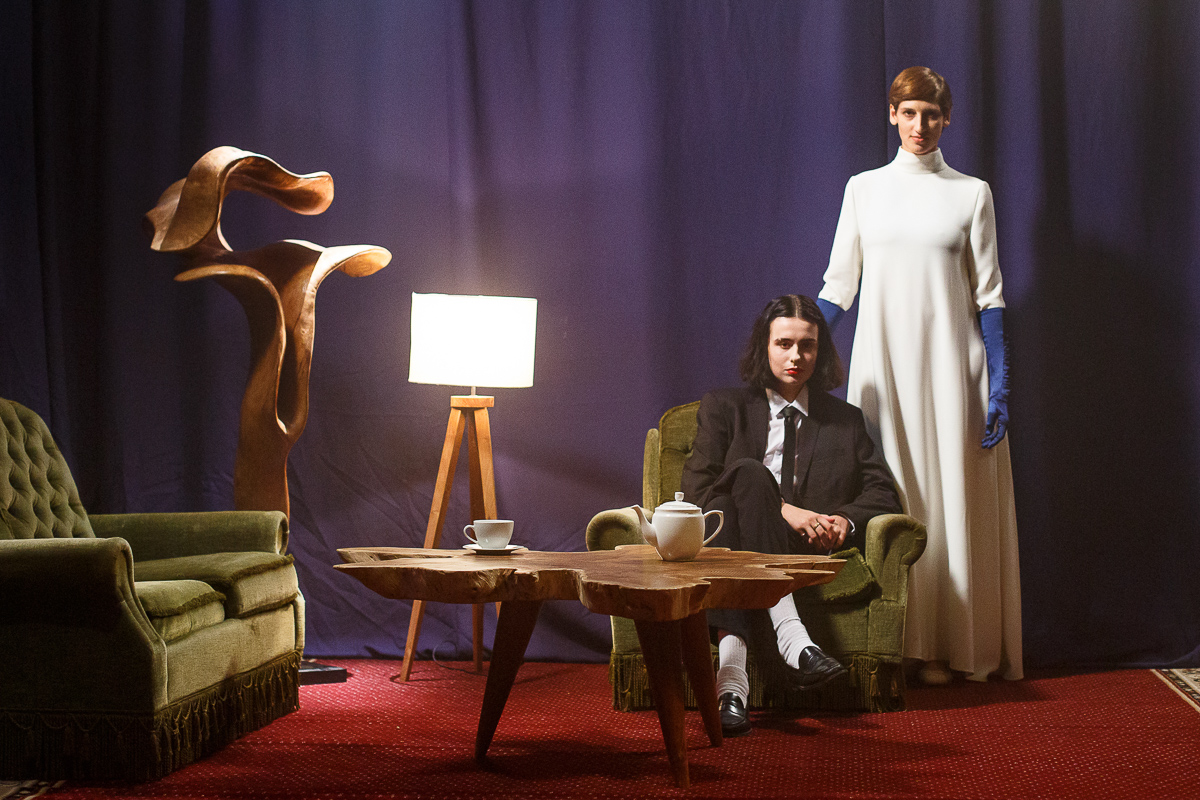 An international flavour to this week’s new releases featuring acts from the US, Germany and Lithuania Getintothis’ Michael Maloney has the latest.

The Lithuanian outfit return with a single in their native language.

Unfortunately, I don’t speak Lithuanian so I can’t comment on the lyrics but from a purely musical point of view, this is a fantastically sweeping hypnotic song.

Leisurely drums and guitar swirl around a repetitive scale building guitar riff which create a dream-like atmosphere while vocalist Šarukas Joneiki’s alluring voice is reminiscent of Beach House’s Victoria Legrand. It’s a suave piece of European music that if it were a person it would no doubt be wearing a turtleneck shirt while elegantly smoking a roll-up in some underground speakeasy.

I just wish I knew what they were singing about.

Black Doldrums: There Is No Eye

London duo Black Doldrums unleash their lead single from the Sad Paradise EP with a wall of sound of droning guitars and pounding drums which recalls Black Rebel Motorcycle Club and My Bloody Valentine.

Clocking in at over 7 minutes There is no Eye is an epic that builds up and up before crashing out into a wave of reverb. Singer Kevin Gabbard’s vocals echo around the song but they take a backseat to the driving guitars and pounding drums that take centre stage as they relentless pull the song forward.

With vocals that bring to mind Death Cab for Cutie’s Ben Gibbard and bittersweet lyrics to match, you can’t help but be charmed by Oh Atrophy.

Opening with a crescendo before a loud/quiet dynamic that builds up to a chorus where the vocals harmonise perfectly and the additional keyboard offers an extra layer to the song in between the guitars.

It’s good to know there are bands out there making this type of music.

I’ll be honest when I saw the line ‘German sound artist’ in the email that accompanied this song I felt a pang of dread as every possible stereotype of what I thought this was going to sound like entered my head.

Although it does live up to some preconceptions I have to admit, I did enjoy allowing Lethe to wash over me. As the repeating cymbals and crashing sounds faded in and became the rhythmic heart of the track out in the background off-kilter instruments began to create a surreal soundscape that felt otherworldly and sinister, like a Lynchian dream.

The Room in the Wood: Mars (Won’t Save Us)

A new single and EP from elder statesmen of the Liverpool music scene. Dave Jackson and Paul Cavanagh first came together in the post-punk band The Room and after working on various other projects including Benny Profane and The Dead Cowboys have now returned as The Room in the Wood.

Mars (Won’t Save Us) from the Mars EP has the vibes of the 00s Scouse scene (a-la The Coral and The Zutons). First, there’s that catchy guitar riff which sounds so familiar and leaves you still humming it after the song has finished. Then there’s the matter of fact lyrics “Mars won’t save us, Mars has no air” which is an obvious observation that is delivered in a deadpan way that it’s borderline humorous it’s reminiscent of deadpan lyrics by the likes Space’s Tommy Scott.

The pulsating beats grab you and pull you through this track, while Youth Code’s Sara Taylor screams with hardcore fury. The song’s break lulls you into a false sense of security with the serene vocals allowing you to catch your breath but only momentarily before the hammering beats grab you once again and pull you back under.

A synth hit soaked in 80s nostalgia from the robe wearing Mega Emotion.

With shades of Desire and Robyn, this melancholic dance track has you moving instantly with its electronic beat, looping synths and gritty guitars. The vocals weigh heavy with longing and desire which gives the song an emotional edge of teenage heartbreak that helps to elevate it above your average dance track.

The perfect combination right here as Fenne Lily whose sound has been influenced by Warpaint gets her song reimagined by one of her influencers. TT doesn’t so much as reimagine the track but embellish what’s already there.

Lily’s vocals are overdubbed and sparse beats create an ethereal atmosphere. It’s all about the vocals in this remix as the electronic flourishes amply the haunting lyrics, fading away completely in the middle as Lily sings ‘”hough I sleep alone, I don’t walk alone” highlighting her complete isolation.

A burst of melodic indie pop from the Merseyside outskirts of Ormskirk.

Sun-drenched jangling guitars create a feel-good, carefree mood which you can’t help but smile too. Singer-songwriter Dave Hughes soft voice creates an intimate and friendly vibe to the song which happily bounces along.

It’s a song perfect for summer; sunshine and beers in the park, it’s just a shame it’s come out as we head into the depths of winter.

Hanover sits alongside the likes of The 1975 and Years and Years with their synth-heavy sound and rousing choruses. So it comes as no surprise that Vices is a well-polished track with great production values, that has mainstream appeal. From the off, pulsing synths build up before exploding into a wall of noise in the chorus which sees the vocals cried out in an epic fashion.

Hanover are clearly an astute band who know how to write a pop tune that feels modern, fresh and youthful, it wouldn’t be a surprise if this being played a student club nights across the country in the coming months.