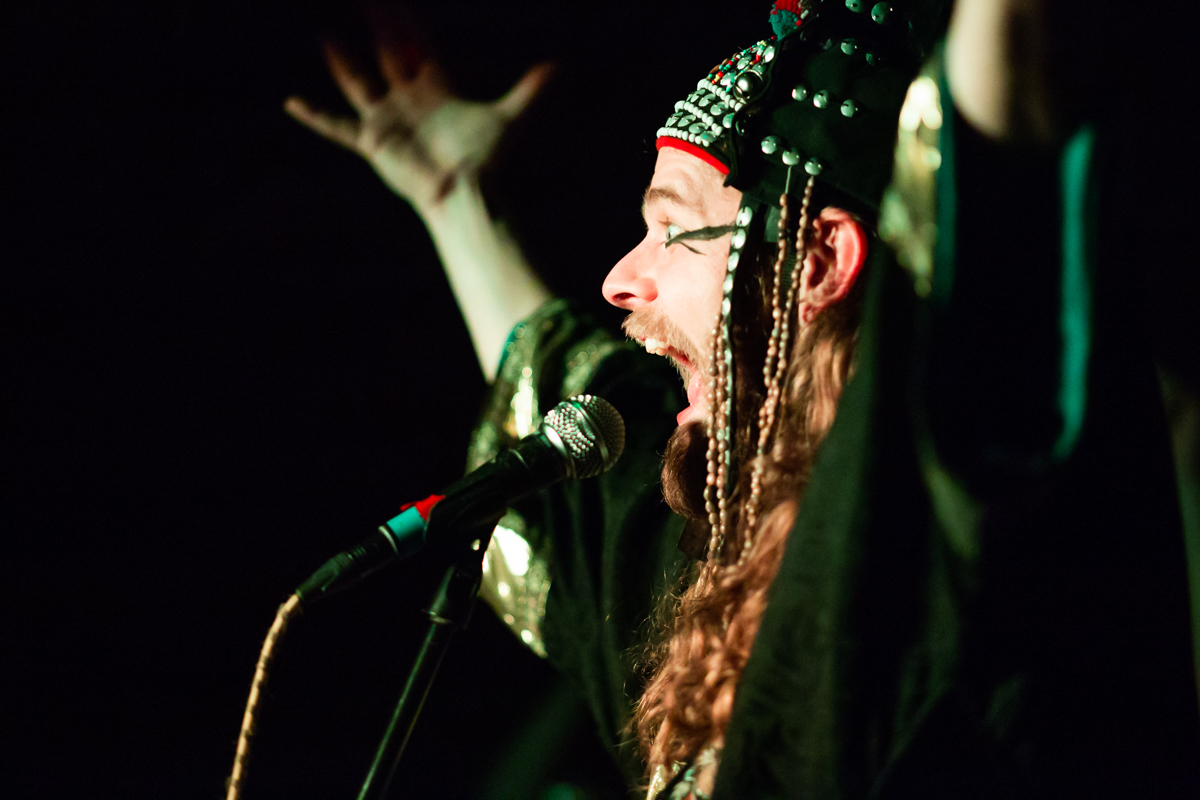 Henge brought their gift of Cosmic Dross to EBGBs in support of their new album, Attention Earth! and Getintothis’ Peter Goodbody was there for an out of body experience.

According to Wikipedia, “the word henge refers to a particular type of earthwork of the Neolithic period, typically consisting of a roughly circular or oval-shaped bank with an internal ditch surrounding a central flat area of more than 20m in diameter. There is typically little if any evidence of occupation in a henge, although they may contain ritual structures such as stone circles, timber circles and coves.”

On the other hand, the version of Henge who turned up at EBGBs tonight are here to bring us Cosmic Dross, to exhort us to love and dance and thence, to colonise space. They are very much occupied.

From the neolithic past to the cosmic future, the Henge message, whatever it may mean in reality (does such a thing exist in their world?), was shouted out loud and with passion in this packed out gig.

As we walked into EBGBs basement, just before the first support started, the first thing we noticed was that Paddy Steer appeared to have brought the innards of a space ship with him. There were all manner of machines, boxes of electronics and things with dials and switches on them. 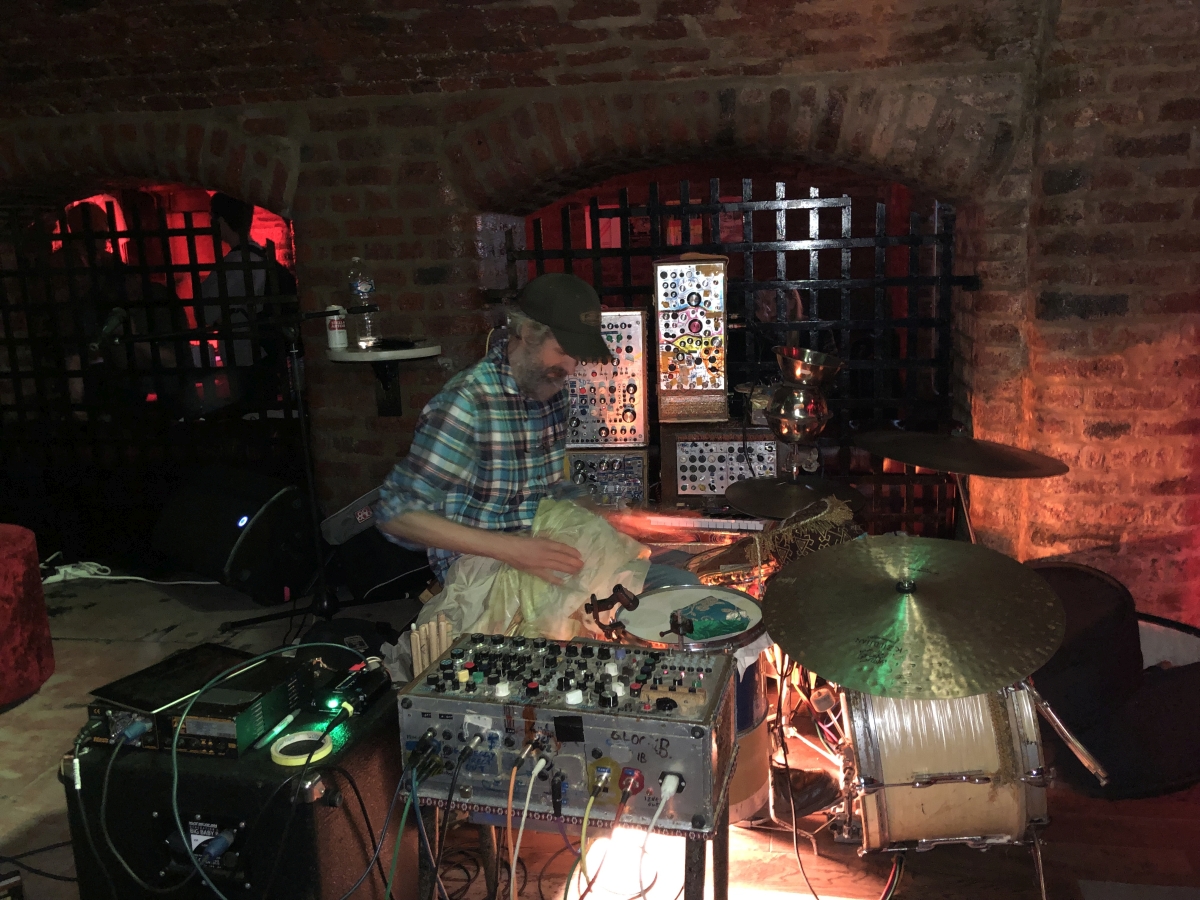 This wasn’t just the oversized pedal board and a few synths that seem to be the gear for lots of bands we’ve seen recently. This was a complete raid of NASA’s spare parts bin. There was so much stuff, the only place to store it was in the main room in front of the stage.

We’d assumed this gear would get moved onto the stage after the first support, but then Paddy climbed aboard the drum stool, donned his cape and illuminated crash helmet and set about making all manner of weird noises. Yup, we did just say that.

We soon realised, we’re the only person here who has never seen Paddy Steer perform. How does that happen?

The audience was well up for this and the room was getting fuller and bouncier as the set went on.

Paddy’s clandestine NASA raid was proving to have been a smart idea. His self built amps, modulators and, fuck knows what else was going on, had the crowd dancing along to his eccentricities.

Inevitably, perhaps there was an electronic malfunction towards the end as something fizzed and hissed at him. “Not sure I want to touch that. That’s a fix for later”.

Undeterred, Paddy just carried on, as did the dancing . We need to be more like Paddy.

In a remarkably quick turnaround, Paddy’s stuff was packed away and it was time for the main act.

Just before we get to Henge, though, Dan Disgrace had kicked off the evening with some laid back west coast surf psych. It was cool, and any other night we’d have been impressed, but quite frankly in this company, they were outclassed. It was probably the wrong bill for them. They weren’t anywhere near weird enough. And if Paddy Steer was weird, then the weird-ometer was about to ramp up to 11.

“Greetings humans, we are Henge“.

And so it started. There was an alien keyboard player (Goo), a green felt mask wearing drummer (Nom), a relativity normal (in this company) looking child of the 60s on a second keyboard (Grok) and then the star of the show who came bedecked in a rather fetching kaftan and a headdress with an illuminated orb on top (Zpor).

The crowd was loving this and we could feel the floor flexing beneath us. The band likes to call its gigs “Ravelings”. Whatever this was it was less gig and more performance. There are plenty of bands who sell themselves on theatre more than their music – creating an alternative on stage persona. Some do it better (Evil Blizzard) than others (Dirt Box Disco).

We’re putting Henge in the former category. This was a feel good happening and EBGBs was fully buying into it.

The music really does take second place though. We downloaded a copy of the new album – Attention Earth! – before we came out tonight. It’s fine, eclectic, a kind of psych dance crossover that’s probably deliberately refusing to be put into any one camp or another.

Live, however, this is a very different thing and it’s really about shared experiences and just having a good time.

What Henge do well is to bring a collection of people together and share some love. You only needed to see the massive grin on Zpor’s face to understand that. He was gathering his tribe and together we’re all off to colonise space.

We’ll be along just as soon as we’ve teamed up with Paddy Steer to build a space ship. 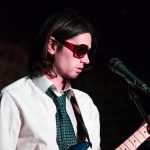 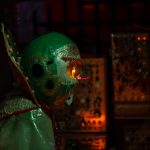 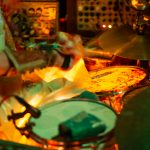 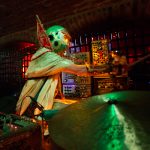 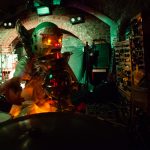 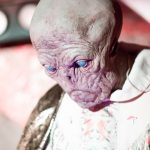 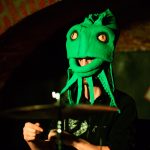 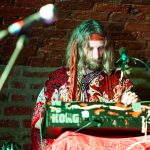 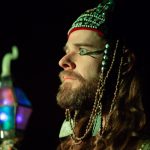 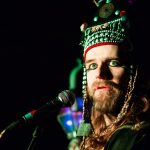 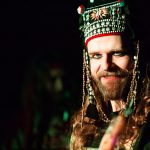 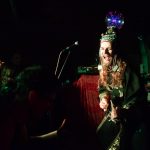 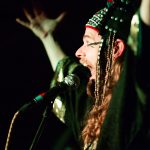 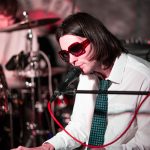