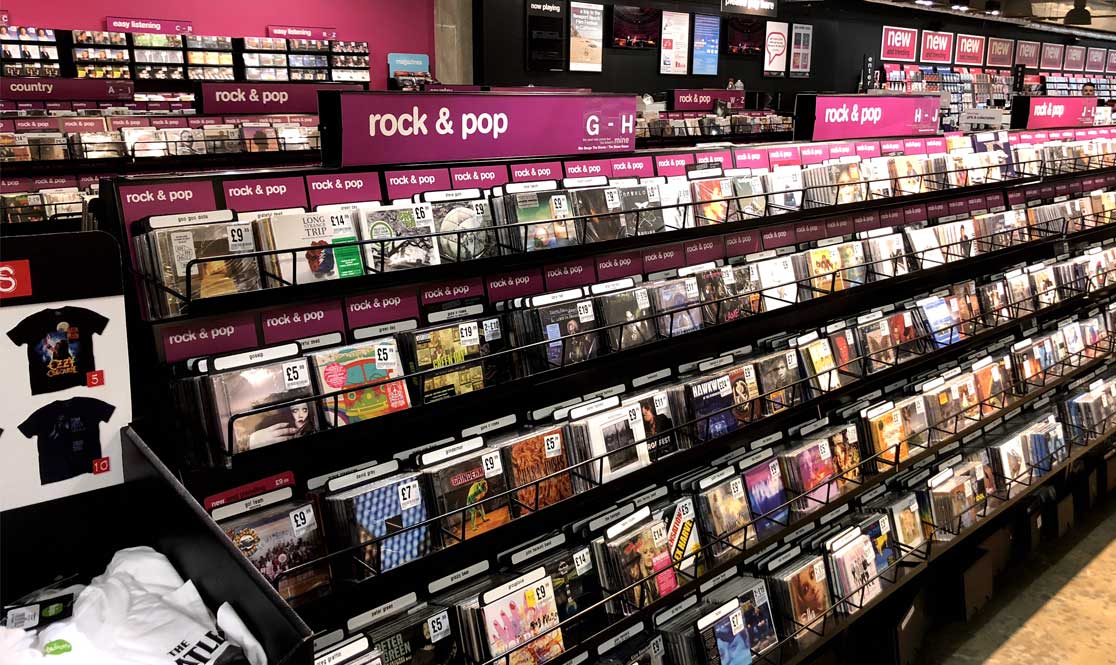 HMV in Liverpool ONE

HMV has called in KPMG as administrators, a move which involves 2,200 staff at 125 stores.

Owners Hilco, which took the company out of its first administration in 2013, blamed a ‘tsunami’ of retail challenges, including business rate levels and the move to digital.

It said the stores would continue to trade while negotiations were held with major suppliers and it looked for buyers.

It’s been a torrid 12 months for high street shops, with chains closing completely and other big names announcing store closures.

So sad and also angry to hear #hmv is going down. I shopped there rather than Amazon again this Christmas. Soon no music on sale in the high street. What a loss. pic.twitter.com/kzuo868VRO

Paul McGowan, executive chairman of HMV and its owner Hilco Capital, said: “Even an exceptionally well-run and much-loved business such as HMV cannot withstand the tsunami of challenges facing UK retailers over the last 12 months on top of such a dramatic change in consumer behaviour in the entertainment market.”

He pointed out HMV sold 31% of all physical music in the UK in 2018 and 23% of all DVD and Blu-ray, with its market share growing month by month throughout the year.

I don't like the idea of HMV closing. I like having actual physical media that I can own independent of the whims of a multi-national tech company.

HMV going into administration is dire news for indie retailers too!

The less demand there is for new vinyl to be pressed to stock shelves the more it'll cost us indies to buy in, the more labels will skip us and sell direct to consumer and ultimately the more you'd have to pay!

Getintothis comment: HMV going into administration is sad but unsurprising. As a big music fan we’ve perhaps visited the Liverpool ONE shop little more than a dozen times this year – and actually bought music there even less. Vinyl is overpriced and CDs still too expensive to compete with their online equivalent. That said, HMV remains one of the only places to peruse – or buy – specialist music products. There’s little (or no) place to buy metal, experimental dance or hip hop titles on the high street. Sure, independent record shops like Probe and Dig Vinyl are our preferred places to shop for music – but neither stock brand new titles we’ve listed above. Similarly, the experience of record shopping is one we like to still indulge in. The loss of HMV would be huge – not just to us the music fan – but the many staff who work across the country; it’s not lost on us that many musicians work in HMV shops across the country – in Liverpool alone members of Space, The Sundowners, Little Flames, Sunstack Jones and others have worked in HMV as sales assistants. If the high street loses HMV it’ll be a sad day for music fans. – Peter Guy, Getintothis editor