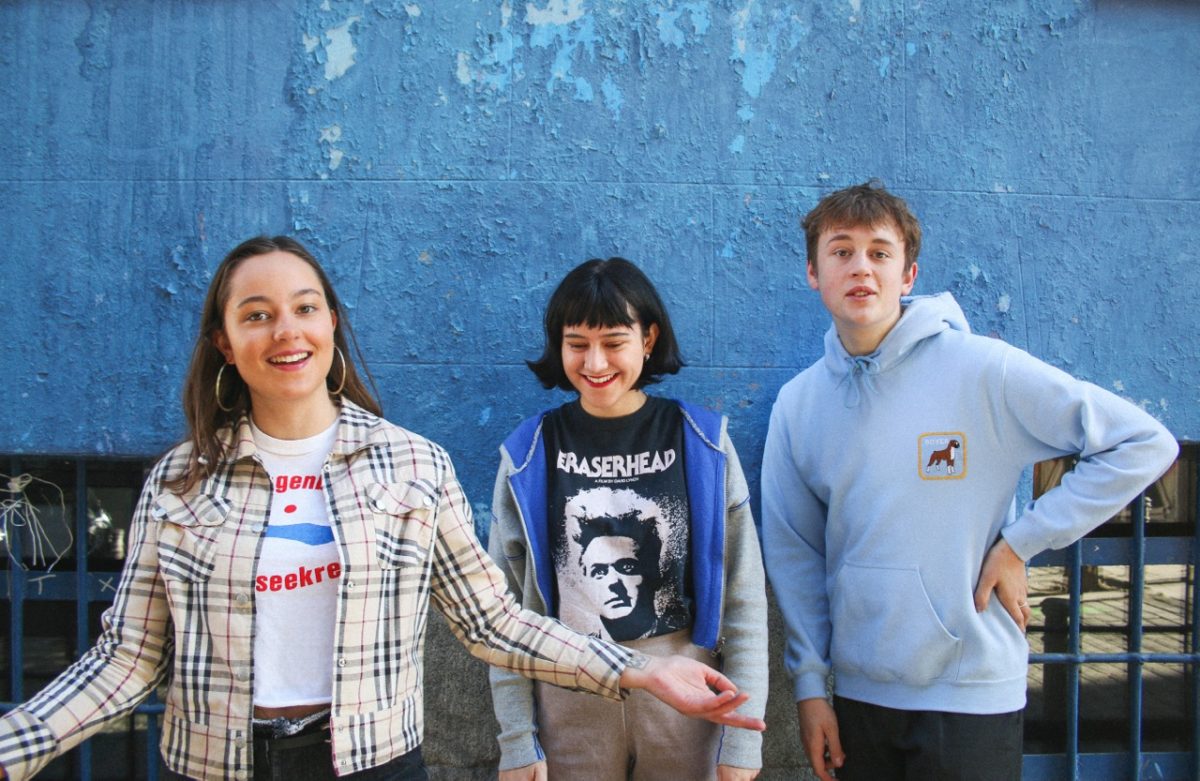 Halifax favourites The Orielles have had a whirlwind of a year. Getintothis’ Luke Halls catches up with drummer Sidonie B Hand-Halford.

The disco-punk band released their debut record Silver Dollar Moment on Heavenly Recordings in February, now shortlisted as a BBC Radio 6 Music Album of the Year 2018.

The Orielles have since toured internationally to widespread critical claim. Closing the year with a new single – Bobbi’s Second World – and a scattering of UK dates including a date this Friday (December 6) at Invisible Wind Factory.

Getintothis: We’re coming to the end of 2018, which has been a pretty incredible year for you guys. How has life changed for you since your debut album came out?

‘Yeah, it’s been a really exciting year for us to say the least. We’ve certainly become a lot busier! spending most days doing something band related whether that be gigging, rehearsing or doing press related things. I guess we get recognised a bit more nowadays too, which is still weird for us of course.

Particularly when i go back to see my family or friends in Halifax, because it’s such a small town and I guess we are one of the few bands to come from there, it can be quite bizarre and full on being stopped a lot to chat. Having said that, it’s super nice that the people of Halifax are supporting us and are proud of what we have achieved.’

Getintothis: You’ve toured extensively over the last 12 months. Where would you say has been your favourite stop off, and why?

‘Our European tour was probably a highlight personally. The whole tour was so much fun! We made a bunch of new friends and also bumped into old friends which was nice. Utrecht was a special one for sure. The city, the venue, the show… everything about that night was dreamy!

The city is so pretty and everyone so friendly, we also bumped into our mates in The Magic Gang there ‘cos they were playing the city the same night so we hung out with them until the early hours when the venue finally asked us to leave the backstage room haha. We have just booked to go back actually, for a little holiday with our mates to see two of our favourite bands, Khruangbin and Altin Gün.’

Getintothis: You guys recently added Alex (Stephens, otherwise known as Strawberry Guy) on keys. What’s the story behind him joining the band?

‘So I first met Alex about a year and a half ago, just through friends and through the music scene in Liverpool. We became really good friends and jammed together a little bit. Then, after recording our album, we realised that we had added a bunch of keys and synth parts to the songs that we wanted to be replicated in a live environment so started to think about getting another member. Alex was the obvious choice.’

‘Honestly, it has been a very natural shift and something we haven’t thought consciously about. It’s just happened through our love of dance music and our boredom with guitar bands sadly. We still listen to a lot of indie stuff but primarily our tastes lie in more wider genres like a lot of world music, dance and post-punk. The main inspirations behind the track were Dera Yildrim, Tom Tom Club, The B-52s, Dee-lite, Metronomy and Stereolab.’

Getintothis: Its B-side is a cover of Korean DJ Peggy Gou’s track It Makes You Forget (Itgehane). On what basis did you choose to cover this?

‘In a time dominated by male-fronted guitar bands, this track was like a breath of fresh air to hear on the radio and really made us stop and listen, and then dance! It’s tight that a female musician from Korea is hitting the big time and it’s truly deserved. After listening incessantly, we started to picture the main hooks and riffs of the track being played on different instruments. For example the cowbell/agogô melody we replicated on the guitar.

We kind of hit a bit of a barrier when deciding what to do about the vocals. We were torn between keeping the lyrics in Korean or translating them to English, of course we wanted the authenticity of the track to still be there, however didn’t want to ruin the emotion by getting pronunciation wrong etc. After having the lyrics translated by a friend, we found that they translated really nicely and the lyrics were really beautiful, so we wanted listeners and fans of Peggy‘s track to hear the song in a new way and consider the lyrics. The juxtaposition between the dance/electronic instrumentation and the poignantly emotional lyrics is something we really admired and wanted to draw peoples attention to.

We had a lot of fun recording the track as we could really go nuts with the production and added weird filters and synthy stuff that we wouldn’t usually. We decided to be pretty free and lenient with the structure of the track too, so we pretty much improvised the whole thing, each take we did was way different. I think this makes the final version more exciting.’

Getintothis: In this same train of thought, you guys have recently had your first club night at Heaven in London, called Disco Wrists, with two more on the way by the end of the year. Do you feel there’s a big artistic distinction between playing live and DJing? Do you approach these two differently?

‘That’s a good question! I think there are loads of bands nowadays that get hired for DJ sets so it’s kind of becoming slightly insignificant as fans will attend just to be in the same room as their favourite musician or whatever, and sometimes people will just play music from a laptop on Spotify or something similar. However, we try to take it seriously and we’ve been learning how to DJ properly, so we’re certainly getting better. We’re no Peggy Gou yet though!

Our first night in London felt really special, it felt like the Hacienda or something, not in a big headed kinda way, but more like the people that came out to boogie were there for the good tunes and good vibes and it felt like a really special scene. I definitely find that DJ’ing makes me more nervous, maybe just because I’m way less experienced and so the thought of things going wrong still frightens me a bit. In this sense I guess I approach the two performances differently, yeah! I mentally prepare more for a DJ set than I do a live show ‘cos with live it’s second nature to me now.’

Getintothis: The Invisible Wind Factory show is going to be your largest in Liverpool to date. Do you still see the same faces in the crowd every time you come back? Has the audience changed much over the years?

Yeah our biggest headliner in Liverpool for sure! It’s nice to see familiar faces wherever we go and it’s still humbling knowing that people are still into us and are willing to pay to come and see us play. It’s equally as nice seeing the crowd grow with every visit too! I’d say now that we have a lot more radio support and in particular BBC Radio 6 Music, our crowd has changed slightly and we can always spot a ‘Radio 6-er’ in the crowd, gotta love em!’

Getintothis: What’s 2019 looking like for you guys? Can we expect new material next year?

‘Writing and recording mainly! We have a bunch of new stuff ready to record and we’re also feeling very inspired currently so are writing in our own time and bringing loads of ideas to practices when we see each other. We have a tour in February and we’re hitting a load of places we missed this year so that will be fun. Hopefully some overseas shows later on in 2019 too.’

The Orielles play The Invisible Wind Factory on Friday, December 8.