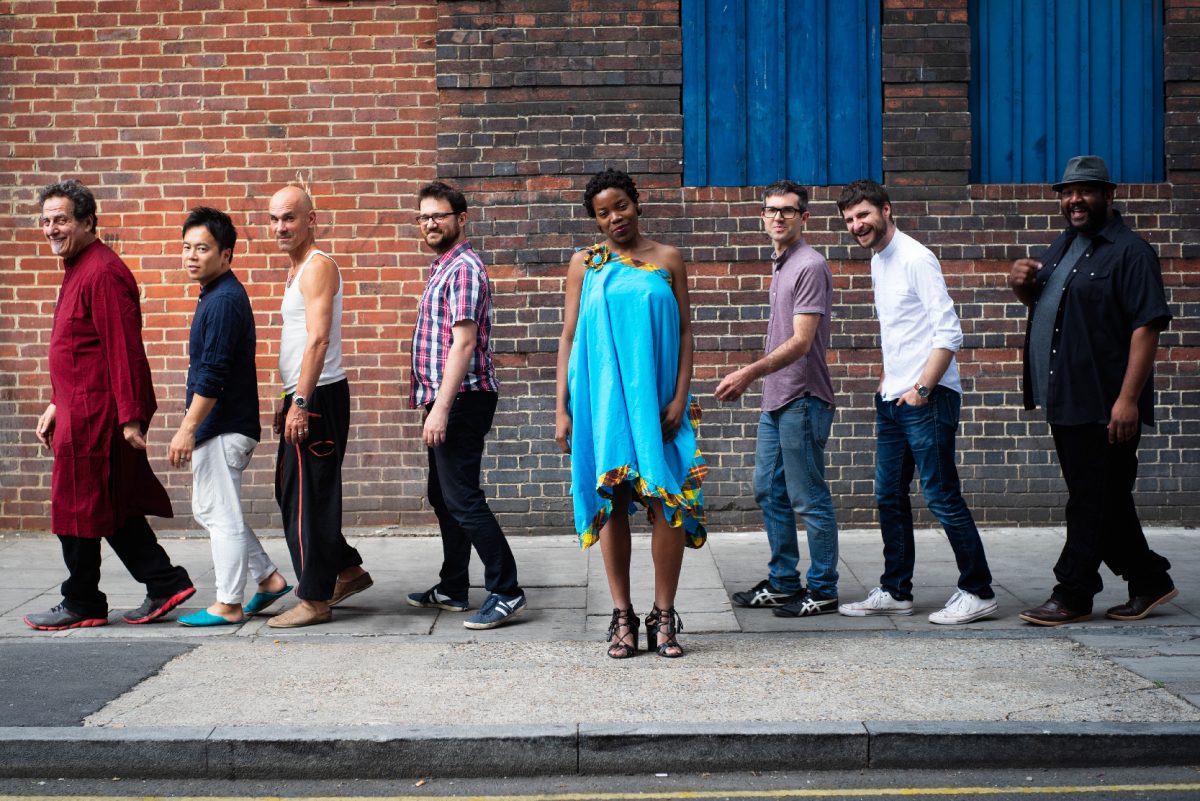 Bokante are serious ones to watch in Liverpool this year

Parrjazz lead the way on bringing innovative jazz to Liverpool, Getintothis’ Jelly Roll Parker chats to one of 2019’s big bookings Bokante ahead of their Jacaranda Phase One gig.

It’s been quite a year for jazz in Liverpool and it just gets better.

The breadth and variety of musical virtuosity visiting the city on a near weekly basis is testament to a variety of promoters bringing the goods to the city. And with the likes of Samurai Kip, Blurred Sun Band and more operating on our doorstep, the jazz revival is seemingly in full swing.

And things are about to be ramped up even further with the arrival of Michael League.

The Brooklyn-based, three-time Grammy Award-winning bass player, composer and band-leader for Snarky Puppy and Bokanté plus founder of GroundUP Music.

He’s a tough guy to get hold of and interview, but Getintothis managed it through League’s links to Liverpool’s Parrjazz. Here’s what went down… 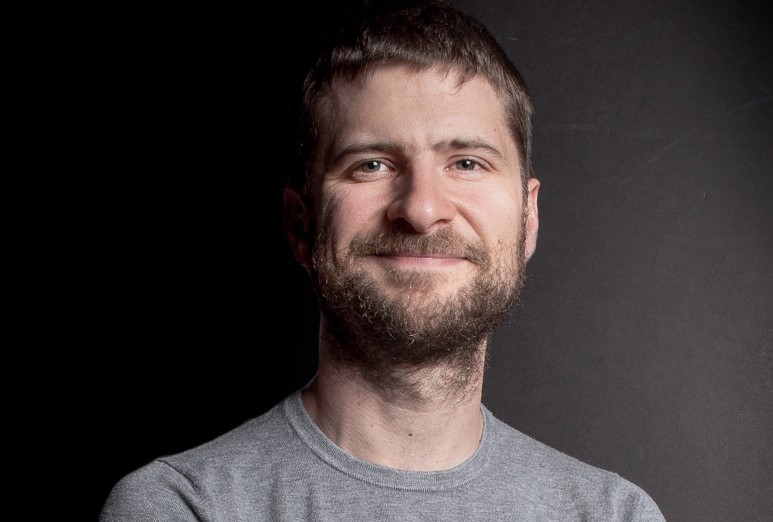 Getintothis: Geni Lamb from Parrjazz first had a very informal Skype conversation with you many years back, and it ended up with a sort of informal agreement for you to come over. Then you and Snarky Puppy played an absolutely brilliant gig and workshop. I think you’ve been in Liverpool three times now: twice with Snarky and once with Bill Laurance Project?

Getintothis: Do you manage, with all this going on with Bokanté, with your music, record label, and the whole GroundUp thing, to get enough time to play? Or is all that other stuff taking over?

ML: Actually, you know, for the first time ever this month, I’ve gotten to a place where I’ve been on tour but I brought an instrument with me and yeah, I’ve had time to practice every day for a little bit , you know, if it’s just like 30 minutes, and, things are getting to a nice space, mostly because there are other people who are running things.

Getintothis: So, it’s sustainable, you’ve got a good team around you, you’re in a happy place?

Getintothis: I just wanted to ask you a question of your impressions of Liverpool when you were over here. And Parrjazz in particular. What was your feeling about the scene that was going on here?

ML: Oh man, I think Liverpool’s… first off it’s a fun place, I find that I always have a great time when I’m there, I feel like the attitude there, and the people, and the whole vibe is just, really, its got a lot of great positive energy, you know? People are warm and funny and I feel like you can’t really separate that from the concert experience.

It definitely kind of overflows into that, so that in all my times there, playing at Parrjazz or at the Kazimier or whatever, they always had this kind of fun energy. You know it was really nice, informal and just kind of warm. Really nice.

Getintothis: That’s lovely that you can say that. I think the Kazimier gig went so well that they’ve actually knocked it down now.

ML: I know I heard about that! It was a drag and I think that my last time there I had come down with the Norovirus or something, I played the gig sitting on a stool I was so ill, but I still had a good time.

Getintothis: Yeah, did anything come from that? Because you know, in this sort of dark, despairing situation, there’s normally a spark of creativity and its amazing how many good things come out of that, did you write any tunes off the back of it?

Getintothis: I don’t blame you. I’d like to ask you, this is a stock question really, about musical experiences and people who have been, you know, pivotal to you in your life as a musician. Can you give us a couple of real milestones, personal milestones for you?

ML: Like moments in the career you mean? What do you mean?

Getintothis: Yeah things that have really given you a push forward, that have inspired you and taken you into the direction in which you’ve now gone.

ML: Well I would say the first really big one was when we met this musician named Bernard Wright from Dallas, and, he was kind of a hero of many of ours, and he started playing with the band and he just opened up worlds to us both musically, mostly musically, but also introduced us to a lot of great musicians that now still play in the band like Shaun Martin and Bobby Sparks.

So, I think that was a big moment ‘cos the band’s musical direction shifted, stuff got a lot funkier, started to get more explorative, our concept kind of opened up, I would say that was the single biggest moment, you know. I think, when we won our first Grammy with Family Dinner Volume 1 that pushed us into a different zone career wise cos people started thinking of us not just as this kind of rag-tag group of former college students kind of schlepping around in a van but they started treating us with respect and that opened up a lot of possibilities you know?

I would say those were the two biggest moments, but there have been hundreds of moments where we felt like, wow, this has made an impact on us and inspired us and hopefully will propel us into a new space.

Getintothis: Yeah I mean, talking about people going through this sort of journey, are there people that you’ve seen recently, you know, individual artists or groups that really, you get that feeling that they’re really on the edge of something, and are really going to make it big, somebody that we wouldn’t have heard of in good old Liverpool yet that we should be keeping our eyes open for?

ML: I would say, are you hip to Moses Sumney? Are you aware of him?

ML: Okay so then, I’m sure you know who Julian Lage is? I think there’s a young, kind of pop and RnB songwriter guy named Cautious Clay that I feel is in a moment where people haven’t heard of him yet but they will. He is really serious, serious songwriting going on underneath a pop singer, you should check him.

Getintothis: Right, good tip, certainly will do that, that’s great. And finally, my last question, and this is just one of those out-there-ones, you know, a dream project for twenty years’ time, what would that be for you? Would it be in music? Would it be in another medium or something?

ML: Hmm, that’s interesting. I mean, we’ve been developing this music festival in Miami, GroundUp music festival that’s been soooo fun, and I think that, in 20 years, to be able to take that around the world as a tour would be a blast. I’d love that.

Getintothis: Wow, GroundUp on the road.

ML: Yeah that would be fun.

Getintothis: That would have to be in Liverpool, the first one (laughs)…

Getintothis: Do you want to pass any messages on to the people on the other side of the pond here?

ML: Just that I’m happy to be back and playing in Liverpool with a new band and I’m excited, I hope everybody digs it. 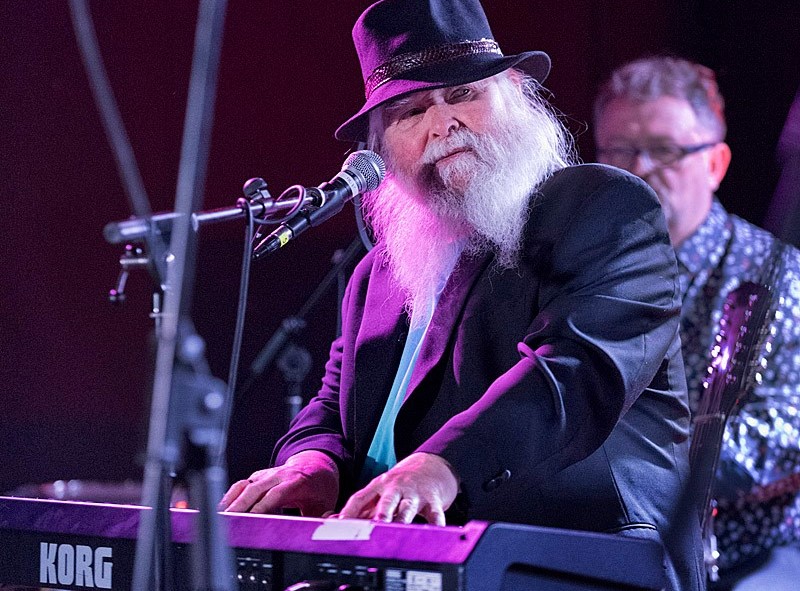 Meanwhile, the closing months of 2018 left us breathless with Baked A La Ska dazzling on Halloween. Sax heavyweights Benn Clatworthy (now Vegan Friendly) and Greg Abate took no prisoners in November, coolly countered by the Norwegian Eirik Svela and his group.

Then, the splendid new Jacaranda Records Phase One on Seel Street became the new Tuesday night home for Parrjazz.

Blind Monk Trio, featuring Misha Gray on keys, delivered a refreshing ‘Twixmas Party closing one of the finest years yet for jazz in Liverpool.

Full listings and tickets for all Parrjazz events here.