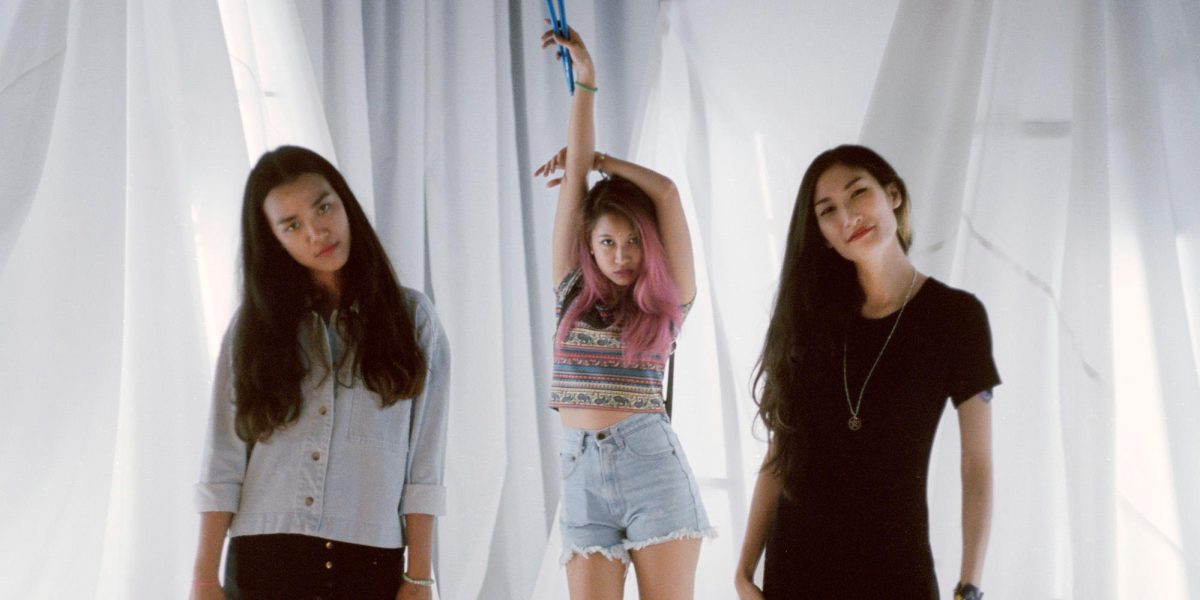 With the New Year still a few days old, Getintothis’ Michael Maloney rings in the new with a cast of international artists.

Like the New Year, I’ve circumnavigated the globe and crossed time zones, with the aim of bringing you a selection of some of the world’s finest sounds.

The one thing I always enjoy about listening to international artists is hearing them sing in their native language. At times it can be grating to hear foreign artists sing in English as they either adopt a fake American/English accent or they struggle with the translation.

Different languages take on rhythms different to ours and it’s always interesting to hear these new sounds and lyrical patterns. The other benefit (or loss depending on how you view it) of non-English music is that you can just enjoy listening to the music, as we can’t understand what they’re singing and so don’t feel the need to dig into the minutiae of every lyric trying to discover the songwriter’s intentions.

I’ve chosen three international acts that I’ve enjoyed listening to over the past year and one to look out for in 2019.  Hopefully you will love these as much as we do.

Yellow Fang prove there’s so much more to Bangkok than ladyboys and pad-thai. At the heart of the city’s creative scene, the female three-piece band consists of members Piyamas, Praewa and Pimporn. They’ve also been instrumental in bringing international acts such as Mac DeMarco and Unknown Mortal Orchestra to Bangkok… so yeah, they’re kind of a big deal.

Their sound takes in various elements of 90s music. There are the scratchy guitars synonymous of lo-fi and the distortion of shoegaze coupled with close harmonies of pop bands. When you hear that they’ve listed Nirvana and the Spice Girls amongst their influences, it all makes perfect sense when you listen to them.

Performing together since 2007 to date they’ve only released one album, The Greatest, but along with a plethora of singles, the next album can’t be far away.

Diron Animal was born and raised in Angola but now resides in Portugal. Previously the lead singer of the experimental band Throes + The Shine, he’s now forging ahead with his solo career.

Diron’s output is a melting pot of different sounds and eras; bringing together traditional African folk music, electronic production, catchy guitar hooks and thumping beats. Alongside all these elements, Diron sings in various languages including Portuguese, Kimbundu and English. The upbeat music plays off against the political nature of his lyrics which highlight corruption and injustices in Angola and around the world.

Diron’s debut, Alone, was released late last year on Soundway Records, who are great at promoting international artists here in the UK, amongst their roster of artists are Ibibio Sound Machine and Meridian Brothers.

The ensemble is a mix of Dutch and Turkish musicians, who formed when Rider and Verhulst fell in love with Turkish music after visiting the country.  Upon their return they went in search of Turkish artists to start a new band and thus Altın Gün was born.

It should be pointed out that the songs aren’t their own, Altın Gün are repurposing old Turkish standards. But they’re so much more than a covers band – they’ve injected a new lease of life into the songs, adding funky basslines, a dash of disco and seventies rock which all add to the feel-good vibes.

At times their music is reminiscent of psych-rockers GOAT. Their reworkings have opened up Turkish music to a whole new audience as well as engaging with the older generations who grew up on this music.

Their debut album, On, came out in March and they’re already planning to bring out a second album of reinterpreted Turkish standards.

A friend from Norway recommended girl in red and it’s easy to see why. The latest winner of Artes Urørt, the Norwegian equivalent of BBC introducing, girl in red (the moniker of 19-year-old Marie Ulven) is sure to break out in a big way in 2019.

girl in red’s repertoire is a mix of lo-fi and melancholy indie pop which brings to mind early Beach Fossils and Best Coast. With confessional songs about unrequited love, sex and discovering oneself.  Featuring lyrics as straightforward as ‘The look in your eyes, My hand between your thighs’ it could be said she ain’t subtle, but it’s easy to see why she’s already developed a huge following in her home country.

With an EP Chapter 1 released in September and more singles slated for release in early 2019, this is one act to definitely keep an eye on.